The Mongolian-born Hakuho is sitting a win ahead of two wrestlers after the 10th day of the relocated tournament at Tokyo's Ryogoku Kokugikan.

In the day's final bout, Hakuho advanced one step closer to his record-extending 45th championship with a quick and easy win over No. 5 maegashira Hokutofuji (6-4). 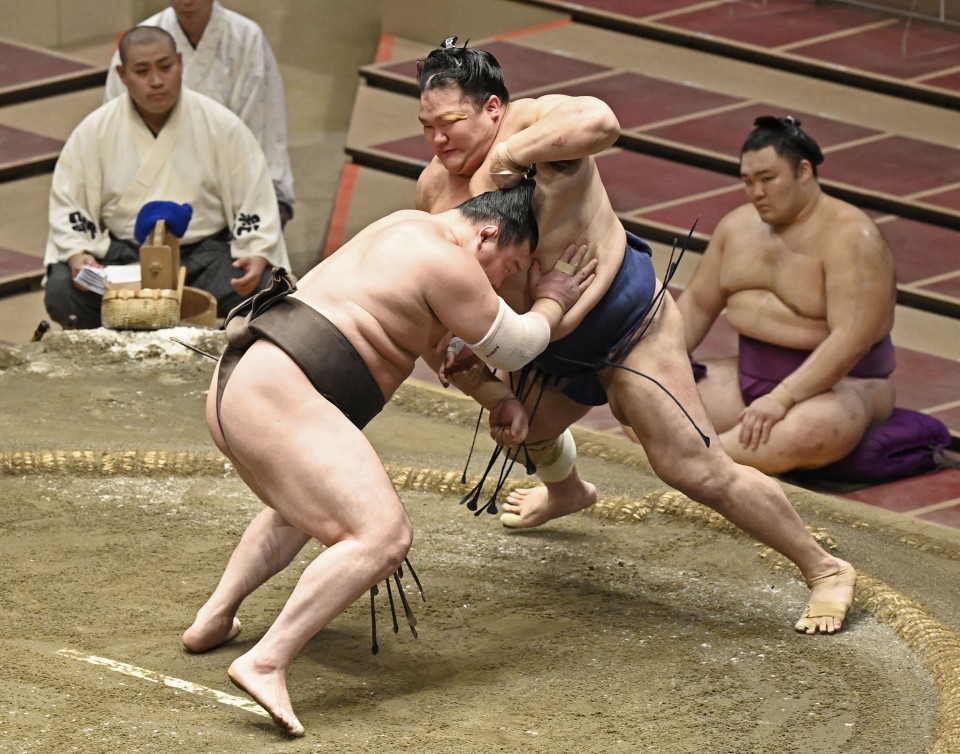 Fighting his 1,000th bout as a yokozuna, Hakuho bulldozed the 157-kilogram Hokutofuji straight off the raised ring in a matter of seconds.

Hakuho is the only grand champion competing at the 15-day meet following Kakuryu's withdrawal after his opening-bout loss. The 35-year-old Hakuho has been competing at the sport's highest rank since July 2007.

In the day's penultimate bout, Asanoyama suffered his first setback in his bid for a second Emperor's Cup, losing a hard-fought bout against sekiwake Mitakeumi (8-2). 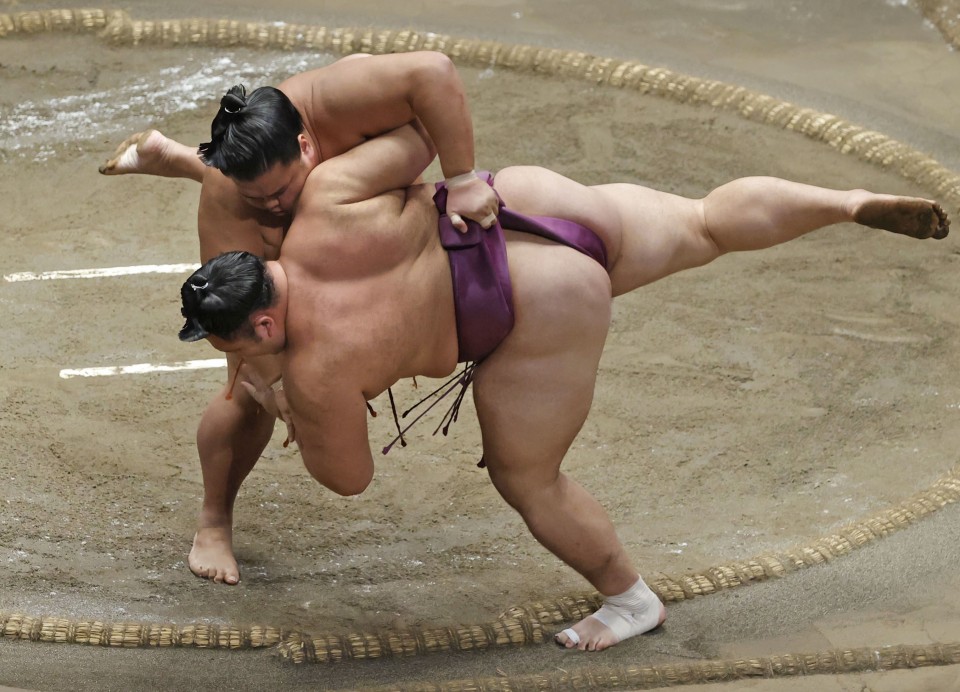 Mitakeumi prevented Asanoyama from getting a belt hold after the opening charge and tossed the overnight co-leader down with an overarm throw.

Asanoyama was promoted to ozeki, sumo's second-highest rank, after posting 10 or more wins at four straight tournaments. He claimed his maiden championship in May last year.

One of the two wrestlers who started the day at 8-1, former ozeki Terunofuji, won his bout against No. 12 Shohozan (2-8) to continue his strong return in the top makuuchi division.

The 28-year-old Terunofuji, who was demoted from the top tier in 2018, pulled on Shohozan's shoulder after the initial charge and forced him to fall forwards onto the dohyo.

Sekiwake Shodai, who also started the day one win behind the lead, was unable to stop a shoving attack from komusubi Daieisho (6-4) and was quickly thrust out for his second loss of the tournament.

In other bouts, ozeki Takakeisho (7-3) thrust down No. 4 Aoiyama (3-7) following a round of slaps. Takakeisho, fighting as a demotion-threatened "kadoban" ozeki, needs to collect one more win to hold onto his rank.

Top-ranked maegashira Endo (4-6) dispatched winless No. 2 Onosho (0-10). Looking for his first win after finishing 9-6 at the March meet, Onosho bulldozed his opponent toward the edge of the ring, but Endo survived and pulled off a textbook overarm throw.

The July meet is the first grand tournament held in four months following the cancellation of May's event due to the novel coronavirus pandemic.

It was moved from its traditional location in Nagoya to cut down on travel during the pandemic, with the Ryogoku Kokugikan limited to about a quarter of its capacity to prevent the spread of the virus.