Japanese slugger Yoshitomo Tsutsugo made his long-anticipated major league debut with a fifth-inning, two-run home run for the Tampa Bay Rays in Friday's 6-4 loss to the Toronto Blue Jays.

A day after Major League Baseball opened its delayed season, Japanese players made sure their long wait was worthwhile. Shogo Akiyama, the Cincinnati Reds' first Japanese player, hit an RBI single in his first at-bat, while Los Angeles Angels two-way star Shohei Ohtani also singled to kick off his season. 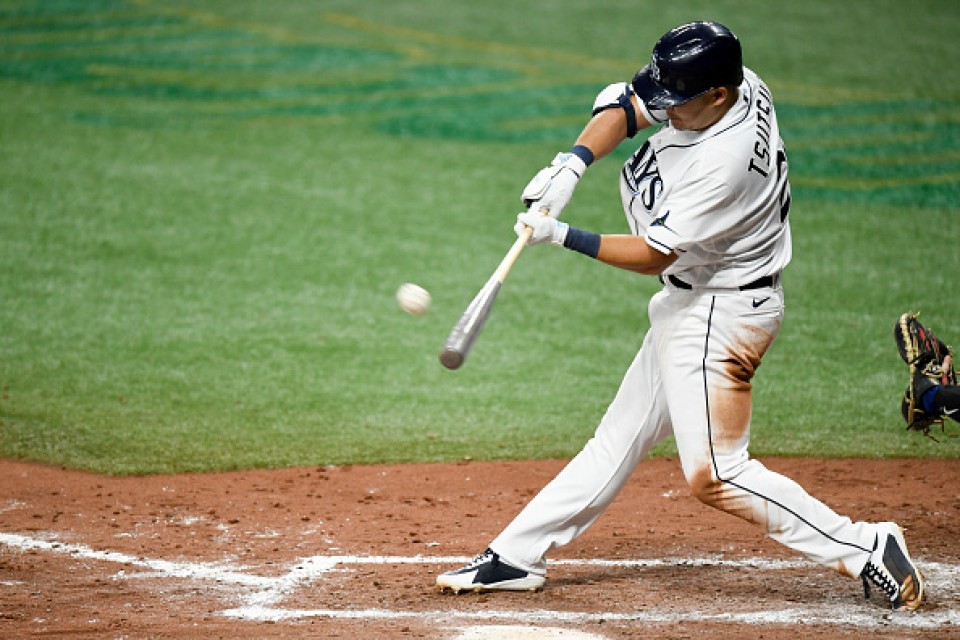 Yoshitomo Tsutsugo of the Tampa Bay Rays hits a two-run home run during the fifth inning against the Toronto Blue Jays on Opening Day at Tropicana Field on July 24, 2020 in St Petersburg, Florida. (Getty/Kyodo)

Baseball: NPB to maintain cap on spectator numbers till end of August

Tsutsugo, who signed with the Rays over the winter, blasted an opposite-field home run off Blue Jays starter Ryu Hyun Jin when his team was trailing 6-1 at Tropicana Field in St. Petersburg, Florida.

"I had a feeling it was going to be a home run. When I ran the bases, I felt as though it was something I had never experienced before since there were no fans in the stands," he said of making his major league debut behind closed doors.

Hitting third, Tsutsugo grounded out in his first at-bat and was hit by a pitch in the fourth inning, making the homer his first hit in the majors.

The Blue Jays scored three runs in the fourth inning and extended the lead with Cavan Biggio's three-run homer in the top of the fifth.

The 28-year-old Tsutsugo, a left-handed-hitting outfielder, started at third base, where he appeared in 135 games during his 10 seasons with the DeNA BayStars of Japan's Central League. In Japan, he had a career average of .285 with 977 hits, 205 homers and 613 RBIs in 968 games. 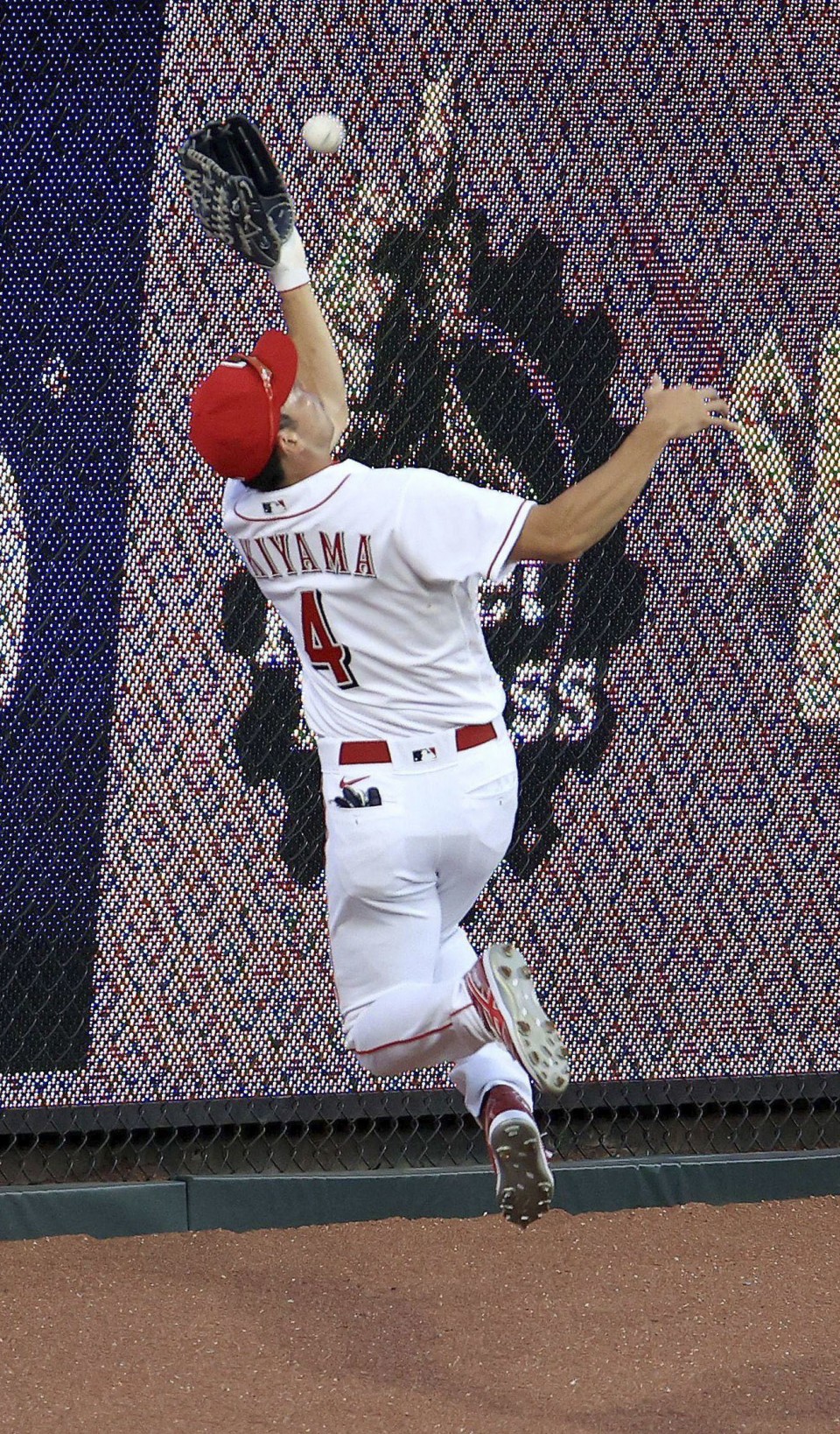 Shogo Akiyama of the Cincinnati Reds catches a fly ball in the 8th inning against the Detroit Tigers during the Opening Day of the 2020 season for both teams at Great American Ball Park on July 24, 2020 in Cincinnati, Ohio. (Getty/Kyodo)

At Cincinnati's Great American Ball Park, Akiyama entered as a pinch-hitter and singled in a run in his first major league at-bat. The Reds defeated the Detroit Tigers 7-1.

With Cincinnati leading 4-1 in the sixth, Akiyama singled up the middle and stayed in for defense. He made a good leaping catch against the wall in left field and grounded out in the eighth.

"Today's hit is in the books. I've finally become a major leaguer," said Akiyama, who came off the bench after being a starter and playing in every game over the past five seasons with the Seibu Lions of Japan's Pacific League.

"I am trying to make an impression. I want to do my best so that I can get more time in the batter's box."

Meanwhile at Oakland Coliseum, Ohtani kicked off his third MLB season with a first-inning single in the Los Angeles' 7-3 loss to the Oakland Athletics.

With two outs and the bases loaded in the ninth, Ohtani had the chance to break a 3-3 tie. But he struck out swinging against right-hander Liam Hendriks, the A's fifth reliever.

One of Major League Baseball's adjustments to the coronavirus pandemic is to reduce playing time by adopting a form of the international tiebreak rule and start extra innings with a runner on second. Ohtani became the first player in MLB history to begin an extra inning on base, when he started the 10th on second base. He was, however, tagged out in a rundown after a sharp grounder to first.

Ohtani is scheduled to return to the mound on Sunday in the Angels' third game of the season. The 26-year-old has not pitched in a regular-season game since 2018 after tearing his ulnar collateral ligament and undergoing Tommy John surgery.

Major League Baseball opened its season after a four-month delay due to the pandemic.

Every team will play 60 games. Teams will be playing 40 games against opponents in their own division and 20 interleague games against teams in the corresponding geographic division from the other league.