In some areas, volunteers removed mud and debris and construction of temporary housing for disaster victims got under way.

According to the land ministry, 101 rivers in 12 prefectures have overrun their banks, inundating at least 1,550 hectares of land, and there have been 282 cases of damage from landslides, about one-fifth of which occurred in Kumamoto Prefecture, hit hardest by the rain.

Kumamoto Prefecture began construction of wooden temporary housing Saturday to accommodate disaster victims from mid-August. Fifteen units will be built in Hitoyoshi and 25 in Yamae. 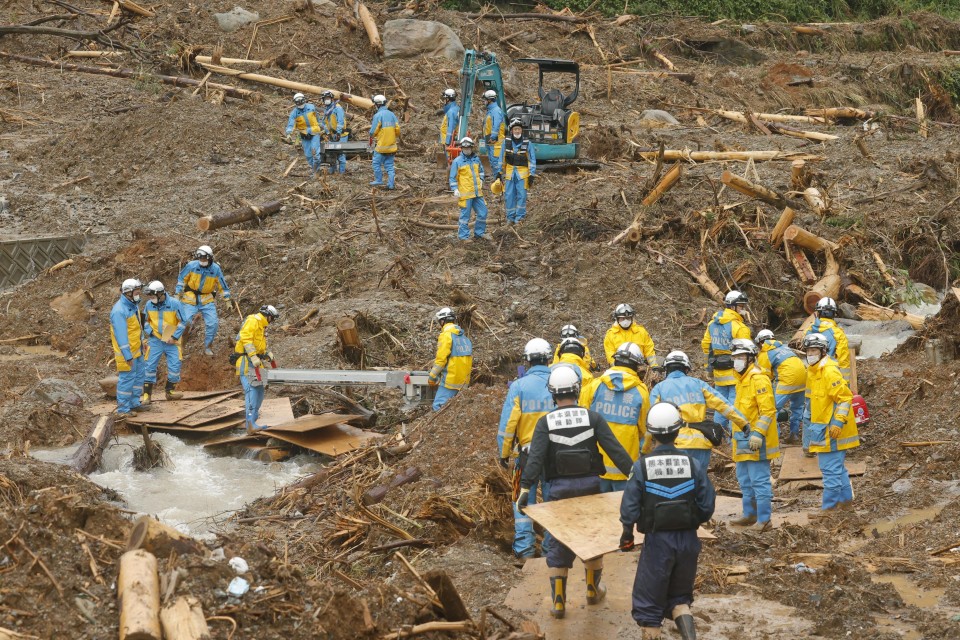 Assistance from volunteers has been hampered by the spread of the novel coronavirus, with many municipalities deciding to accept help only from residents of their own prefectures.

In the past, disaster-affected communities in Japan have attracted volunteers from across the country, especially at weekends.

About 80 rescue workers including police and members of the Self-Defense Forces braved the rain Saturday morning to search for the missing in the hard-hit Kumamoto village of Tsunagi, removing mud and debris by heavy machinery and shovels. They later found a man's body buried in the mud.

"Our work was hampered by debris of concrete and houses but we engaged in a search operation, wishing to return (victims' bodies) to their families as soon as possible," said Tsubasa Nishio, a police officer from central Japan's Aichi Prefecture.

In Kyushu, a total of 99 homes for elderly people have been hit by torrential rain and 89 of them, or 90 percent, are still affected by flooding, power outage and cuts in water supply, welfare ministry data showed Saturday.

At the Senjuen nursing home near the Kuma River, which overran its banks, 14 people were killed. Many of the facilities are built in disaster-prone areas such as near the river and mountains due partly to low land prices.

In the southern part of the prefecture, 13 public schools are expected to remain closed next week, affecting 1,200 students. Those institutions had only resumed classes about a month ago following closures between March and May due to the coronavirus pandemic.

The prefecture also said damage from the disaster to local farm, fishery and forestry products will amount to at least 11.5 billion yen ($108 million). 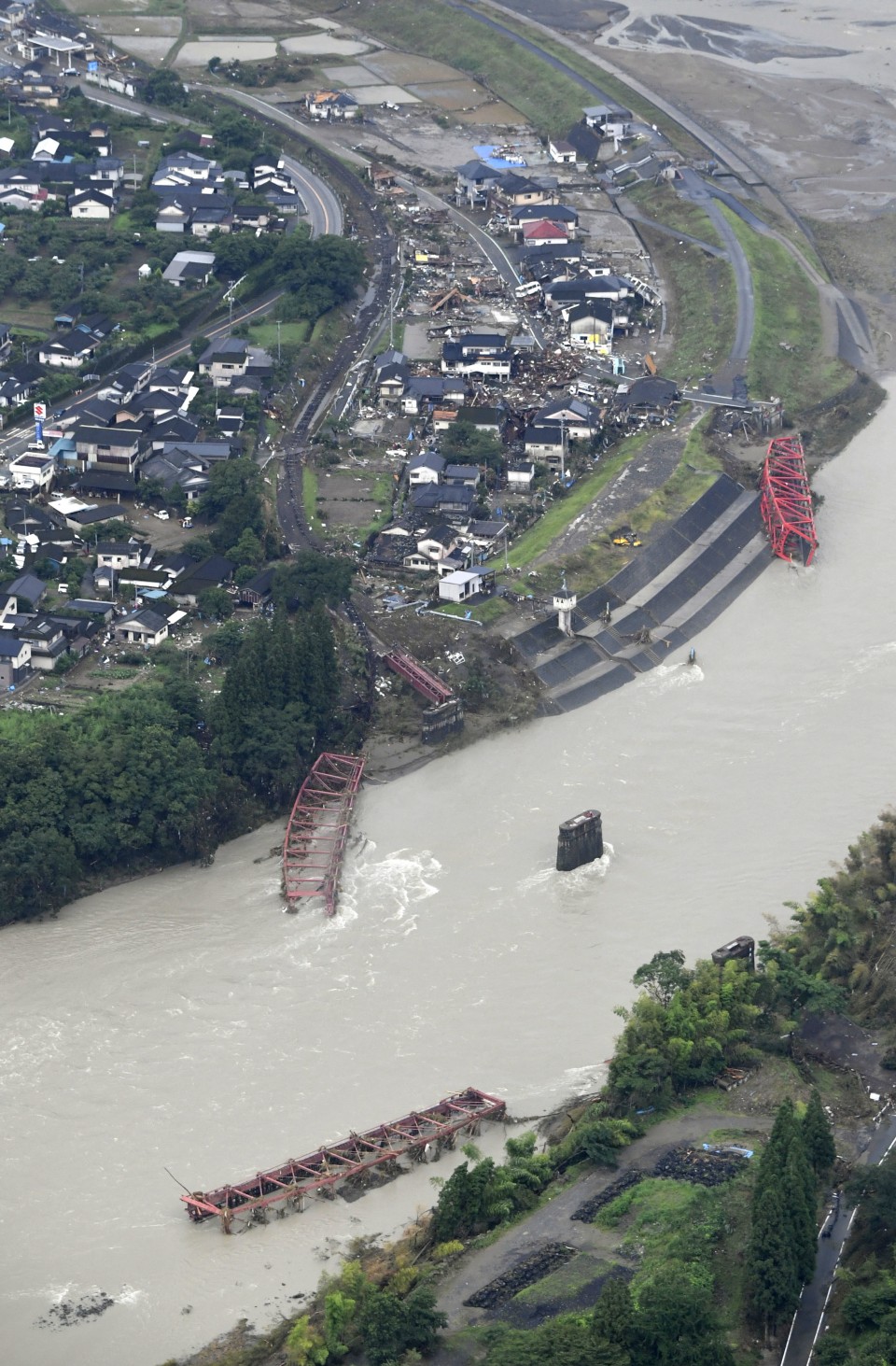 Photo taken from a Kyodo News helicopter on July 10, 2020, shows severed bridges over the Kuma River in the village of Kuma, Kumamoto Prefecture, southwestern Japan, after torrential rain. (Kyodo) 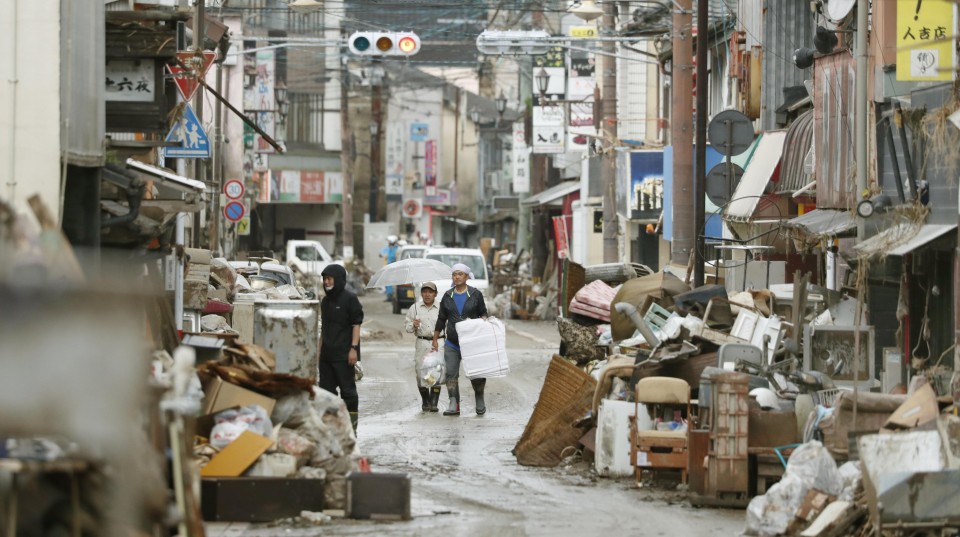 Flood-damaged items are put out on a street for disposal in the flood-hit city of Hitoyoshi, Kumamoto Prefecture, southwestern Japan, on July 10, 2020, following torrential rain. (Kyodo)