It was the fifth straight year for Japanese women to come second, while Japanese men ranked third for the third consecutive year. Spanish women placed third at 86.22, while Swiss men were listed second at 81.7. 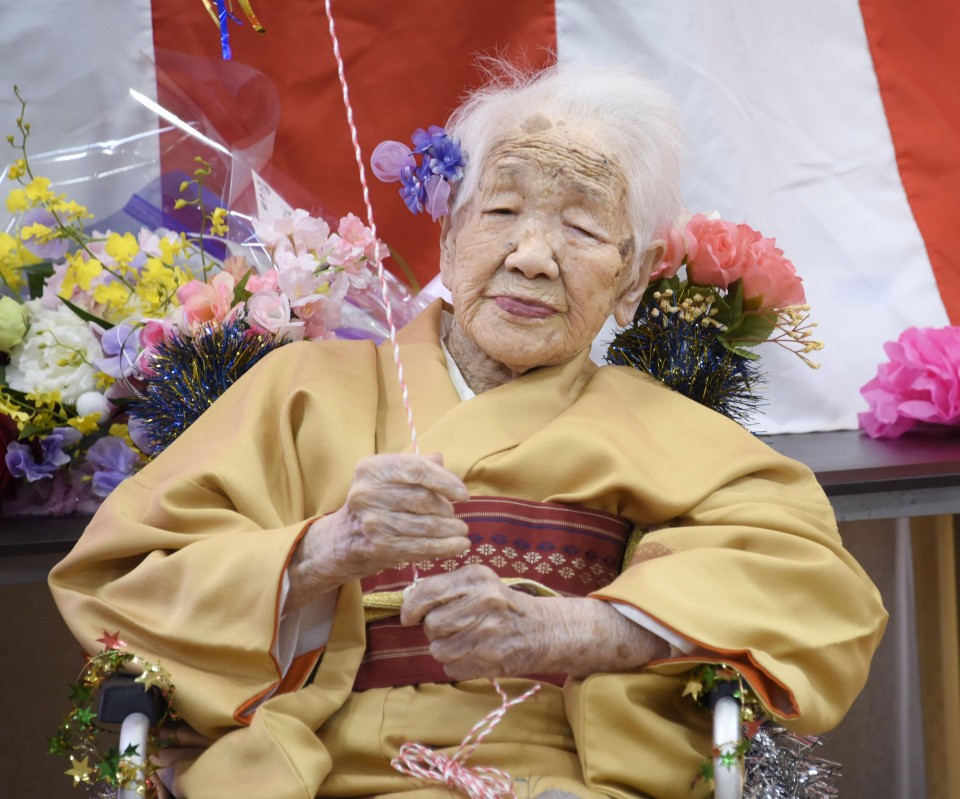 Kane Tanaka, recognized as the world's oldest living person by Guinness World Records, is pictured in Fukuoka, southwestern Japan, on Jan. 5, 2020, as a nursing home celebrates three days after her 117th birthday. (Kyodo)

"Increasing public consciousness about health and medical progress" contributed to the rise in life expectancy, an official of the Ministry of Health, Labor and Welfare said. "We expect it to continue to rise gradually."

From 1985 through 2010, Japanese women had the world's longest average life expectancy, which denotes the expectancy at birth. But they fell behind women in Hong Kong in 2011 following the devastating earthquake and tsunami that hit northeastern Japan in March that year.

Japanese women regained the top spot in 2012 and kept it before being again replaced by Hong Kong women in 2015.