Long wary of political change, Singaporeans now appear more willing to embrace the opposition. That has brought the winds of change to Singapore politics, which has been dominated by one party for six decades.

"I think Singapore is (moving) into a new dawn of political development," Leong Mun Wai, a politician from the newly launched opposition Progress Singapore Party, said after a July 10 general election showed a big decline in voter support for the long-ruling People's Action Party. 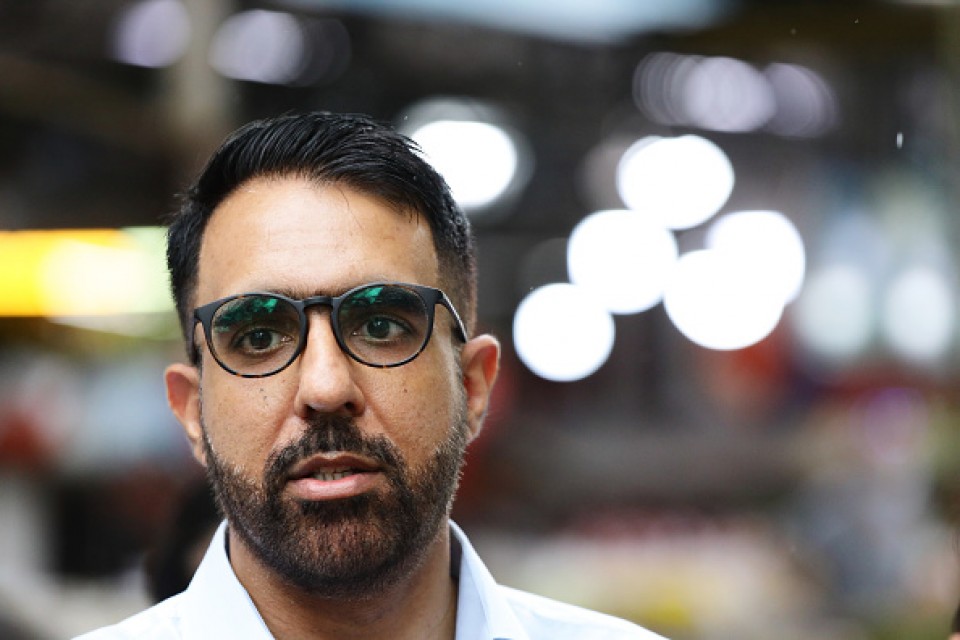 Workers' Party Secretary-General, Pritam Singh speaks to reporters during a campaign walkabout ahead of the general election on July 7, 2020 in Singapore.(Getty/Kyodo)

"The voters, both young and old, are willing to vote against the PAP, we can see that the fear factor in Singapore is declining," said Leong, who ran in the election as part of a team of Progress Singapore Party candidates that nearly toppled their PAP opponents by winning 48 percent of the votes.

The ruling party, headed by Prime Minister Lee Hsien Loong, retained power, but its share of votes sharply fell from nearly 70 percent in the previous election in 2015 to 61 percent, one of the lowest levels of support it has received.

For the first time, the opposition wrested two multi-seat constituencies, which are more difficult to win than single-seat districts, with the Workers' Party bagging its second. That has increased the party's seats from six to 10 in the 93-seat parliament -- the highest number of parliamentary seats to be won by the opposition since independence in 1965.

As a result, the government designated Pritam Singh, secretary general of the Workers' Party, as the country's first-ever official Leader of the Opposition in parliament, with privileges and resources to function in the parliamentary position.

"The election has shown a strong desire amongst Singaporeans for greater diversity of views in politics. Voters want the PAP to form the government, but they also want more robust debate of policies and plans," Lee said at the swearing-in ceremony this week.

"We have to give expression to it, and evolve our political system to accommodate it," Lee said.

There had long been a perception among the public that Singapore cannot survive without the PAP, which has been credited for its economic success and social stability. The perception, or a fear of the opposition for some voters, did not help the opposition at the ballot box.

There was also a fear of government retribution. Despite a promise of secrecy in voting, rumors have festered for decades that ballot papers had numbers that could be traced back to voters, some of whom might be treated unfairly by the government later.

In the past, some PAP leaders had also threatened voters that the housing estate in constituencies that did not vote for the PAP would be relegated to the back of the line for government-sponsored renovations.

The so-called fear factor, which helped to keep the PAP in power for decades, appears no longer as potent as it used to be.

When the recent election results showed the Workers' Party gaining more seats, people in Workers' Party-held wards came out to celebrate on the streets, a big difference from the past when most Singaporeans had a deeply entrenched phobia of getting into trouble by openly supporting the opposition.

"I notice the fear factor is being reduced now, and there is less of a concern that if they vote for the opposition, this country is going to collapse," Progress Singapore Party leader Tan Cheng Bock said at a news conference after the election.

Gilbert Goh, a counselor and social activist who helps retrenched workers, said people are also seething with anger at the perceived income inequality between foreign professionals and Singaporeans.

Goh said he has personally seen many cases of Singaporean professionals who have been dismissed from companies that hired foreigners, and that the situation is getting worse.

"Why are citizens struggling when foreigners get jobs, (why do) they live in a condo with swimming pools while we live in (public housing)," Goh said, explaining the sense of inequality that has driven more Singaporeans to support the opposition.

Goh himself contested in the recent election as an opposition candidate.

"We don't need so much foreign talent, younger people cannot get jobs, and some become Grab drivers," he said, adding that the government is "sacrificing locals by bringing foreign talent."

In their election campaign this year, opposition parties called for a tightening of employment passes issued to foreign professionals and a review of free trade deals with other countries, particularly with India, a major source of such professionals in the city-state.

And there was the premier's estranged younger brother, Lee Hsien Yang, who, by lending support to the opposition -- notably by joining the Progress Singapore Party -- helped allay a lingering fear about voting for the opposition.

"Lee Hsien Yang gave courage to voters that they can love the country and still go for the opposition," Goh said.

With voters now getting bolder, opposition candidates are feeling optimistic that the PAP's share of votes would fall below 60 percent in the next general election as the battle for their support intensifies.

But he added that even if the PAP's share of votes falls further, and even if it loses more seats, the party is still likely to win most of the seats in parliament.