The government plans to begin a contentious travel initiative next week as planned, despite a resurgence in new coronavirus cases, by excluding hardest-hit Tokyo from the campaign, the tourism minister said Thursday.

Trips by residents of Tokyo and journeys to and from the capital will be ineligible for the government's subsidy program, which will begin on Wednesday in a bid to spur domestic travel, tourism minister Kazuyoshi Akaba told reporters. 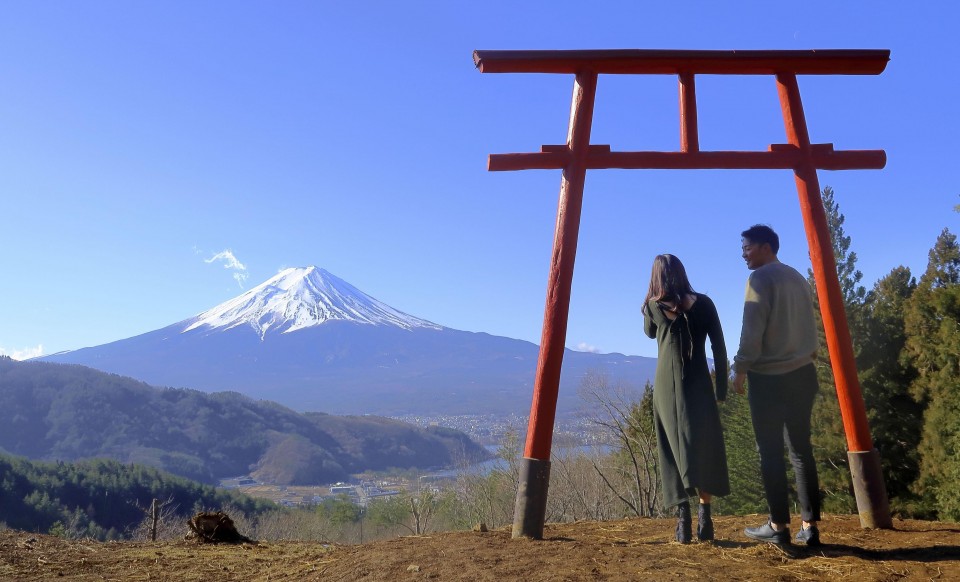 "We will commence the campaign, as we ask both the lodging industry and travelers to take measures to prevent the spread of the virus" in the remaining 46 prefectures, Akaba told reporters.

The government planned to subsidize accommodation and transport fees nationwide under the Go To Travel Campaign to help rejuvenate the virus-stricken economy by sparking tourism.

But it has faced increasing calls for a review of the program, due to growing concern that the travel promotion campaign could add to a resurgence of virus infections in Japan.

The number of new coronavirus infections in Japan rose by 454, the largest since a state of emergency was lifted in late May, to 22,982 on Wednesday, the day when Tokyo raised its infection alert to the highest level.

As Tokyo remains the hardest-hit area with its virus cases accounting for about a third of the nationwide tally, the capital reported a single-day record of 286 new cases Thursday to 8,640.

The same day, more than 600 new coronavirus cases across the country were reported for the first time since April 11, bringing the total to around 23,500, excluding some 700 from the Diamond Princess, the cruise ship that was quarantined in Yokohama in February.

Tokyo Gov. Yuriko Koike has called on residents to avoid nonessential travel to other prefectures.

"The government needs to explain (its decision) to the public, including Tokyo residents," she told reporters.

The campaign was initially slated to begin in August before Japan's Obon holidays around the middle of the month. But it was brought forward to start ahead of a four-day long weekend from July 23.

The government plans to initially provide discounts worth 35 percent of a tourist's total costs with a further 15 percent covered by coupons to be issued after September for food, shopping and other travel activities.

It remains to be seen how effective Tokyo's exclusion from the campaign will be as a step to prevent the spread of the virus, given some travelers could stay in the outskirts of Tokyo while making day trips into the city.

Opposition parties and local governments had urged the central government to delay the initiative or start it with limited areas, while some regions are reeling from recent torrential rain.

Yukio Edano, who heads the main opposition Constitutional Democratic Party of Japan, said it is not the right time to promote tourism.

"We need to stop and rethink it," he said.

More than half, or 26, of Japan's 47 prefectures believe the campaign should initially be restricted to certain areas, a Kyodo News survey showed Thursday.

"The success in containing the virus that regional areas worked so hard for could be undone in a flash," Ehime Gov. Tokihiro Nakamura said.

Shimane Gov. Tatsuya Maruyama said he was also opposed to the nationwide travel promotion. The numbers of new infections remain relatively low in Ehime and Shimane, with 82 and 25 cases as of Wednesday. 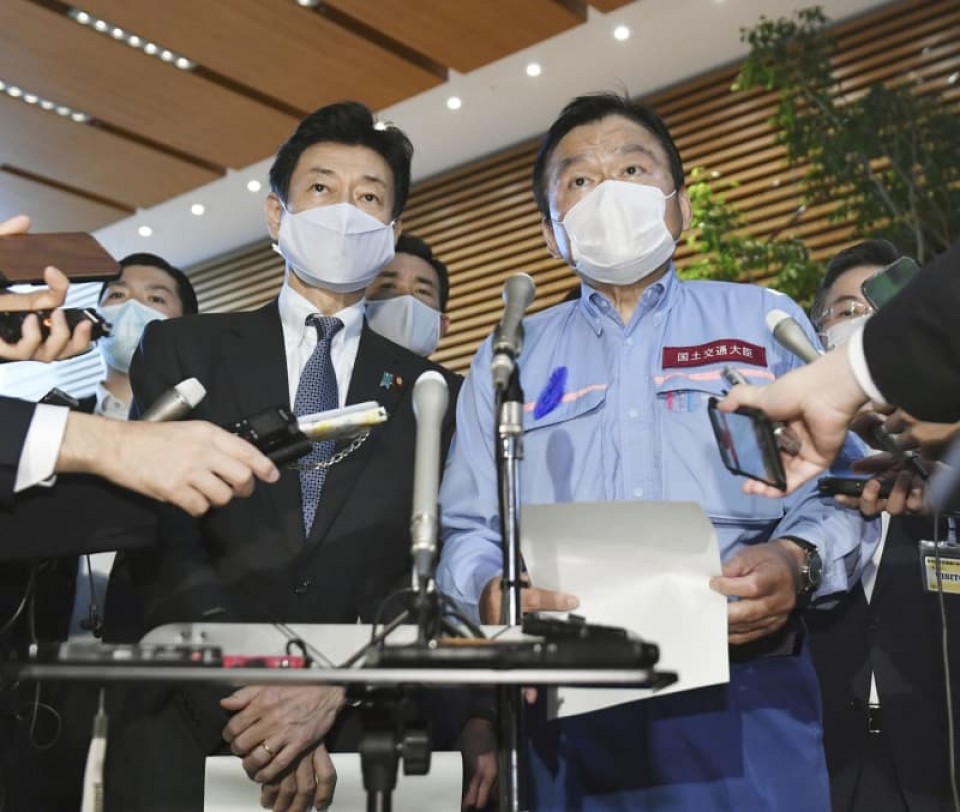 Economic revitalization minister Yasutoshi Nishimura (L), who is also in charge of the coronavirus response, and tourism minister Kazuyoshi Akaba speak to reporters on July 16, 2020. (Kyodo)