North Korean leader Kim Jong Un has emphasized that the country has become a "nuclear power" that can defend itself against any pressure from hostile forces, state-run media reported Tuesday.

With denuclearization negotiations between North Korea and the United States at a standstill, Kim reiterated his stance that Pyongyang has no intention of abandoning nuclear weapons without concessions from Washington, according to the Korean Central News Agency.

"We have taken the path of self-development into a nuclear power," Kim was quoted as saying in his speech at the National Conference of War Veterans on Monday's 67th anniversary of the suspension of open hostilities in the 1950-1953 Korean War. 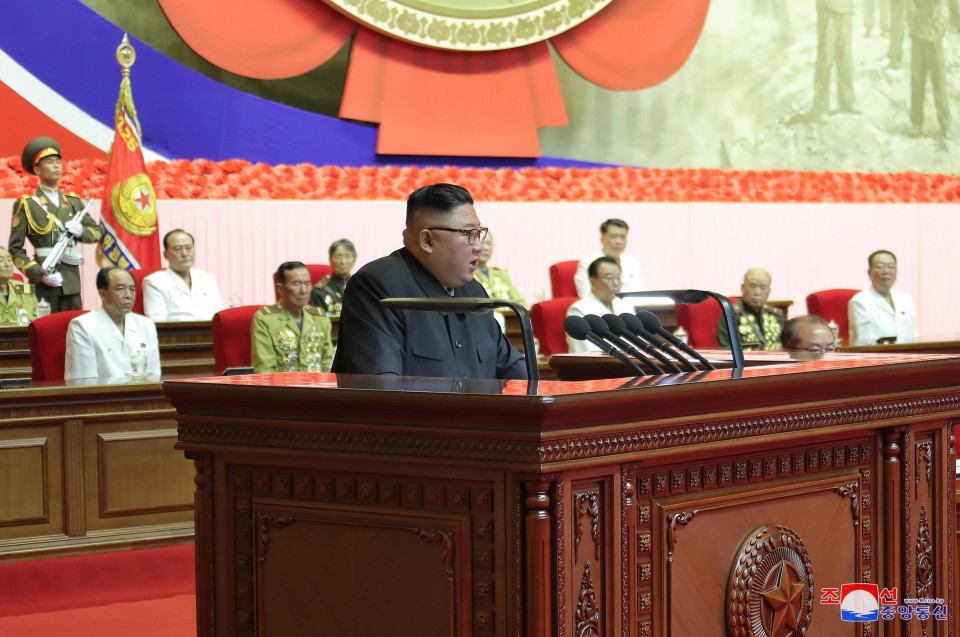 "Thanks to our dependable and effective self-defensive nuclear deterrence, there is no longer the word war here, and the security and future of our country will be assured forever," Kim said, committing to cementing "the strongest national defense."

During the Korean War, which began on June 25, 1950, with a North Korean invasion, the United Nations forces led by the United States fought alongside the South against the North. North Korea was supported by China and the Soviet Union, Russia's predecessor state.

Hostilities ceased with an armistice agreement signed on July 27, 1953, by the U.S.-led U.N. Command, North Korea and China. July 27 is celebrated as "Victory Day" in the North.

Earlier this month, Kim's sister and close aide Kim Yo Jong said in a statement carried by official media that a meeting between the leaders of North Korea and the United States is unlikely to take place this year unless Washington changes its hard-line stance toward Pyongyang.

The first vice department director of the Central Committee of the ruling Workers' Party of Korea also said North Korea cannot denuclearize now as its talks with the United States have been stalled over sanctions relief.

At their first-ever summit in June 2018 in Singapore, U.S. President Donald Trump promised Kim Jong Un that Washington would provide security guarantees to Pyongyang in return for "complete" denuclearization of the Korean Peninsula.

But Trump and Kim fell short of bridging the gap between Washington's denuclearization demands and Pyongyang's calls for sanctions relief at their second summit in the Vietnamese capital Hanoi in February last year. 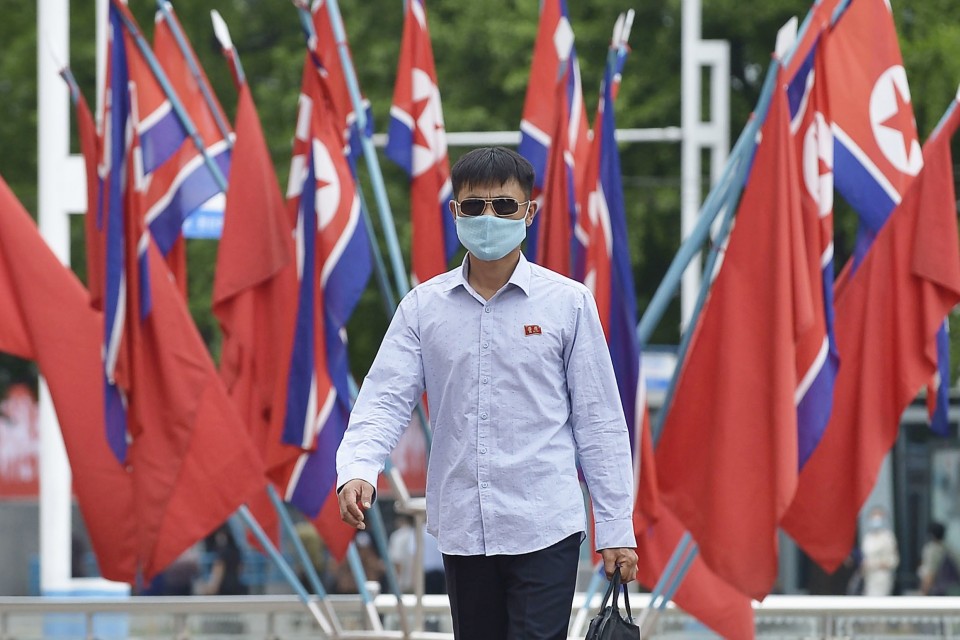 A man walks in Pyongyang on July 27, 2020, wearing a face mask to prevent coronavirus infection. (Kyodo)

Speaking at a press conference on Tuesday, Japanese Chief Cabinet Secretary Yoshihide Suga declined to comment on Kim's speech, only stressing the importance of following through on the commitments made in Singapore and reiterating that Tokyo would continue to support U.S.-North Korean efforts to reach a resolution.

After the collapse of the Hanoi meeting, North Korea has test-fired what appear to be short-range ballistic missiles in defiance of U.N. Security Council resolutions, while vowing to bolster its nuclear deterrence to counter the United States.

On Sunday, meanwhile, North Korea said a first suspected case of the new coronavirus has been detected in the country. In an attempt to prevent the spread of infections, the nation has blocked the border city of Kaesong, where the case was spotted.

In Pyongyang, however, participants of Monday's national conference did not wear protective face masks and fireworks were set off at night, likely suggesting an eagerness within Kim's leadership to signal that the virus has not reached the capital.