Asanoyama quickly dispatched top-ranked maegashira Endo (1-1) after getting a left-handed outside hold on his belt and driving him out in the penultimate bout on Day 2 at Tokyo's Ryogoku Kokugikan. 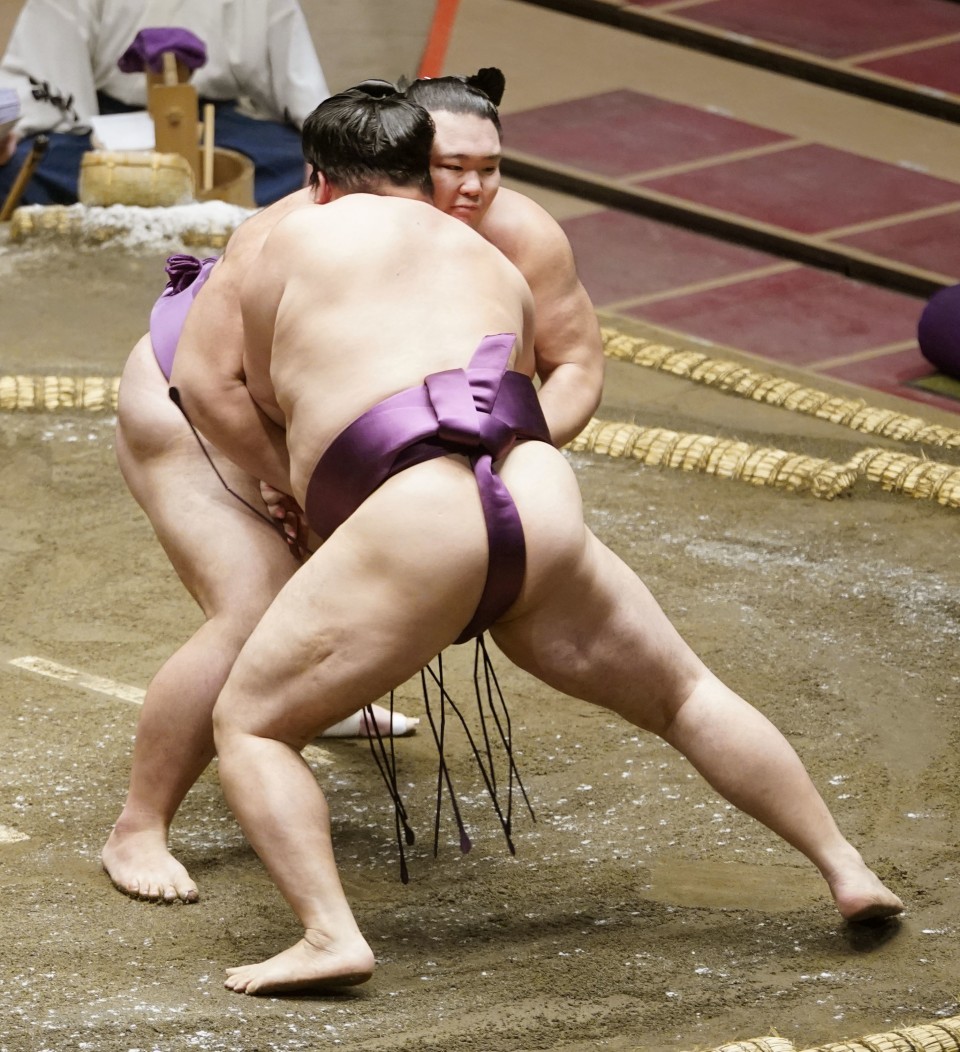 Hakuho then wrapped up No. 1 Yutakayama (0-2) and flipped the rank-and-filer to the clay with a perfectly executed underarm throw.

Asanoyama, who aims to follow in Hakuho's footsteps at the pinnacle of the sport, is chasing his second championship since winning his maiden title at last year's Summer meet.

Hakuho -- the sole remaining yokozuna following Kakuryu's injury withdrawal earlier in the day -- is gunning for his 45th title, and first back-to-back championship since 2017.

The rest of the elite-level wrestlers also fared well. Takakeisho improved to 2-0 after taking out No. 2 Onosho (0-2). The demotion-threatened "kadoban" ozeki, who needs to clinch at least eight wins to keep his rank, pushed Onosho back and then slapped him down as he tried to rally.

Both sekiwake prevailed on Day 2 to remain perfect in the race for the year's third Emperor's Cup.

Mitakeumi was driven back after a good initial charge from No. 2 Takanosho (0-2), but shifted to the side at the straw and slapped his opponent down. Shodai came out of the gates charging and steamrolled No. 3 Takarafuji (0-2).

Komusubi Daieisho got the day off and earned his second win by default after his scheduled opponent, Kakuryu, pulled out with a right elbow injury.

Kakuryu (0-2) slipped in his opening bout against Endo and will likely be out for the remainder of the meet after aggravating an injury sustained in practice last week, according to his stablemaster Michinoku.

Komusubi Okinoumi (1-1) pushed out No. 3 Kiribayama (0-2) to claim his first win of the meet, which has been relocated from Nagoya to Tokyo to combat the spread of the coronavirus.

Among the former ozeki in competition, No. 13 Takayasu (1-1) needed over a minute to defeat No. 12 Shohozan (0-2) but eventually captured his first victory. Takayasu kept Shohozan away from his belt and, after a lengthy standoff, pulled his fellow veteran down. 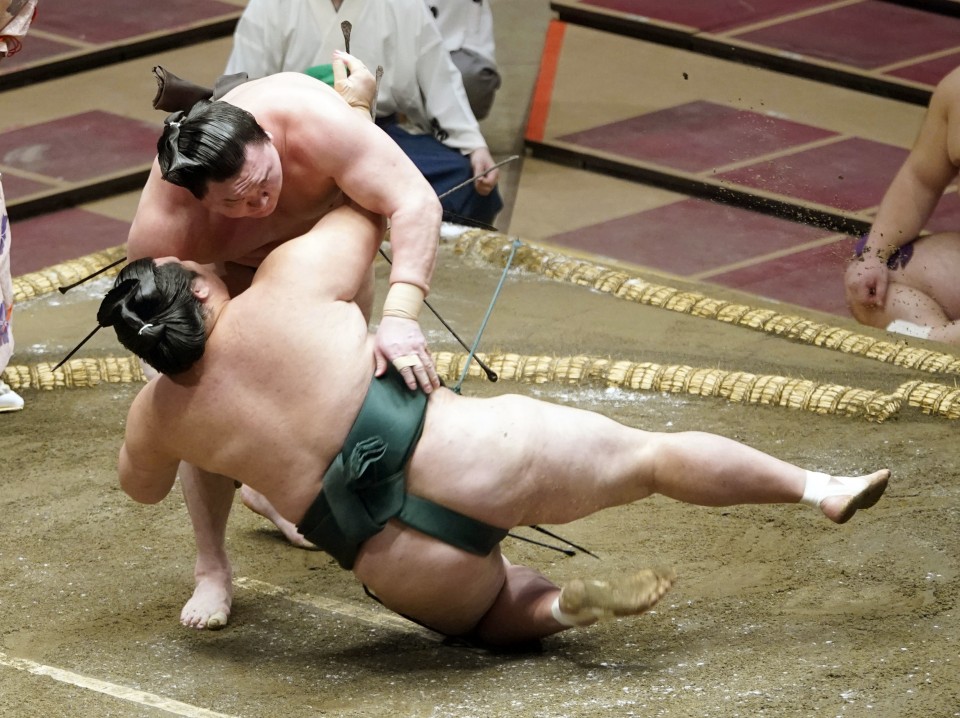 No. 17 Terunofuji -- who is competing in the top flight for the first time in 14 tournaments -- outmuscled No. 16 Kotoeko (1-1) and picked up his second straight win.

In other bouts, No. 6 Enho (1-1) got his first win after defeating No. 7 Tokushoryu, the surprise winner of January's New Year meet. The diminutive fan-favorite anchored himself low in front of Tokushoryu (0-2) and bulldozed the wrestler nearly twice his size straight over the straw.

Makuuchi newcomer Kotoshoho showed off his defensive skills against No. 14 Wakatakakage (0-2) to remain spotless in his first top-division tournament.

The rookie grapplers locked up before Wakatakakage shoved No. 15 Kotoshoho to the edge of the ring, but Kotoshoho stayed alive long enough to thrust Wakatakakage down to the clay.