Japan international Takefusa Kubo scored his fourth goal of the season Thursday as relegation-threatened RCD Mallorca bolstered their bid to remain in the Spanish top flight with a 2-0 win over Levante.

The 19-year-old attacker, on loan from Real Madrid, has been a driving force behind Mallorca's fight to stay up, starting all eight games since La Liga resumed its coronavirus-affected season. 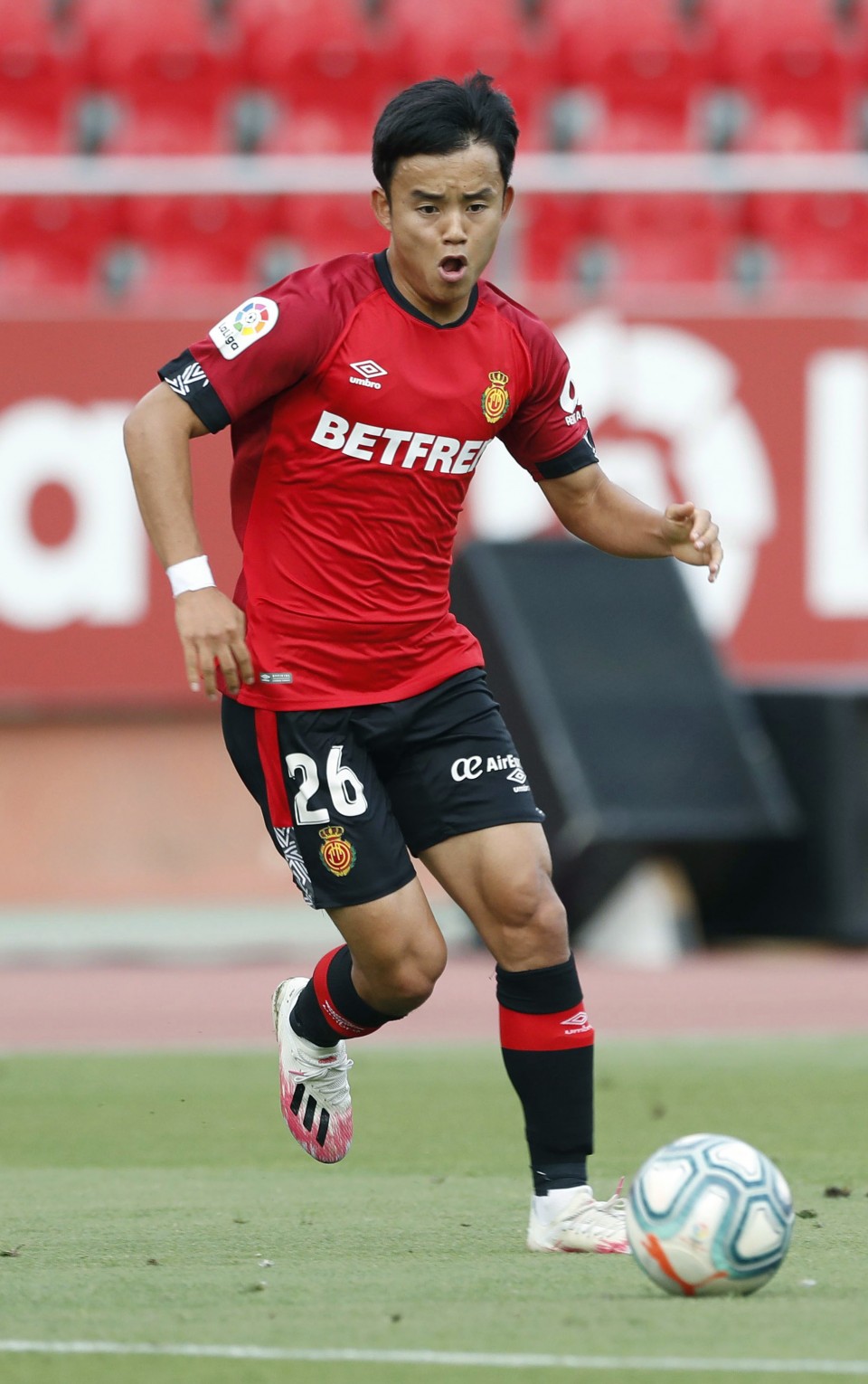 Real Mallorca's Takefusa Kubo in action in the first half of a match against Lavante on July 9, 2020. (Kyodo)

Following their victory over mid-table Levante, Mallorca are in 18th place on 32 points, three points behind Alaves and three ahead of Leganes, who drew 0-0 with Eibar.

Kubo struck late against Levante, slamming in from close range after goalkeeper Aitor Fernandez parried an attempt from Mallorca midfielder Salva Sevilla in the 84th minute.

The Japanese youngster had created the scoring opportunity by dribbling through the Levante defense and launching a shot that forced a diving save from Fernandez, with Mallorca regaining possession.

Forward Cucho Hernandez opened the scoring for the hosts with a header in the 40th minute at Visit Mallorca Stadium.

"We came out and fought the way we needed. We have to keep it going," Kubo said, according to Mallorca's official site.

Although his loan from giants Real is only until the end of the season, Kubo is determined to ensure Mallorca avoid the drop to the second division.

"I have to give everything I've got, right down to my last drop of sweat," he said.

In addition to his four goals, Kubo has had five assists in 33 appearances for Vicente Moreno's side this season.