Kazuyoshi Miura is poised to extend his record as the J-League's oldest-ever player for newly promoted Yokohama FC, but the 53-year-old has his sights on an even loftier target -- becoming the oldest goal scorer in the Japanese top flight.

The man known as King Kazu is not the only Yokohama FC veteran chasing the goal-scoring record, however, with 42-year-old Shunsuke Nakamura also aiming to surpass the mark set by Brazilian great Zico in 1994 at the age of 41 years, three months and 12 days.

Miura and Nakamura discussed their aspirations with teammate and fellow former Japan international Daisuke Matsui, 39, in an online talk show broadcasted by Yokohama FC on Friday, on the eve of the J1's restart following a four-month suspension due to the coronavirus pandemic.

"In my case, I want to become part of the roster and play in games. Nevertheless, I want to get a goal and contribute to our victory," Miura said.

Renowned for striking a dead ball like few others during his time with Scottish side Celtic, Nakamura said he hoped to find the net with one of his trademark free kicks. 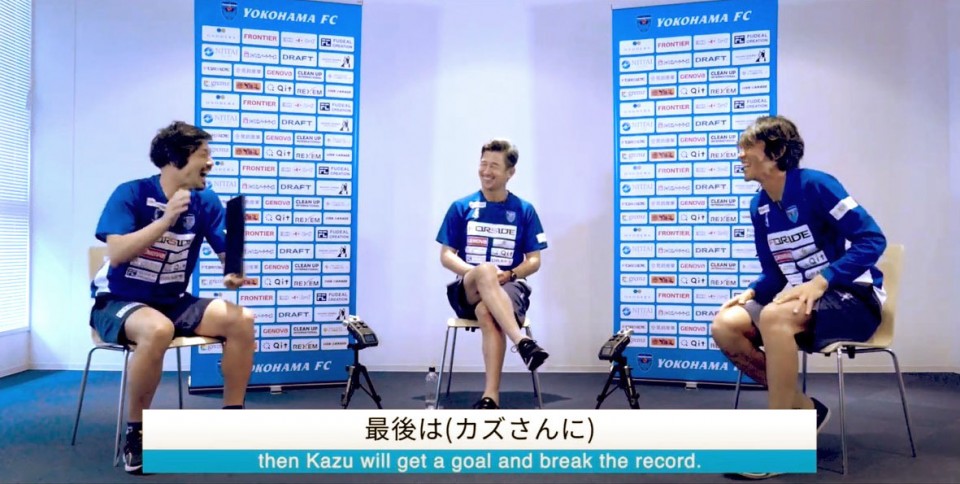 "I want to get a goal by a direct free kick -- at least three goals," said Nakamura, who holds the league record of 24 free-kick goals.

The playmaker joked he would be willing to subsequently relinquish the mantle of oldest goal scorer to Miura.

Miura said he would "aim to do the Kazu dance," referring to his well-known goal celebration. 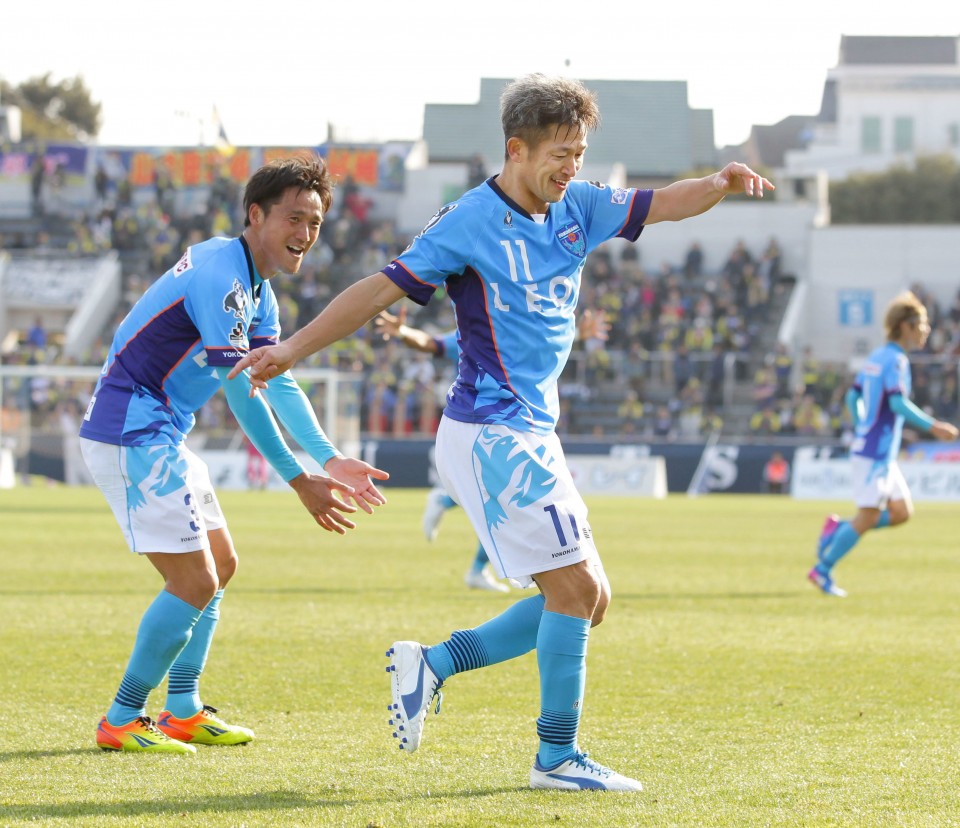 Yokohama FC's Kazuyoshi Miura (R) celebrates with his signature "Kazu dance" after scoring a goal against Thespa Kusatsu during a J-League second division game at Mitsuzawa Stadium in Yokohama, near Tokyo, on March 12, 2017. (Kyodo)

While the veterans are not expected to see much playing time, Yokohama FC manager Takahiro Shimotaira said they had an important role with the squad.

"You can't win games purely by force. You need experience and the ability to use your voice to direct the players around you," Shimotaira said in an online interview Thursday.

Yokohama FC, who returned to the top flight this year for the first time since 2007, will face Consadole Sapporo on Saturday in the first round of J1 matches following the suspension of play in late February.