A bunch of high-end red grapes sold Thursday in central Japan for 1.3 million yen ($12,200), a record price for the second year in a row, in the season's first auction.

The "Ruby Roman," whose grapes are each about the size of a ping-pong ball, had fetched 1.2 million yen last year. The variety was developed by Ishikawa Prefecture. 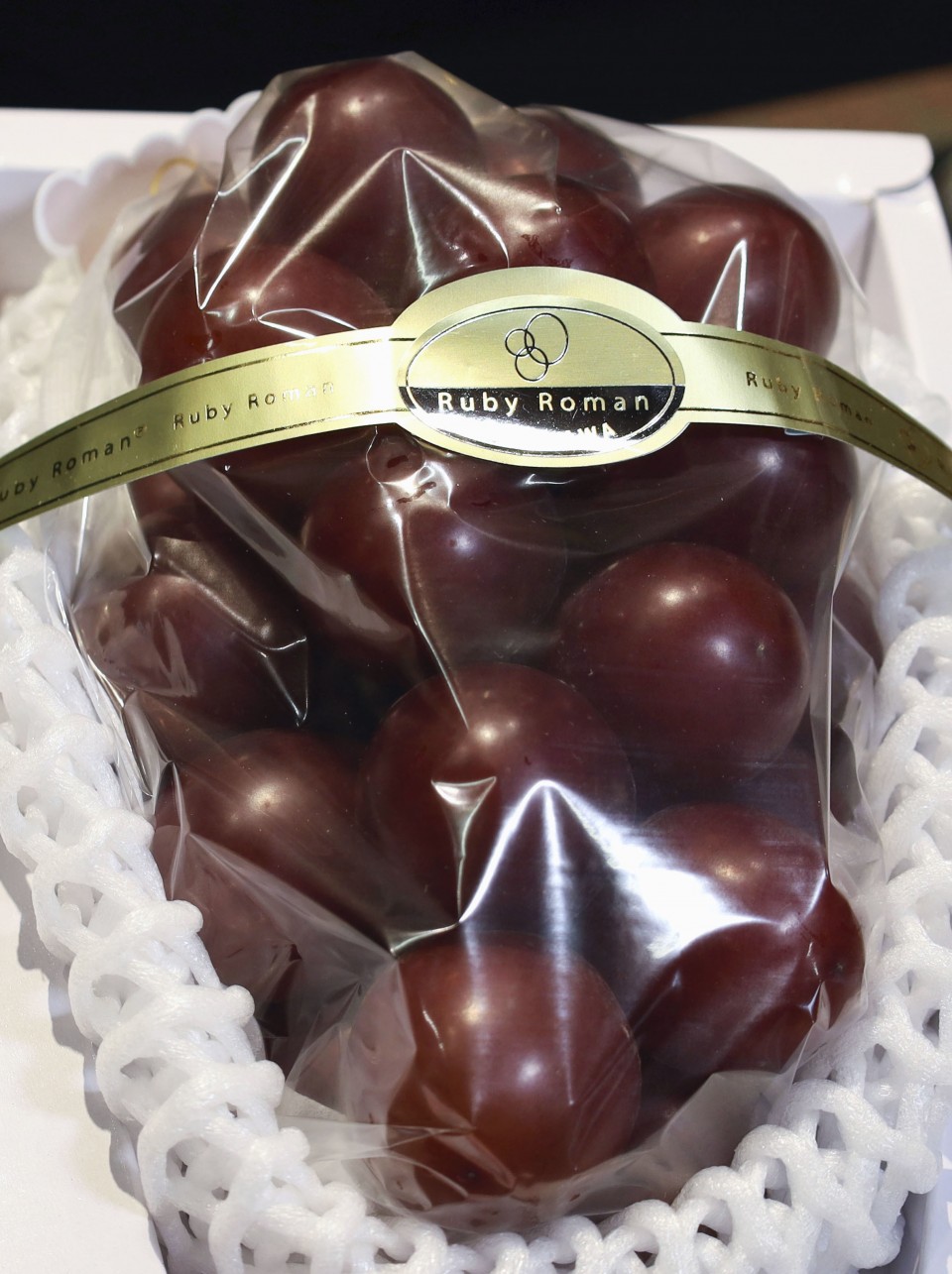 Hyakurakuso, an operator of traditional "ryokan" inns in the prefecture, was the successful bidder, buying the grapes through a wholesaler at the central wholesale market in Kanazawa.

"We made the highest bid to encourage society as it suffers from the new coronavirus, and with an appreciation for food," Mitsutaka Sakamoto, 39, head chef of Hyakurakuso, said with a smile. "We would like to provide hope for agricultural producers across the country."

The Ruby Roman is known for a high sugar content and low acidity ever since it made its market debut in August 2008.

There had been worries about a potential negative impact from high humidity brought on by long spells of rain on this year's harvest, according to JA Zennoh Ishikawa, a farming cooperative. 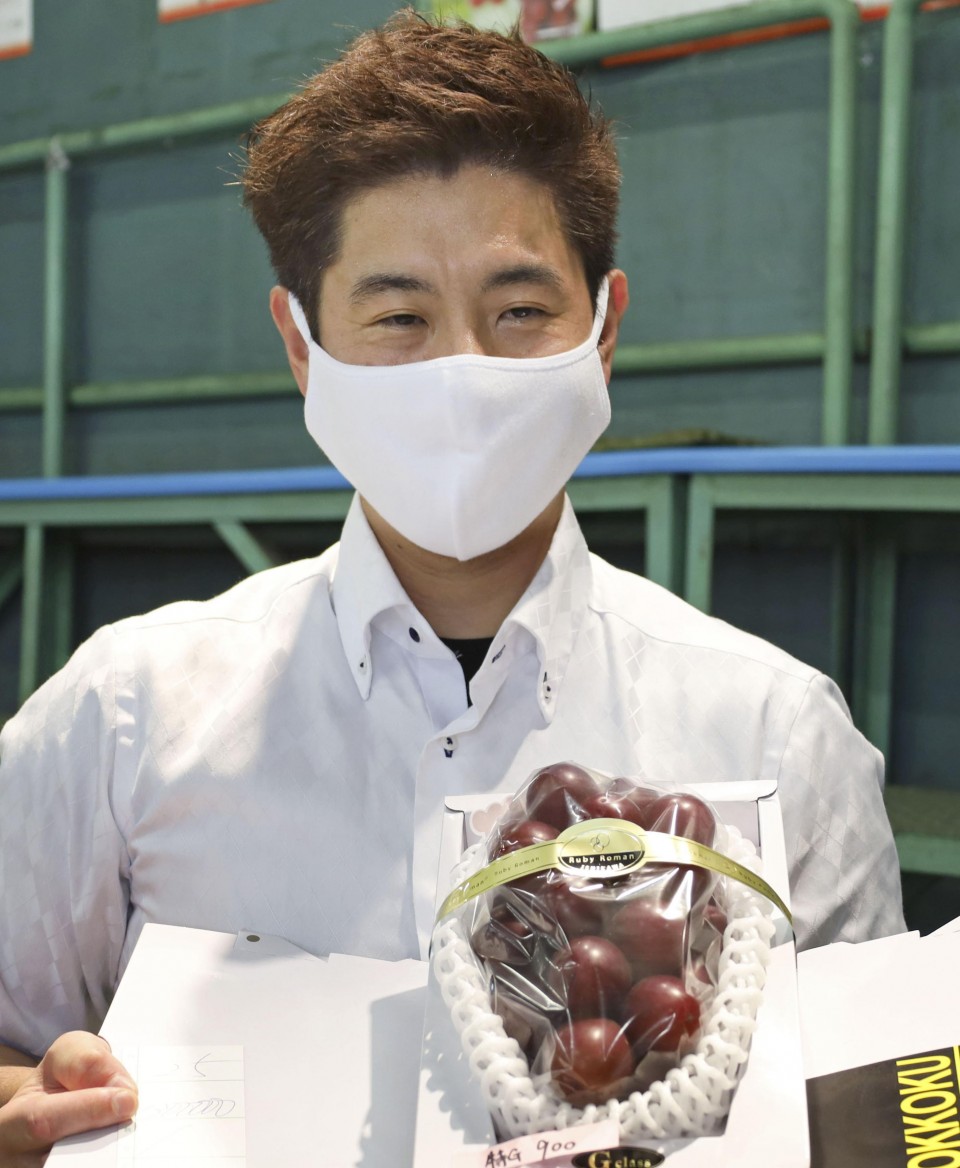 Mitsutaka Sakamoto, head chef at Japanese inn Hyakurakusou, poses for a photo holding a bunch of Ruby Roman grapes that the inn bought for record 1.3 million yen ($12,000) at the season's first auction for the fruit in Kanazawa in Ishikawa Prefecture, central Japan, on July 16, 2020. (Kyodo)

"But proper management by producers prevented the grapes from cracking and the quality was maintained," a JA Zennoh Ishikawa official said.

The grapes are usually harvested over about three months from July, according to the cooperative, which expects 26,000 bunches to be shipped by the end of September.