In addition to forcing the postponement of the Tokyo Olympics until 2021, the coronavirus pandemic has also suspended Asian qualifying for the 2022 World Cup, and the JFA's technical committee debated whether the current management framework could handle both tasks.

However, since qualifying for the World Cup will not conflict with next year's Olympics, it appears the 51-year-old Moriyasu will be able to manage during the Olympics.

"We had a simple discussion about what is best for Japan," Yasuharu Sorimachi, the technical committee's chairman, said. "Hosting the Olympics is still not a certainty, but we made our decision at this point."

There will be some schedule overlap as the two squads prepare and play warm-up games. When such conflicts occur, coach Akinobu Yokouchi will take over the Olympic team. 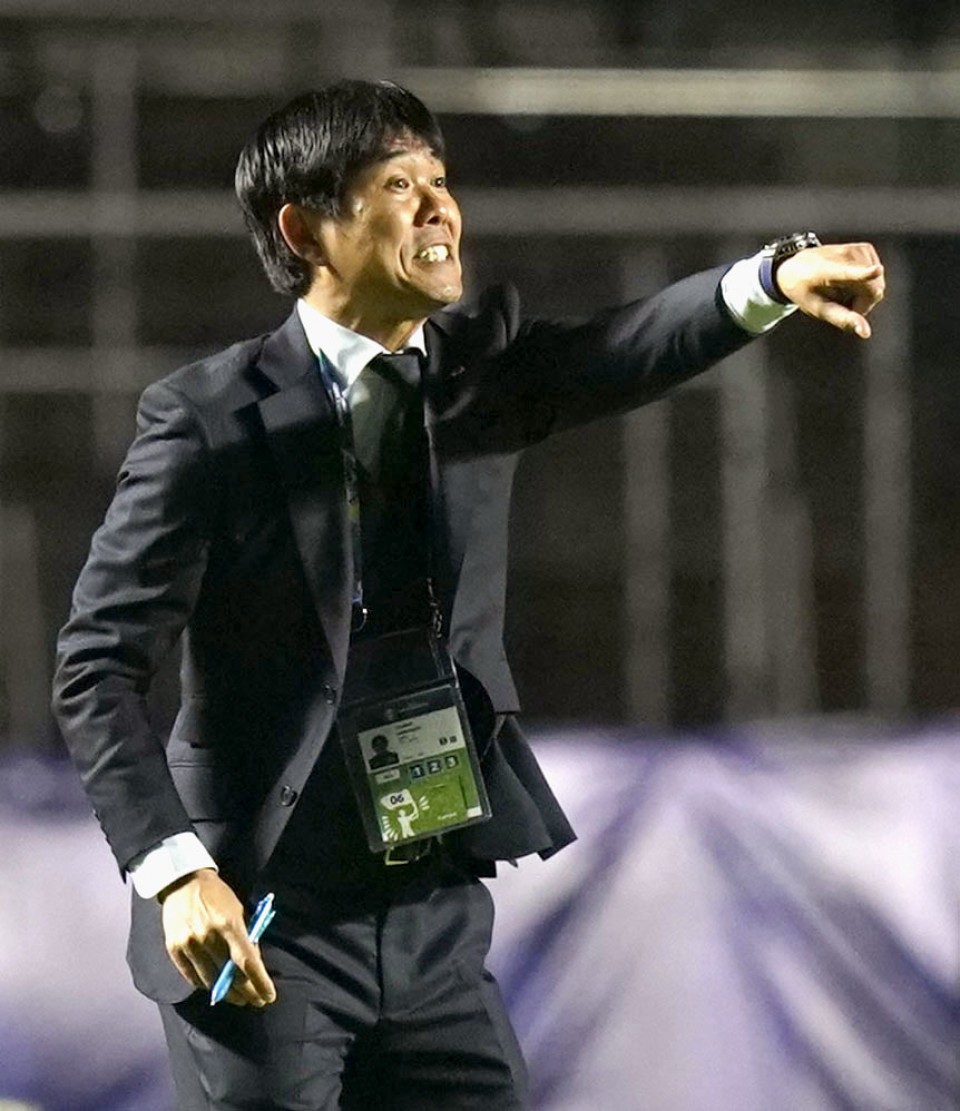 Japan coach Hajime Moriyasu gives instructions to his players during the first half in a Group C match of the Copa America football tournament in Sao Paulo on June 17, 2019. (Kyodo)