Torrential rain in southwestern Japan has caused devastating damage to inns at a popular hot-spring resort, just as customers had started returning from their coronavirus-induced exile.

Amagase, one of three popular "onsen" towns in Oita Prefecture alongside Beppu and Yufuin, had been known for its natural beauty and open-air bathing pools. 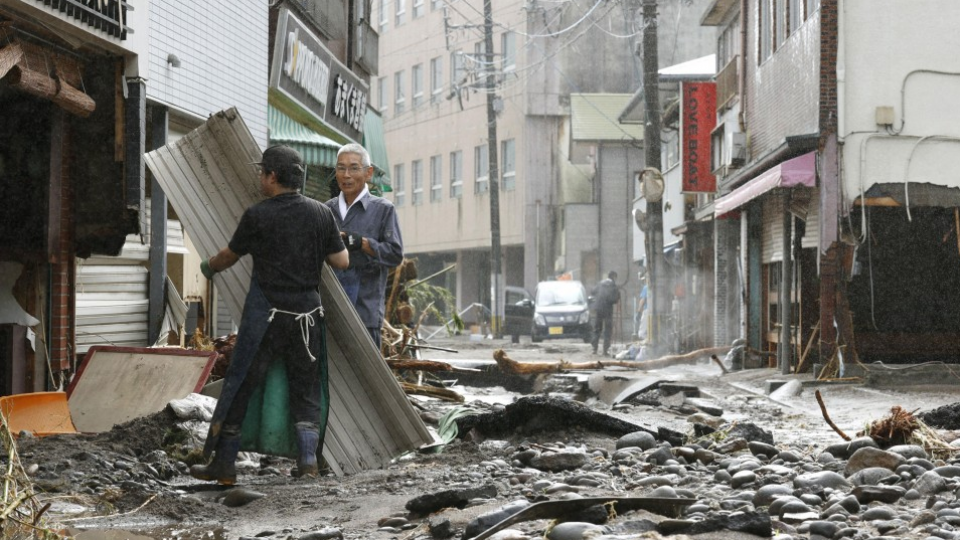 But the overflowing Kusu River has left the area flooded and washed away a landmark river-spanning iron bridge following a deluge that started last Saturday and has claimed the lives of 60 people in the Kyushu region, with at least 13 others missing.

Tenryuso, a traditional inn founded in 1830, was flooded with muddy water on Tuesday and lost its pump for extracting thermal water from the riverbed hot-spring source. It is unclear whether it will be able to tap this source again.

"If we cannot get thermal water out, the business cannot survive. This is a matter of life and death," said Ryuichi Oba, the president of the inn's operator.

After cleaning up flooding debris on Tuesday morning, the facility was again swamped that evening by river water and mud from the adjacent mountain, with water levels reaching 120 centimeters, according to the inn. 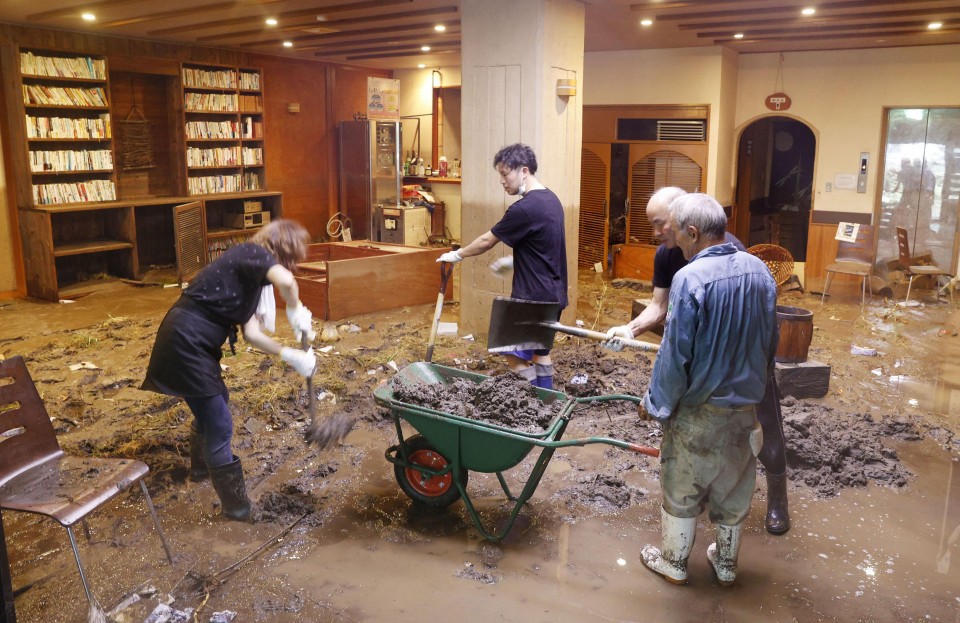 It is a fresh blow to the inn, which had seen people start to return in late June following its closure to customers after the central government asked nonessential businesses to suspend operations in a bid to contain coronavirus.

Honjin, another established inn in the area, was similarly devastated by the storms, with mud water seeping into its lobby, bathrooms, kitchen and other first-floor areas.

The inn, which allows people to stay with their pets, closed for two months from mid-April, but was fully booked for a four-day national holiday weekend in late July.

An association of local inns said some members are now worried about the viability of their business and whether they can continue.

"I understand the feelings of owners, especially if they have no one to succeed them. We want to eliminate worries and bring people back," said Nobuaki Abe, 60, who heads the association.