Tokyo Gov. Yuriko Koike said Wednesday that containing the spread of the new coronavirus in the Japanese capital is the very first step toward the successful hosting of the postponed Olympics and Paralympics next summer.

During an interview with Kyodo News, Koike also said the Tokyo metropolitan government is holding talks with the International Olympic Committee, the games organizers and the Japanese government to realize the targeted simplification of the games' operation.

"Containing the new coronavirus inside the capital is a prerequisite" for hosting the event, she said. "We need to take into account situations in each country, but we will steadily take measures here."

How to welcome overseas athletes and related stakeholders will be the biggest issue in hosting the games, the 68-years-old said, adding she is demanding the national government firmly implement border control measures against the virus. 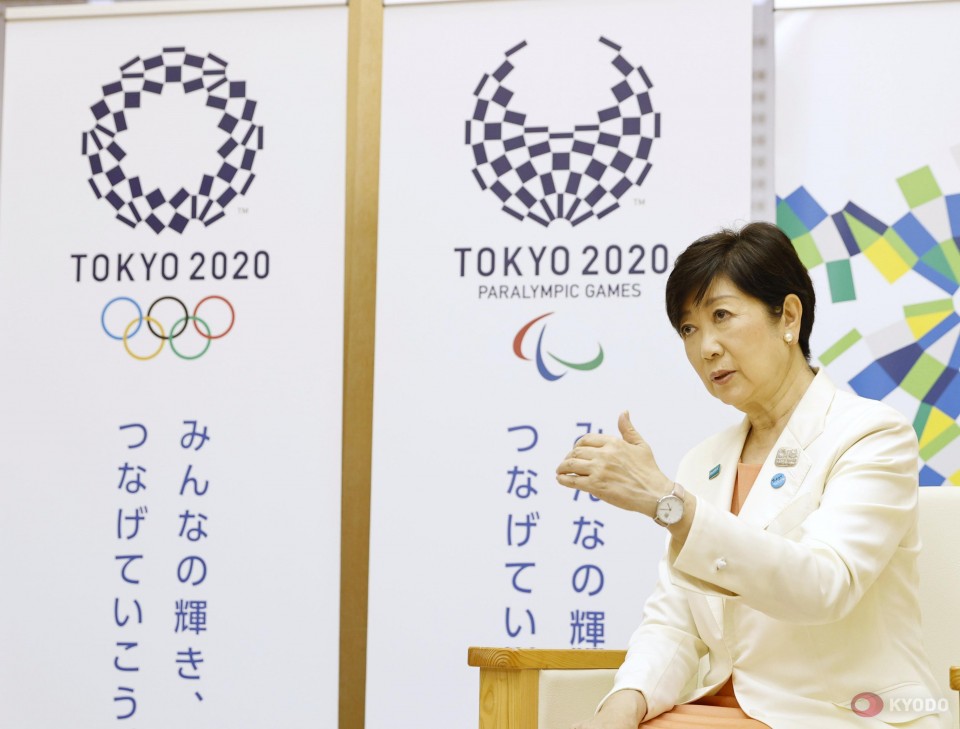 Tokyo Gov. Yuriko Koike is pictured during an interview on July 29, 2020. (Kyodo)

The timing of the announcement on whether the games will actually be held remains uncertain, but Koike said the metropolitan government is promoting talks with related parties.

"I understand things will proceed in a way that related parties will be content," she said.

Together with other areas, Tokyo has seen a surge in the number of new infections in recent days. Half of the capital's cumulative total cases of 11,861 were reported this month.

"We're advancing anti-virus measures recognizing that we're in the second wave of infection," said Koike as she expressed concern over the increasing number of patients with severe symptoms, a situation that could put pressure on the nation's medical system.

"I've been instructing officials to carry out tests focusing more specifically on the elderly and those working for medical facilities," she said.

Koike said she plans to swiftly introduce an ordinance that would mandate the display of stickers certifying that stores or business operators have been carrying out measures against infection.

Koike said that with the stickers, the metropolitan government will urge businesses to state unequivocally that they are taking measures against the virus.

The stickers have been downloaded 70,000 times from the metropolitan government website, according to the governor.

Koike has been calling for Tokyoites to refrain from making nonessential outings outside the capital, but with the number of people visiting Tokyo expected to increase during the summer holidays, she is also calling for potential visitors to choose places where the stickers are displayed.

"We want to create a situation in which people feel it is safe to visit Tokyo," she said.