Online subscription-based, flat-rate streaming of films and television programs has seen an uptick in Japan in recent years, and with the coronavirus pandemic keeping more people at home, that trend would appear to be intensifying.

The growth in the market is led by foreign companies globalizing operations on the back of their financial clout, with Netflix Inc. the hands-down market leader. 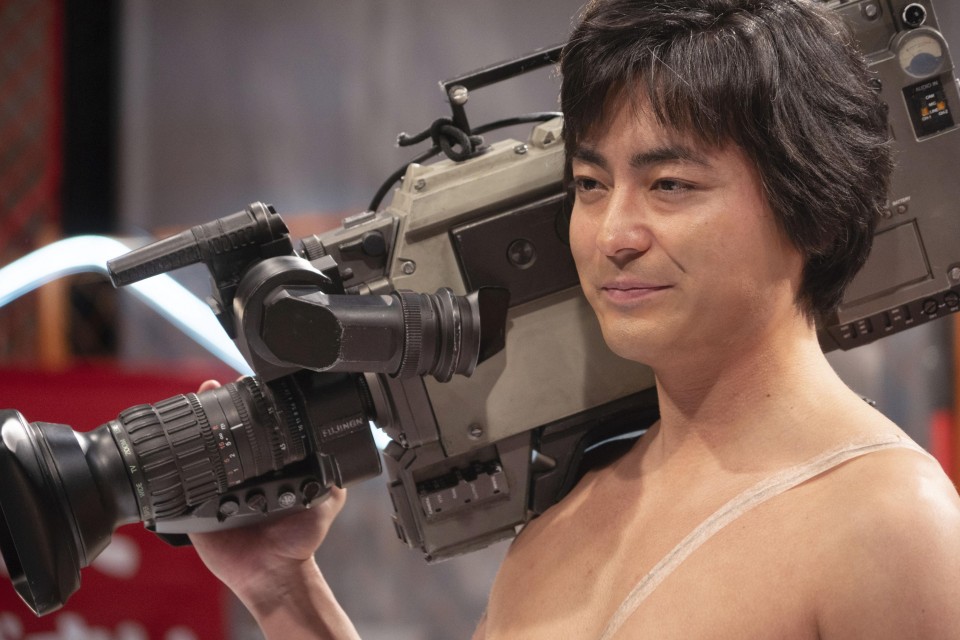 A scene from "The Naked Director." Takayuki Yamada shown in the photo plays the lead role. (Supplied photo)(No reuse allowed)(Kyodo)

Netflix has scored a huge success with "The Naked Director," its first web drama television series produced in Japan and based on a nonfiction novel about a Japanese adult video director. With its unconventional plot and celebrity cast including Takayuki Yamada in the lead role, it was the most viewed original drama on Netflix in Japan in 2019.

The California-based media services provider has since produced other works directed by popular Japanese directors, among them the director, writer and poet Sion Sono.

Netflix has more than 180 million subscribers worldwide, including over 3 million in Japan, and is said to spend more than 1 trillion yen ($9.3 billion) per year on content production.

Netflix saw its subscriber numbers surge by almost 16 million around the world in the first three months of the year with lockdowns keeping people at home, the firm said.

It has been streaming on Netflix since 2016, starting with the fourth series. Behind the switch was the size of Netflix's budget, which is "different by a factor of 10," according to Amuse producer Hitoshi Endo.

Among other overseas providers, Amazon.com Inc. has gained a healthy subscriber base through a combination of electronic commerce and streaming services, while Walt Disney Co. began streaming its extensive library of popular films in Japan in June to attract viewers with its exclusive content.

According to market research firm ICT Research and Consulting, the number of subscribers to flat-rate streaming services in Japan increased to 14.8 million in 2018 from 8.9 million in 2016.

U-Next focuses on the procurement of domestic and foreign movies and dramas, and has some 200,000 videos available for viewing. Hulu, utilizing its connection with Nippon Television, aims to strengthen its productions of content such as spin-offs and webcasts of serialized TV shows.

In Japan, viewers in their teens watch TV on a real-time basis for an average 71 minutes per day, compared with 248 minutes for those in their 60s, evidence that young people are increasingly turning away from TV, according to a survey by the Ministry of Internal Affairs and Communications in fiscal 2018.