The European Union on Wednesday lifted travel restrictions for visitors from 14 countries outside the bloc, including Japan and South Korea, after introducing the curbs in March in response to the coronavirus outbreak.

The European Union is seeking to revive its virus-hit economy ahead of the summer holiday season by removing entry bans on countries with virus infection rates similar to, or below, that of its own. 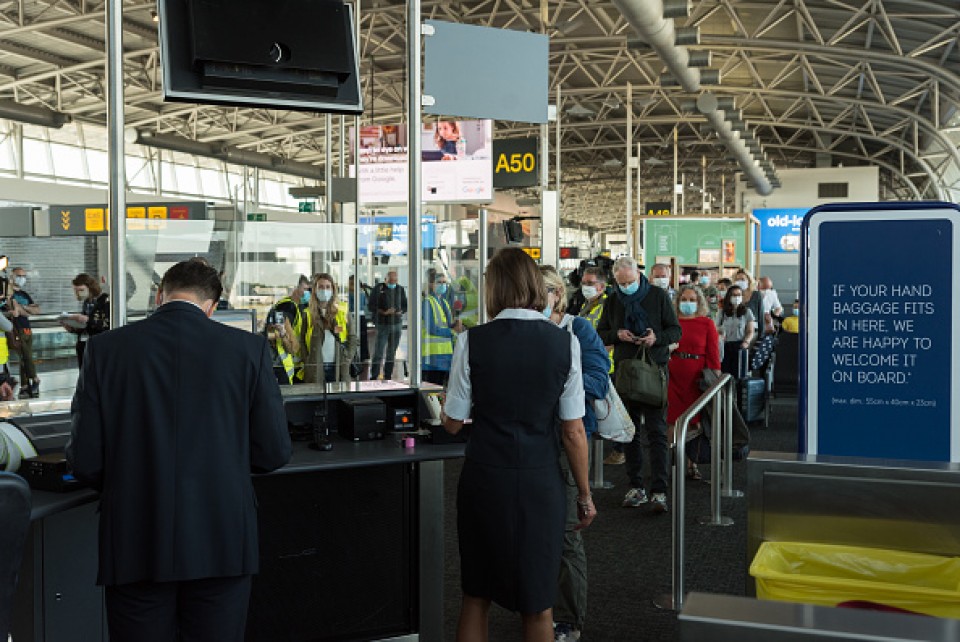 Passengers are seen at the boarding gate with protective face mask, Brussels Airport resumes its passenger activities today In Zaventem - Belgium on 15 June 2020. The borders with neighboring countries are officially reopened, as are most other European internal borders.
(NurPhoto/Getty/Kyodo)

Individual EU member nations can still impose their own measures on visitors from the 14 countries, including requesting them to quarantine.

The other 12 on the list are Algeria, Australia, Canada, Georgia, Montenegro, Morocco, New Zealand, Rwanda, Serbia, Thailand, Tunisia, and Uruguay.

Japan has an entry ban in place for about 130 countries and regions, including the EU nations. Since the EU seeks reciprocity on the lifting of restrictions, the bloc is set to call on Tokyo to ease its measures.

Japan's top spokesman, Chief Cabinet Secretary Yoshihide Suga, welcomed the EU's action, saying Brussels has taken into account the fact that the number of infections appears to have peaked in Japan, and that the move was based on warm Japan-EU relations.

While Japan is in talks with Vietnam, Thailand, Australia and New Zealand over a possible easing of its restrictions on those countries, Suga hinted it may now look to include the European Union.

"We are examining and preparing to gradually expand (the potential relaxation of rules) to other countries and regions, taking into consideration the infection situation and other factors," he told a news conference.

The EU will retain entry bans for countries with high infection rates such as Brazil, Russia and the United States for now, but plans to update its list every two weeks.

Admission of visitors from China, where the novel coronavirus was first reported late last year, will depend on whether Beijing reciprocates by allowing Europeans into China.