From midnight on Wednesday, residents of metropolitan Melbourne will be required to stay at home unless traveling to essential work, shopping, performing daily exercise or giving or receiving care. The Shire of Mitchell, north of Melbourne, is also included in the lockdown. 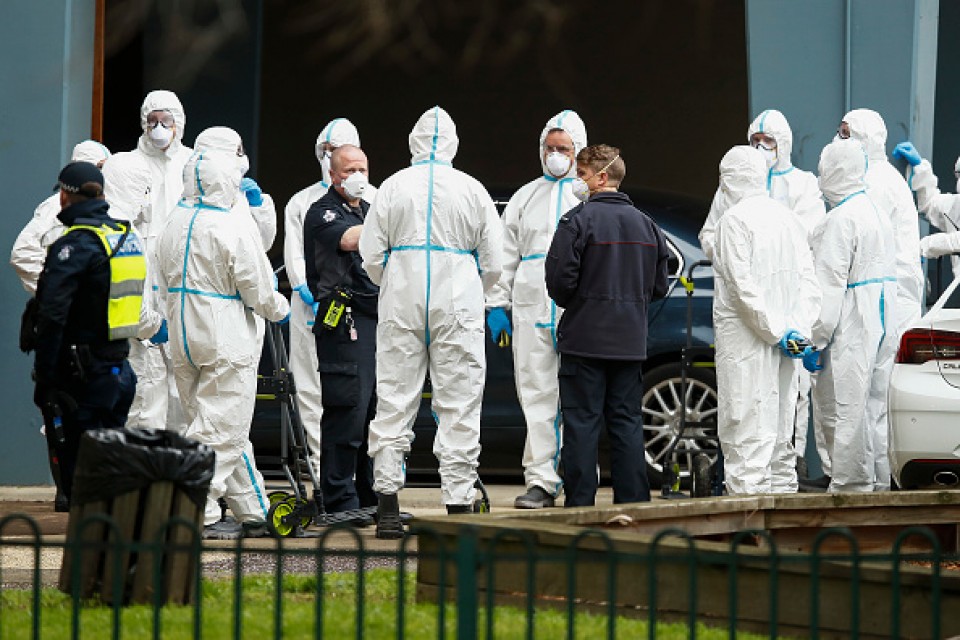 Workers in personal protective equipment are seen, along side police patrols, on July 07, 2020 in Melbourne, Australia. (Getty/Kyodo)

The restrictions come as Victoria recorded 191 new cases of coronavirus, the largest single-day increase so far. The state's previous high of 127 confirmed cases was recorded on Monday.

"We're on the cusp of something very, very bad if we don't take these steps today," Andrews told a press conference in Melbourne.

"Ultimately we have to take this as seriously as we take bushfire. This is binary. It is life and death."

Hospitality venues such as cafes, restaurants and pubs which have only just emerged from strict lockdown conditions will return to takeaway service only. People will not be able to have any visitors in their home.

The premier said he felt Melburnians had become complacent as they grew frustrated with social distancing restrictions that have been in place for several months.

"I think that each of us know someone who has not been following the rules as well as they should have. I think each of us know that we've got no choice but to take these very, very difficult steps," he said.

From midnight Tuesday, the border between New South Wales and Victoria -- the country's busiest state border -- will be closed for the first time in a century in an attempt to reduce inter-state transmission. The last time was during the Spanish flu pandemic.