A western Japan zoo on Tuesday celebrated the annual Star Festival by presenting a pair of giant pandas with bamboo decorations and carrots cut to resemble strips of paper with wishes written on them.

Male panda Eimei, 27, came out to the enclosure's play area at Adventure World in Wakayama Prefecture first, and was joined by 19-year-old female panda Rauhin around 10 minutes later. 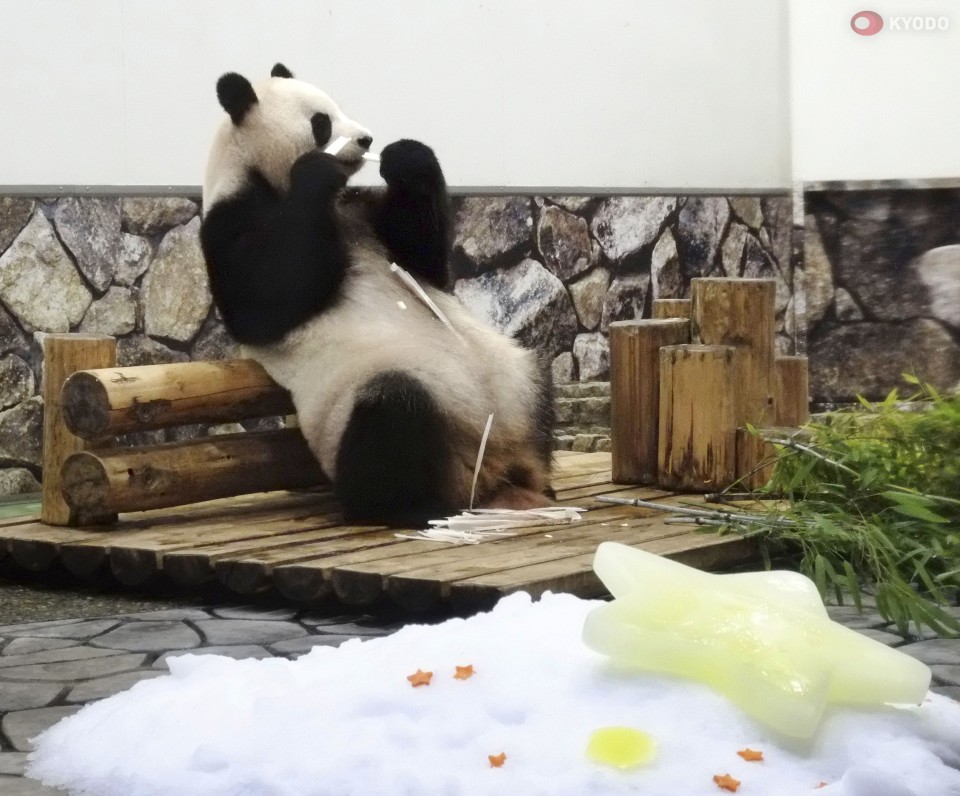 Giant panda Rauhin gets a star-shaped ice block as a gift to mark the Tanabata star festival on July 7, 2020, at the Adventure World amusement park in Shirahama in Wakayama Prefecture, western Japan. (Kyodo)

In addition to the bamboo decorations, staff at the park presented Eimei with bamboo laid out to form the words "Happy Project 20th" in Japanese on a board made of artificial snow, while Rauhin was given a star-shaped ice block.

The pair also enjoyed their favorite snack of young bamboo, which they sat munching happily on.

The happy project began at the park in 2000 as an initiative to spread happiness to visitors through the pandas. 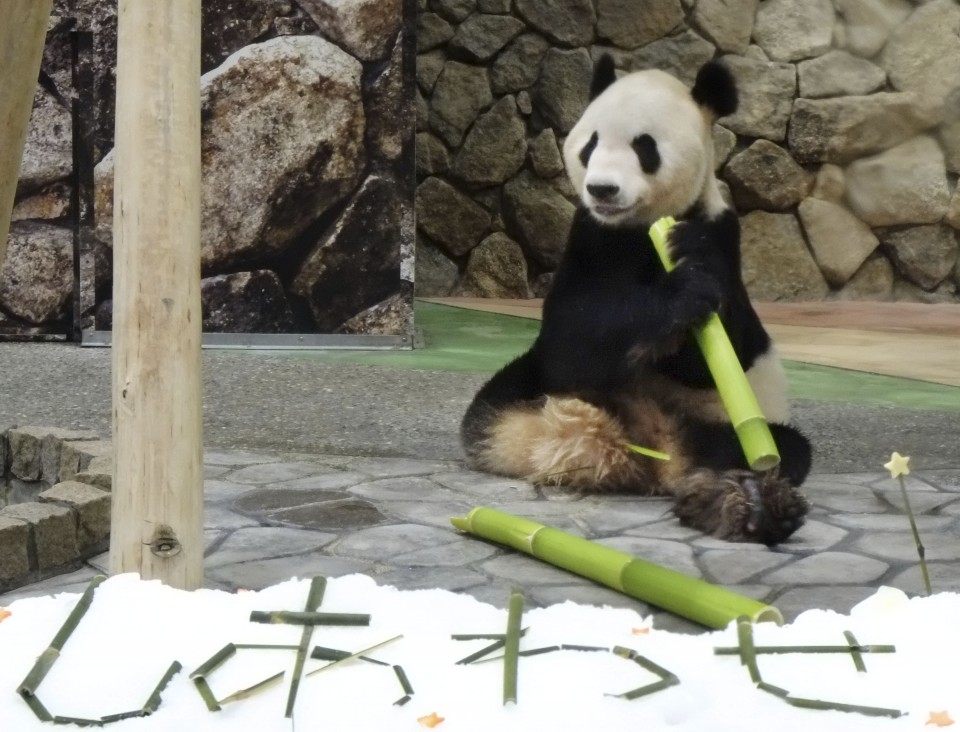 Giant panda Eimei gets young bamboo as a gift to mark the Tanabata star festival on July 7, 2020, at the Adventure World amusement park in Shirahama in Wakayama Prefecture, western Japan. (Kyodo)

"I am happy to see the panda family growing. I hope both of them continue to stay healthy," said Ayaka Jinnouchi, 31, the zookeeper in charge of the pandas.

According to the park, nine pandas have been born as a result of mating between Eimei and Rauhin since 2008. The pair was confirmed to have mated again in June, with Rauhin anticipated to give birth this fall.