Japan saw 982 new cases of the novel coronavirus on Tuesday, the highest single-day total on record, according to a Kyodo News tally.

The figure, based on information from local authorities, reflects a resurgence of virus infections that is beginning to expand beyond Tokyo. The previous single-day record of 981 new cases came last Thursday.

On Tuesday, Osaka and Aichi prefectures reported 155 and 110 new cases, respectively, a single-day record for each of the prefectures with large urban populations.

Tokyo, the hardest-hit area in Japan, reported 266 cases, compared with 131 on Monday when the number slipped below 200 for the first time in seven days.

Earlier Tuesday, the Osaka prefectural government decided to request its citizens to refrain from drinking in groups of five or more people as the area has been seeing a significant uptick in infections. Nightlife districts accounted for about 30 percent of new cases in July.

The request will be in effect from Saturday through Aug. 20, but gatherings of family members will be excluded from the measure, prefectural government officials said. 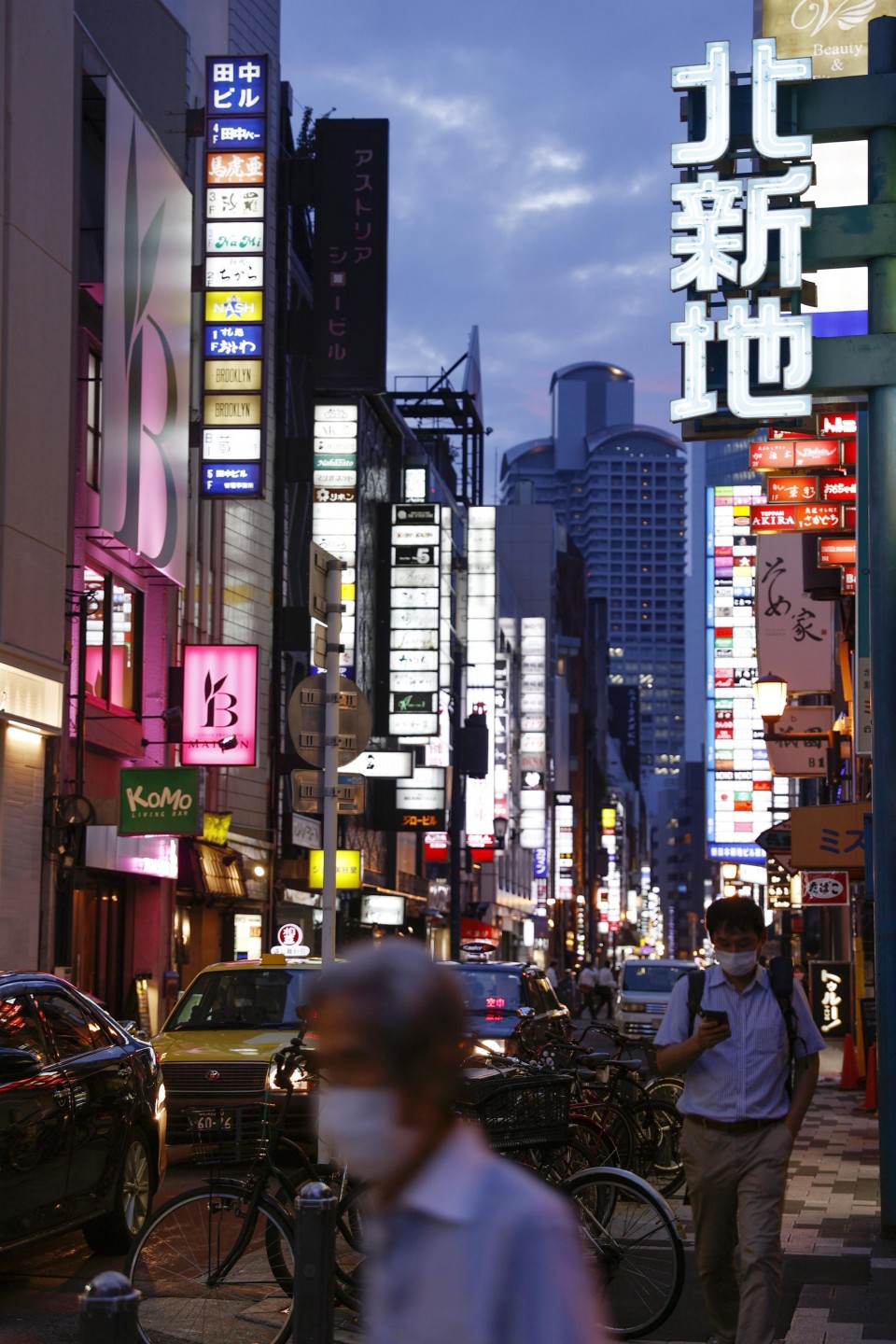 People wearing masks walk in the high-class nightlife district of Kitashinchi in Osaka on July 28, 2020. (Kyodo)

Yasutoshi Nishimura, minister in charge of the coronavirus response said Tuesday the names of nightlife establishments should be disclosed if infections are confirmed there as a result of insufficient anti-virus measures.

At a meeting with the mayors of six major cities, Nishimura said municipalities should take more stringent measures against nightlife businesses, given Japan has seen a resurgence in new cases on the back of increasing infections at hostess bars and host clubs.

In Japan's hostess bars, women entertain male customers over drinks and flirtatiously chat with them, while in host clubs, men do the same for their female customers.

Japan's cumulative total of infections topped 32,800, including around 700 cases from the Diamond Princess cruise ship quarantined in Yokohama in February.

Describing the situation as "very serious" in a news conference, Omura asked Aichi residents to refrain from nonessential activities. 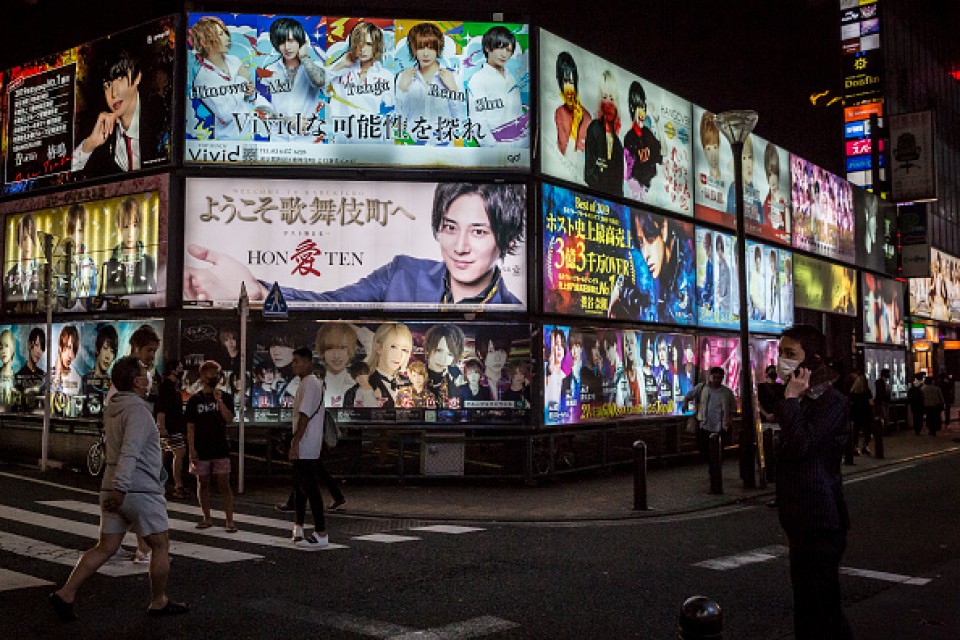 In a video conference with the mayors of Fukuoka, Kobe, Kyoto, Nagoya, Sapporo and Yokohama, Nishimura said the government will discuss how to strengthen measures against the viral spread at a meeting of its coronavirus task force this week.

Nishimura said eating and drinking establishments should comply with guidelines set by the nightlife industry to help block the spread of the pneumonia-causing virus.

If customers or staff members of an establishment that failed to follow the guidelines are confirmed to be infected, the businesses should be named so that customers who visited them can know about the infections, he said.

Currently, local governments only make public the names of such establishments when there is an agreement to do so.

Kyoto Mayor Daisaku Kadokawa said it is necessary to take "compulsory measures" against businesses reluctant to cooperate with authorities.

Meanwhile, the central government will set uniform standards to allow local governments to take stricter steps against the spread of the virus more quickly, according to sources close to the matter.

The uniform standards are expected to include the ratio of patients in serious condition to available hospital beds and will be discussed at the subcommittee's meeting.