Japan's top government spokesman, who has been wearing face masks during twice-a-day press briefings since the spread of the novel coronavirus three months ago, ditched them Wednesday despite Tokyo still struggling to contain infections.

"I've decided to take off face masks after considering the fact that a month has passed since the lifting of the state of emergency and some say it's difficult to hear my voice," Chief Cabinet Secretary Yoshihide Suga said at a press conference. 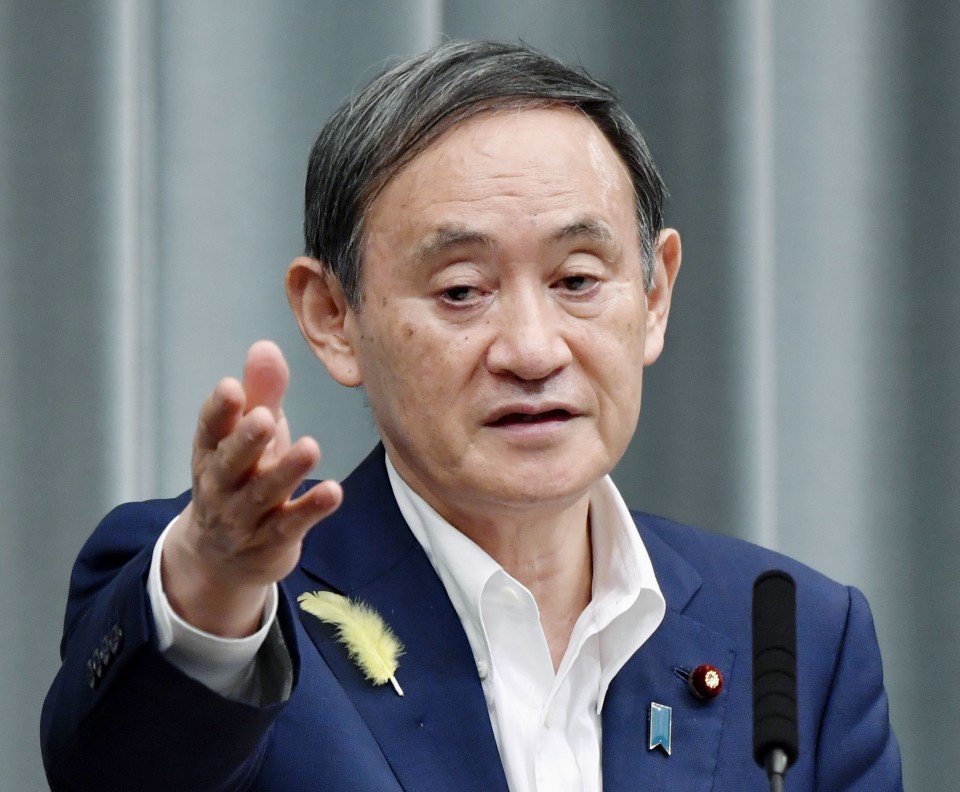 Suga made his first appearance wearing a face mask during a press conference on April 6, when Prime Minister Shinzo Abe announced his intention to declare a state of emergency the following day covering Tokyo and six other urban areas hit hard by COVID-19. The state of emergency, which was subsequently expanded to the entire nation, was fully lifted in late May.

Tokyo, however, is still struggling to curb new infections amid growing worries about a resurgence. Just as Suga started to dispense with face masks at the podium at the prime minister's office, the Japanese capital reported 67 new cases, the highest daily count since the lifting of the state of emergency and topping 50 for a sixth straight day.

In the midst of Japan's struggle with COVID-19, Suga wore a cloth mask with a stitched design unique to the Ainu ethnic minority in Hokkaido, northern Japan, that was meant to fend off illness.

But the spokesman did not appear wearing an "Abenomask," one of the cloth masks that the government distributed to all households in Japan. A pun on the prime minister's "Abenomics" economic policy mix, the masks proved unpopular due to poor quality and slow delivery.

Wearing face masks as a precautionary step against the novel coronavirus has become part of everyday life for many in Japan. The domestic infection situation has stabilized but the total number of COVID-19 cases is rising steadily.

Hours after announcing his decision, Suga inadvertently began his second press briefing of the day wearing a face mask. "Go ahead," Suga said, shortly before noticing that he had forgotten to take off his face mask.