American five-time Olympic swimming gold medalist Katie Ledecky said Wednesday she has been moved by the "positivity" of leukemia-battling swimmer Rikako Ikee and threw her support behind the young Japanese athlete's fight back to the top of the sport.

"She is a great swimmer and she is a great person," Ledecky told Kyodo News in a video interview a day before Tokyo marks one year to go until the postponed Summer Games. 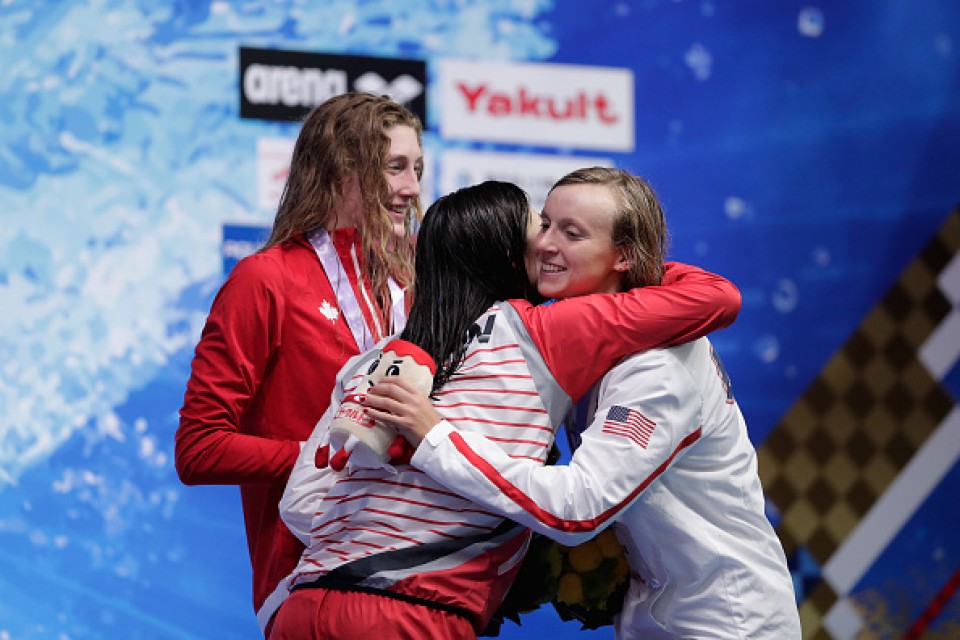 (From left) Silver medalist Rikako Ikee of Japan, gold medalist Taylor Ruck of Canada and bronze medalist Katie Ledecky of the United States celebrate on the podium at the medal ceremony for the Women's 200m freestyle at the Pan Pacific Swimming Championships in Tokyo on Aug. 9, 2018. (Getty/Kyodo)

Ledecky said she came to know the 20-year-old Ikee through competing against her and is delighted to see the progress she has made on her path to recovery since revealing her diagnosis in February last year.

"She just has such a positive attitude and it's very inspiring," Ledecky said. "I think she has inspired many beyond her own country and the swimming community as a whole."

The 23-year-old said she exchanged messages with Ikee on Instagram after hearing about her diagnosis.

"It was so hard to see her go through this over the past year. I know the whole swimming community has been behind her," she said. 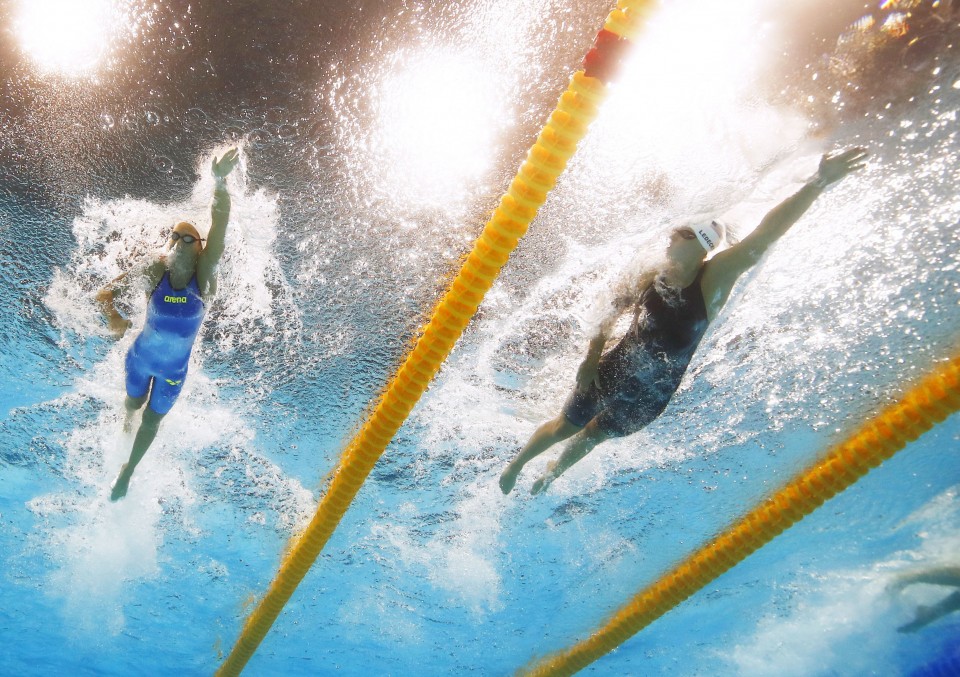 Katie Ledecky (R) of the United States competes in the women's 400-meter freestyle heats at the world swimming championships in Budapest on July 23, 2017. (Kyodo)

Despite her dominance, she finished behind Ikee in the 200-meter freestyle at the 2018 Pan Pacific championships in Tokyo, winning bronze while the hometown favorite took silver in a national-record time.

"That was a fantastic race, a very tough race," Ledecky said.

"I was struck by how friendly she was, and how kind she was, and she has such beautiful strokes and is an incredible swimmer. She has so much talent, so much potential and she has already accomplished so much at 20 years old."

While Ikee will not compete at the Tokyo Games, which were postponed for a year due to the coronavirus pandemic, she has her sights firmly set on the 2024 Paris Olympics.

She was discharged from hospital in December and has been training in a bid to make her competitive return at a domestic meet in October. 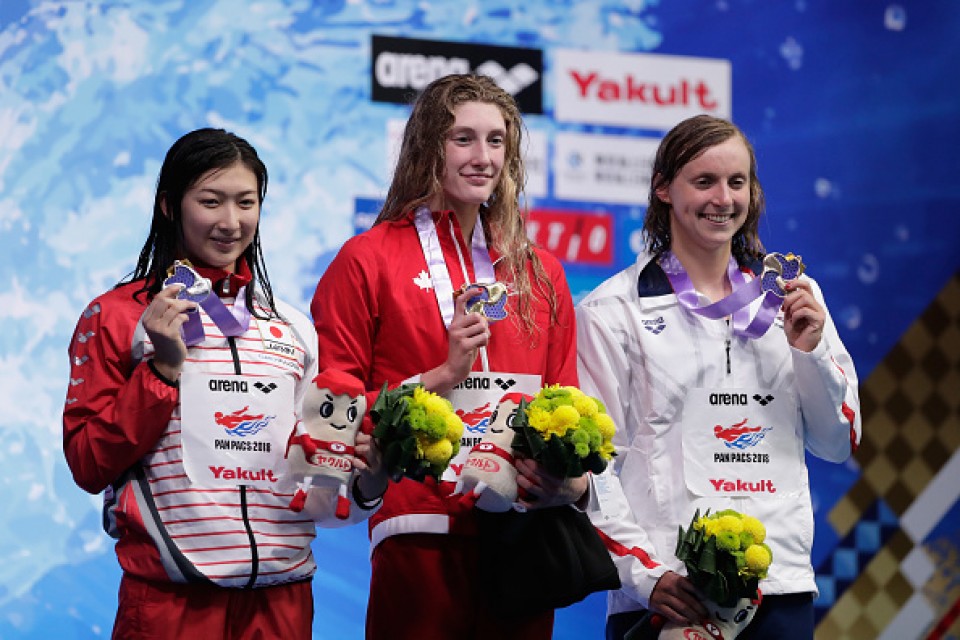 (L to R) Silver medalist Rikako Ikee of Japan, gold medalist Taylor Ruck of Canada and bronze medalist Katie Ledecky of the United States celebrate on the podium at the medal ceremony for the Women's 200m Freestyle at the Pan Pacific Swimming Championships on Aug. 9, 2018, in Tokyo. (Getty/Kyodo)

A modest Ledecky said she "does not have an ounce of the toughness" that Ikee possesses and believes the Tokyo-born athlete will overcome any challenge she faces, in or out of the pool.

"I've seen on social media, and in the news, she has great perspective on things and seems to know to take a step by step (approach) and focus on one day at a time," she said.

"I can't wait to see what she can accomplish in the pool in the years to come."