Japan's badminton governing body announced the cancellation Wednesday of the 2020 Japan Open because of difficulties stemming from the coronavirus pandemic.

The tournament had been scheduled to take place from Sept. 22-27 at Musashino Forest Sport Plaza in western Tokyo, one of the venues built for the postponed 2020 Olympic Games.

The Nippon Badminton Association said Japan's temporary entry restrictions on foreign passport holders, along with the risks to the safety of players and officials, had made this year's event unviable. 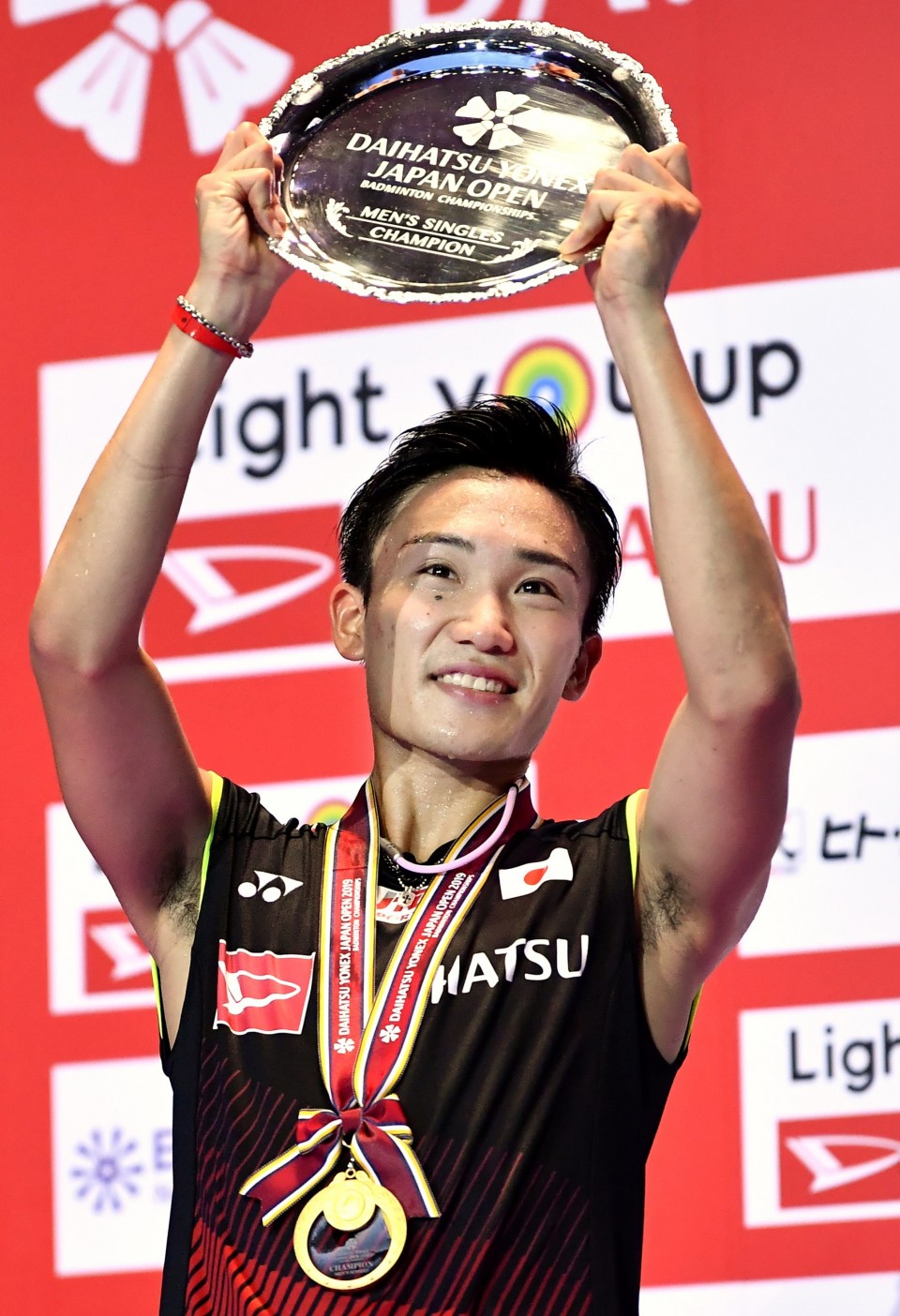 World No. 1 Kento Momota of Japan smiles at a ceremony held after he beat Jonatan Christie of Indonesia to defend his men's singles final at the Japan Open in Chofu, Tokyo, on July 28, 2019. (Kyodo)

Along with the Japan Open, the Badminton World Federation has also decided to axe the Korea Open and China Open, which had been due to take place earlier in September.

The world tour has been suspended due to the coronavirus crisis since the conclusion of the All England Open in mid-March.

Last year's Japan Open was a clean sweep for the host nation in the singles, with world No. 1 Kento Momota claiming his second straight men's title and Akane Yamaguchi winning the women's crown.