The United States has complied with a request to shut a consulate general in China, the Chinese Foreign Ministry said Monday, following an escalation of tensions over Beijing's alleged spying activities that led Washington to order the closure of the Chinese consulate in Houston.

In retaliation for the U.S. order, which was issued last Tuesday, the Chinese government requested the United States shut its equivalent liaison office in the southwestern city of Chengdu, the capital of Sichuan Province. 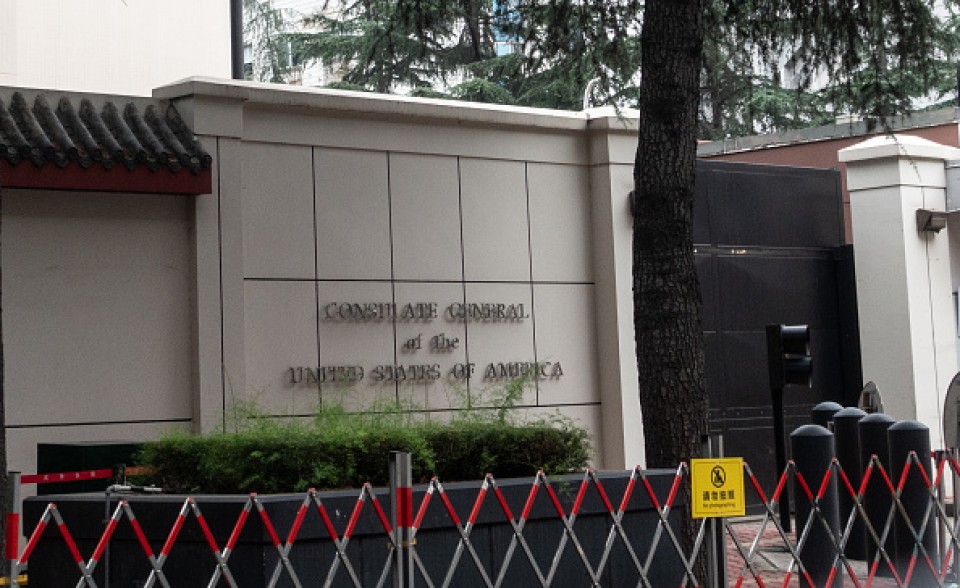 The US Consulate-General in Chengdu is pictured on July 23, 2020 in Chengdu, Sichuan Province of China. (VCG/Getty/Kyodo)

"We are disappointed by the Chinese Communist Party's decision (to withdraw consent for operation of the U.S. consulate in Chengdu) and will strive to continue our outreach to the people in this important region through our other posts in China," a U.S. State Department spokesperson said in a statement Monday.

The U.S. consulate in Chengdu, which opened in 1985, has been responsible for monitoring the situation in Tibet, invaded by Beijing in 1950, as Chinese President Xi Jinping has vowed to fight "separatism" in the restive region.

The tit-for-tat consulate closures are the latest sign of the increasingly deteriorating ties between the world's two major powers, which have clashed over issues ranging from trade, Hong Kong, the South China Sea as well as the origins of the novel coronavirus.

Chinese Foreign Ministry spokesman Wang Wenbin told reporters in Beijing, "The current situation between China and the United States is something we do not want to see. The responsibility rests entirely with the United States."

The U.S. Embassy in China wrote on Weibo, the Chinese equivalent of Twitter, "We say goodbye" to the consulate general in Chengdu.

The State Department said it suspended the operations of the Chengdu office at 10:00 a.m. local time on Monday. Chinese officials entered the consulate's premises following the closure, the Chinese Foreign Ministry said. 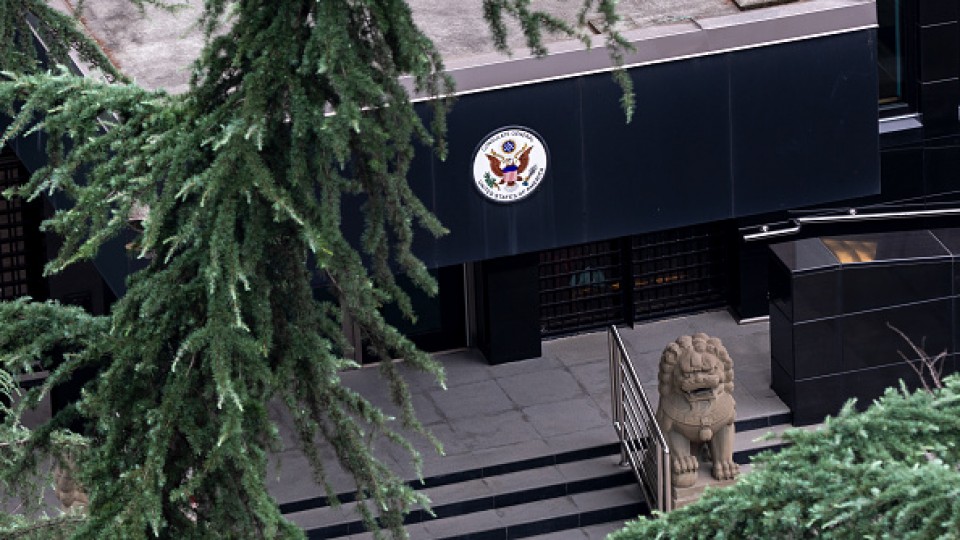 The feud stemming from the Chinese consulate in the southern U.S. state of Texas surfaced last week, with Secretary of State Mike Pompeo slamming it as a "hub of spying and intellectual property theft."

U.S. President Donald Trump said at a press conference Wednesday that it is "always possible" to shut more Chinese diplomatic missions in the country.

Beijing has criticized Washington's abrupt demand that the consulate in Houston halt operations, calling the move a "political provocation unilaterally launched by the U.S. side which seriously violates international law, basic norms governing international relations and the bilateral consular agreement."

According to a senior U.S. Justice Department official, the Houston consulate was implicated in an investigation of grant fraud at a Texas research institution, and consulate officials were "directly involved in communications with researchers and guided them on what information to collect."

While acknowledging that there could be intelligence activities conducted by consulates, the official said, "The sum total of the Houston consulate's activities went well over the line of what we are willing to accept."

"And unless we disrupted it, it threatened to become even more aggressive in Houston and at other Chinese consulates nationwide," the official said.

On the U.S. consulate in Chengdu, a senior State Department official has said that its intended role was understanding and messaging the Chinese people, especially those in the wider region, including Tibet.

But the official suggested that its activities have been restricted over Tibet issues. "In all this time, the ambassador there (Terry Branstad in Beijing) has been permitted to travel to Tibet one time," the official added.

Diplomatic sources have said earlier that the shutting of the U.S. office in Chengdu would make it more difficult for the United States to deal with human rights affairs in Tibet and monitor China's deployment of its military to the western region.

The office in Chengdu is one of five U.S. consulates general in mainland China.

The South China Morning Post, meanwhile, has reported that Beijing and Washington will carry out trade talks in August in a bid to investigate the progress of their "phase one" deal, which took effect in February.

China and the United States are expected to try to deepen economic cooperation as the coronavirus pandemic has been dealing a heavy blow to the global economy, while political strains between the two countries have been intensifying.

China ordered by U.S. to close consulate in Houston