Ressa, a former CNN correspondent who was named one of Time magazine's "2018 Persons of the Year," as well as former Rappler researcher-writer Reynaldo Santos Jr. were both were convicted by the Manila Regional Trial Court Branch 46. 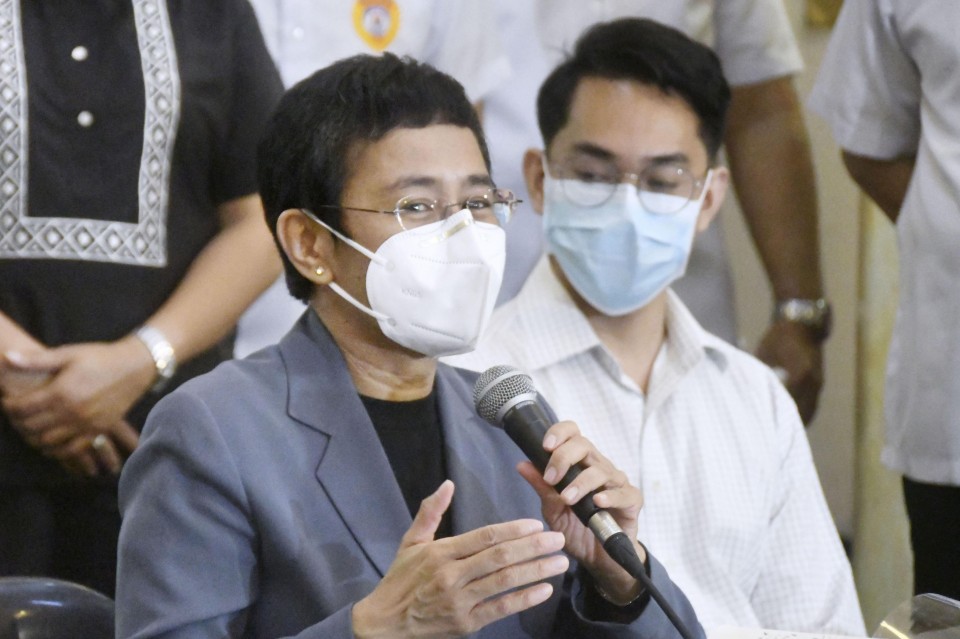 High-profile Philippine journalist Maria Ressa, co-founder of online news outlet Rappler, meets the press in Manila on June 15, 2020, shortly after she was found guilty of "cyber-libel" by a Manila court. (Kyodo)

The court sentenced them to between six months and up to six years in jail over charges filed by businessman Wilfredo Keng, according to her news organization.

They were also ordered to pay a total of 400,000 pesos (about $8,000) in damages. Both are entitled to post-conviction bail while they pursue appeals.

"To all Filipinos, protect your rights. If you don't use your rights, we will lose them...Press freedom is for everyone, not only in journalism," Ressa said in a news conference immediately after the verdict was handed down.

The court said Rappler did not offer proof to verify allegations made against Keng in an article published on the site in May 2012 that linked him to illegal drugs and human trafficking.

It added that freedom of the press cannot be used as a shield.

Rights groups warned that the verdict could have a chilling effect on mass media in the country and silence critics of President Rodrigo Duterte.

Rappler is known for its critical coverage of the Duterte administration, which took office in 2016.

Khashoggi, other journalists picked as Time's Person of the Year