When Japan's professional football season resumes behind closed doors on Saturday, a number of J-League clubs will use a novel strategy to help fans make their presence felt inside stadiums.

While the threat of coronavirus infection means empty arenas for the time being, clubs will bring fans' likenesses to the stands in the form of cardboard cutouts displaying pictures of their faces.

The J-League first division will resume on July 4 after a roughly four-month delay prompted by the outbreak of the novel coronavirus. On Saturday, the J2 division will restart and the J3 will officially begin. 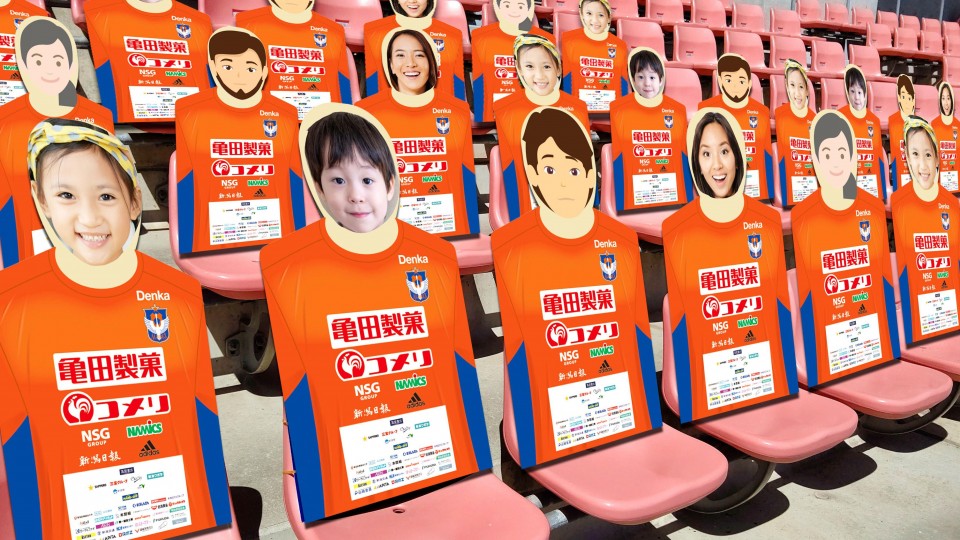 J2 side Albirex Niigata announced the cardboard cutout idea first, with a representative of the club saying it is a chance for supporters "to become an inspiration to players." The team plans to sell cutouts of uniformed figures featuring a fan's face or caricature, and install them throughout Denka Big Swan Stadium for their first home game on July 4.

The cutouts -- nicknamed "aruboru-kun," which combines the club's name and the Japanese term for cardboard -- each cost 1,500 yen ($14). The idea came to fruition with the help of a local company, which also belongs to a support association of the club.

Six years ago, fans from then-J1 side Omiya Ardija created a stir by creating "cardboard supporters" for the team's away games, but this is the first time J-League clubs have officially implemented the idea.

"They've done a nice job. I bought one because I wanted to support the club," said a 28-year-old male office worker in Tokyo who has been a fan of Albirex for many years.

"I'm happy I will be able to enjoy the ups and downs of watching soccer again."

Top-tier sides Sagan Tosu and Oita Trinita have also announced plans to install cardboard cutouts for their matches. Vegalta Sendai plans to fill its venue with the club's stuffed mascot, while J2's Montedio Yamagata and Jubilo Iwata will plant flags printed with pictures of fans' faces throughout the stands.

Similar efforts were made in Germany, where the Bundesliga resumed behind closed doors in mid-May.

Borussia Monchengladbach fans donated some 13,000 cardboard cutouts of themselves to help fill the seats at their home ground Borussia-Park. Players responded positively, with one saying it created "a certain atmosphere." 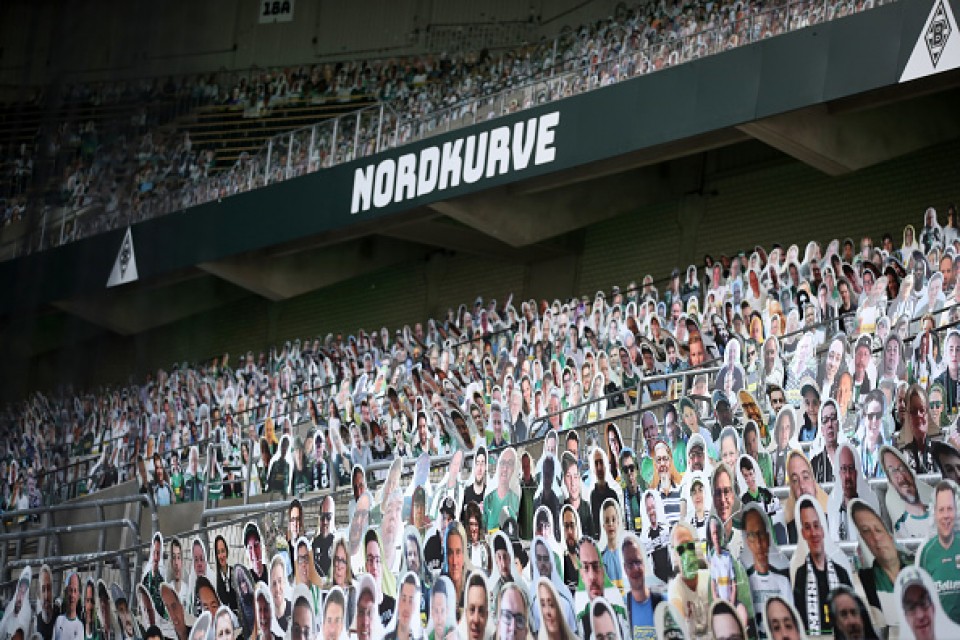 (Cut-outs of fans are seen in the stands during the Bundesliga match between Borussia Moenchengladbach and VfL Wolfsburg at Borussia-Park on June 16, 2020 in Moenchengladbach, Germany)[Getty/Kyodo]

One of the traditional charms of the J-League is following one's team to away games in different parts of the country and enjoying the local food and attractions while there.

In an effort to provide a similar experience during the coronavirus crisis, J2's Zweigen Kanazawa is selling an "Air Tour Plan" for 11,000 yen to fans of Zweigen's visiting opponents.

The plan includes a food package containing a seafood bowl, curry and one of Ishikawa's specialties like the famous edible gold leaf, and will be delivered to fans' homes so they can enjoy watching the game while sampling food from another locale.

The club will also place cardboard cutouts of purchasers of the plan in Zweigen's stadium so they can root for their team in spirit at the venue. The team will sell the plan to the first 500 people per match until the end of the season.

"I hope a lot of people order it in support of the tourism industry, which has been hit hard by the coronavirus," a team representative said.