North Korea on Saturday condemned as "preposterous" a vow made the previous day by South Korea to continue efforts toward the resumption of stalled denuclearization talks between Pyongyang and Washington, according to the country's state-run media.

Kwon Jong Gun, director general of the Department of U.S. Affairs of the North Korean Foreign Ministry, issued the denunciation in a statement carried by the official Korean Central News Agency.

"It is really preposterous to hear the balderdash of south Korean authorities -- who do not have either any qualification to discuss, or the position to poke their noses into, the matters between the DPRK and the U.S," Kwon was quoted as saying in the statement. 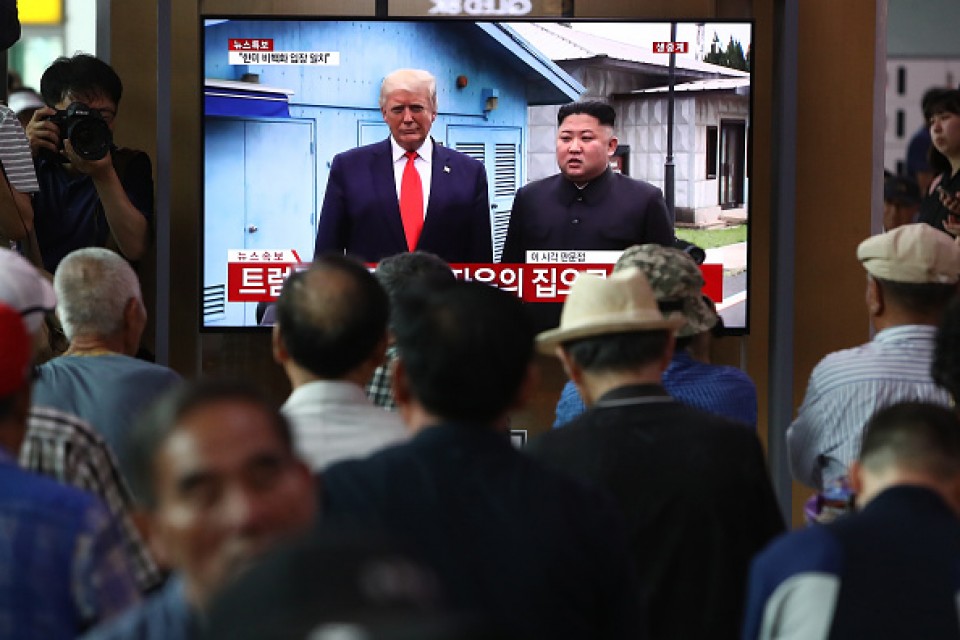 He added that it is "not because there is not a mediator that the DPRK-U.S. dialogue has gone away and the denuclearization been blown off" but rather "because 'conditions are not met' for denuclearization."

In addition to acknowledging the breakdown in U.S.-North Korea denuclearization talks between, Kwon vowed that the country would build up its military force to counter what it perceives as U.S. threats.

"I want to make it clear that we will continue to build up our force in order to overpower the persistent threats from the United States, and such efforts of ours are in fact continuing at this point of time," he said.

On Friday, an official at the South Korean Foreign Ministry said that Seoul would continue to strive for the swift resumption of talks between the United States and North Korea as well as the development of inter-Korean ties.

At their meeting, Trump promised Kim that Washington would provide security guarantees to Pyongyang in exchange for its complete denuclearization.

North Korea to cut off all lines of communication with South