Global economy to shrink 6% in 2020 on coronavirus pandemic: OECD

The global economy is projected to shrink 6.0 percent in 2020 from the previous year, the Organization for Economic Cooperation and Development said Wednesday, labeling the new coronavirus pandemic as the worst economic crisis since World War II.

But the world would see a 7.6 percent contraction in 2020 in a worst-case scenario in which a second wave of infections rapidly occurs later this year, the organization said in its economic outlook report.

The projections compare with growth of 2.4 percent estimated by the OECD in March. 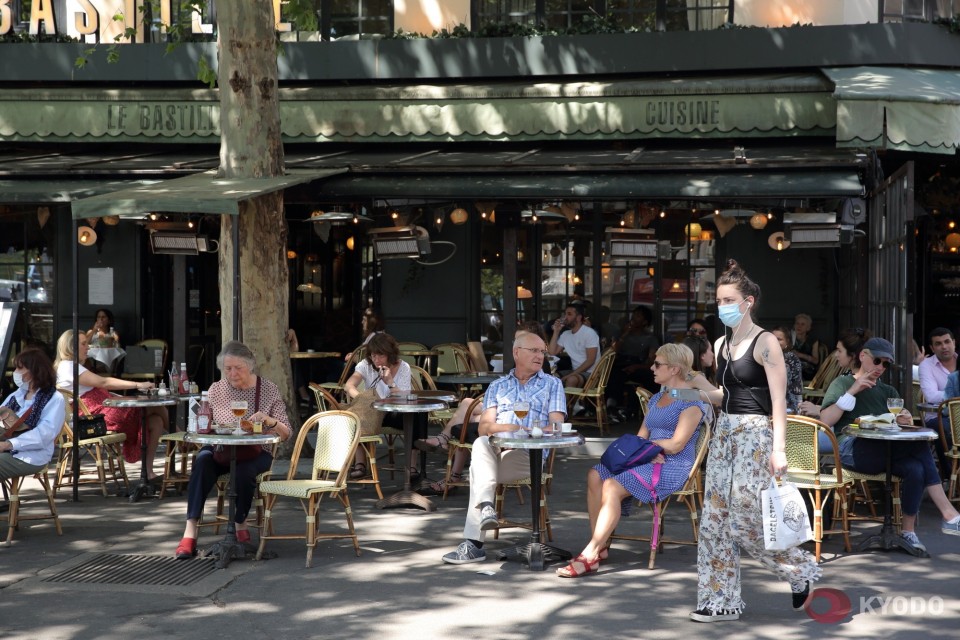 People spend time at a cafe in Paris on June 2, 2020, as an easing of anti-coronavirus business restrictions in France allowed restaurants, bars and coffee shops to reopen for the first time in about two and a half months. (Kyodo)

The projection of a 6.0 percent contraction was presented based on the assumption that the pandemic continues to recede and remains under control.

COVID-19, the respiratory disease caused by the coronavirus, "is the worst health and economic crisis since WWII, disrupting health, wellbeing and jobs, and creating extraordinary uncertainty," the Paris-based club of 37 mostly wealthy nations said.

"The recovery will be slow and the crisis will have long-lasting effects," it said.

The organization expects a rebound in 2021, projecting a 5.2 percent expansion. Under the pessimistic scenario, the global economy is estimated to grow 2.8 percent.

Although the virus pandemic has "started to recede" in many countries and economic activity has "begun to pick up" recently, "policymakers around the world will continue to walk on a tightrope" toward recovery, the report said.

"Even if growth does surge in some sectors, overall activity will remain muted for a while," it said.

Earlier this week, the World Bank issued a similar report, saying that the global economy will contract 5.2 percent this year, and potentially almost 8 percent under a scenario in which the outbreak persists beyond "mid-year" and keeps advanced economies from lifting domestic mitigation measures completely. 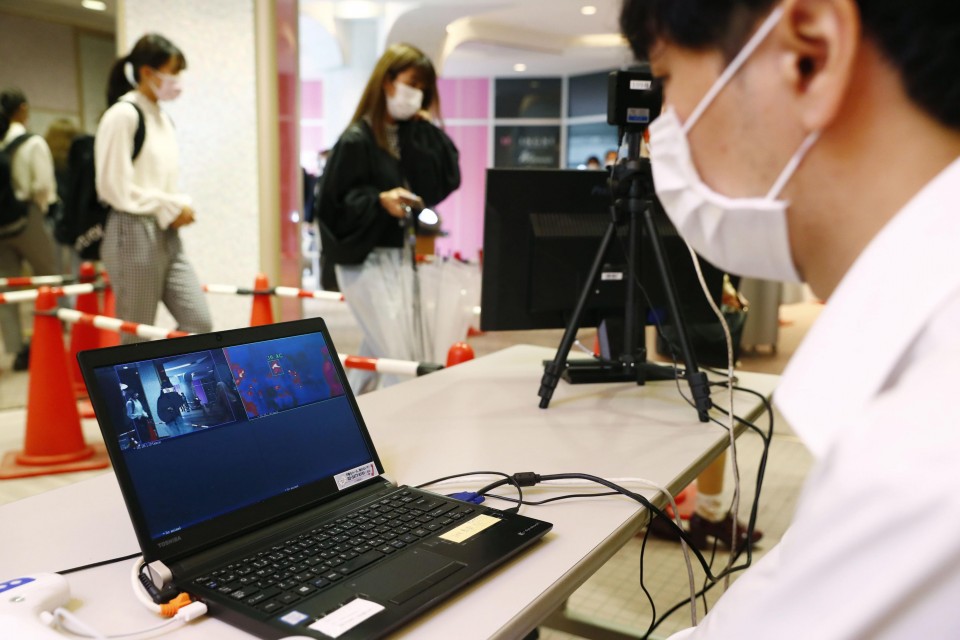 An employee checks customers' temperatures at the Shibuya 109 fashion building in Tokyo on June 1, 2020, as it reopens after being closed due to the coronavirus pandemic. (Kyodo)

By country, the OECD forecast that Japan's economy would contract 6.0 percent in 2020 compared with its previous projection of 0.2 percent growth. The world's third-largest economy would shrink 7.3 percent under the worst-case scenario.

The organization expects major European countries to be hit more severely, with the economy of the United Kingdom expected to contract 11.5 percent and that of France to shrink 11.4 percent in 2020 under the optimistic scenario.

The OECD said the eurozone economy is projected to shrink 9.1 percent, and 11.5 percent under the pessimistic scenario.

As for the United States, which is now hardest-hit by the pandemic both in terms of the number of confirmed infections and deaths, its economy is projected to contract 7.3 percent, and 8.5 percent in the worst-case scenario.

The economy of China, where the virus was first detected late last year, is projected to contract 2.6 percent, and 3.7 percent under the pessimistic scenario.

The organization stressed the importance of global cooperation for an economic recovery.

"Prosperity comes from dialogue and cooperation. This holds true at the national and global level," it said.

5,000 nonregular workers in Japan laid off due to coronavirus fallout