Tokyo Olympic organizers have no agreement with 20% of games venues

The organizing committee of the Tokyo Olympics and Paralympics said Friday it has not yet reached agreements to use about 20 percent of the venues for the postponed games next year.

Speaking at a press conference, organizing committee CEO Toshiro Muto also revealed that negotiations are continuing for use of the athletes village, which was planned to be renovated and converted to apartments after the games.

Securing the use of venues and facilities following the one-year delay of the Tokyo Games from this summer to next due to the novel coronavirus pandemic has been one of the challenges for the organizing committee as some of them have already been booked for the summer of 2021.

"We've been asking if we can use the same venues for the same means. Adjustments remain, but we've reached a general understanding with about 80 percent," Muto said.

According to Muto, the National Stadium, which is scheduled to stage the games' opening and closing ceremonies, is among the venues that can likely be used. 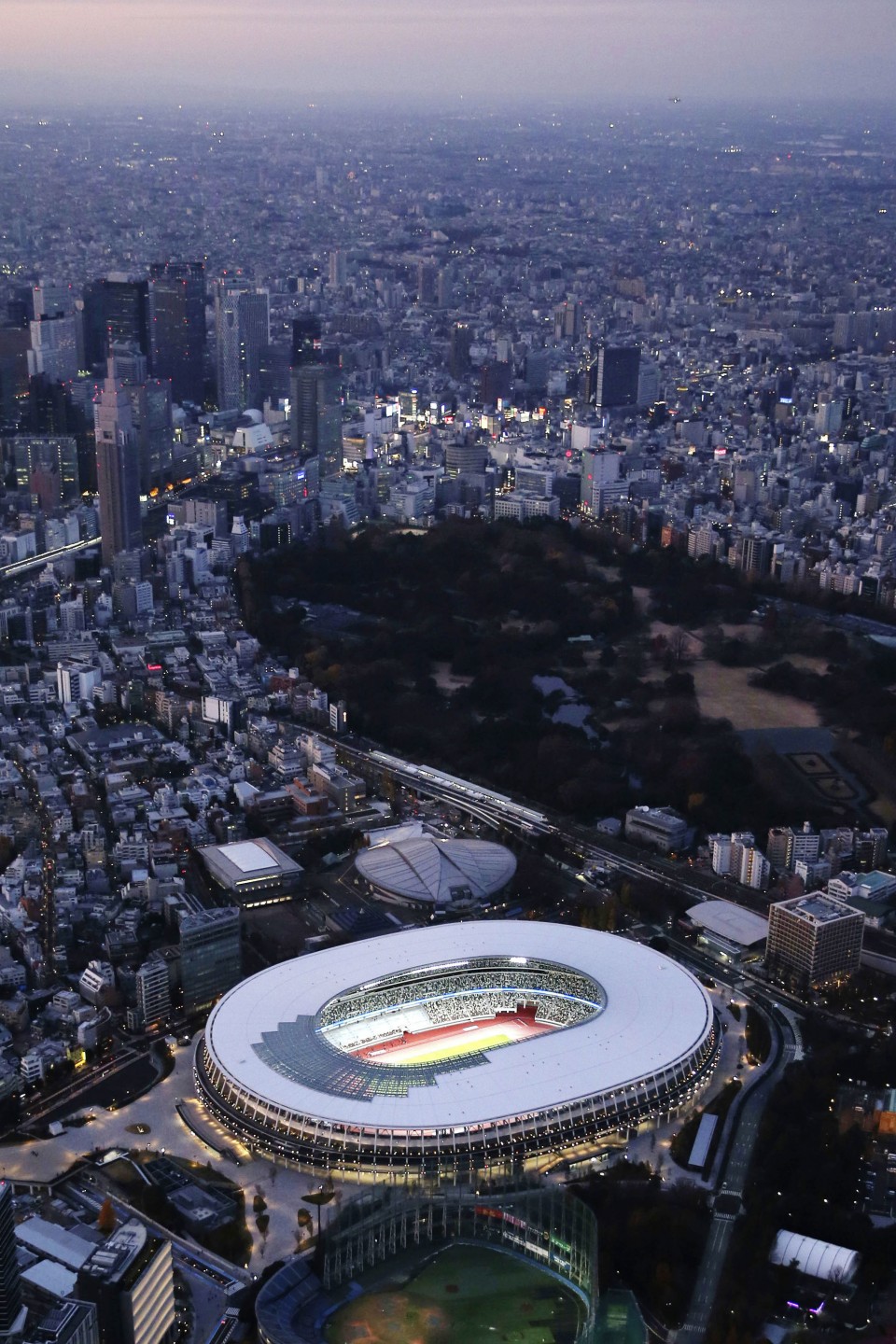 File photo taken on Dec. 15, 2019, shows the new National Stadium in Tokyo. The Tokyo Olympics, which were postponed due to the global coronavirus pandemic, will be held from July 23 to Aug. 8 in 2021, according to an official familiar with the matter. (Kyodo)

The organizers, however, are still negotiating with Tokyo Big Sight, a convention and exhibition center that was supposed to be used as the main press center.

Makuhari Messe in Chiba Prefecture, a large-scale convention complex that is expected to stage taekwondo, fencing and wrestling at the Olympics, has not been secured.

Earlier in the day, organizing committee President Yoshiro Mori revealed a plan about exhibiting the Olympic flame at the Japan Olympic Museum in the country's capital.

The museum opened to the public in September to showcase the history and significance of the games in the buildup to the 2020 Olympics.

The flame was lit in Greece and brought to Japan for the domestic leg of the relay before the decision was made to push back the games.

The Japanese leg of the torch relay was scheduled to kick off on March 26, two days after the postponement decision was agreed to by International Olympic Committee President Thomas Bach and Japanese Prime Minister Shinzo Abe.