Kyoto Prison held Friday Japan's first drill to prepare for a possible outbreak of the new coronavirus at a jail, with officers separating an infected inmate and disinfecting the facility.

In Japan, there have so far been no reports of mass infections at a prison. The drill held at the prison in Kyoto's Yamashina Ward was based on the premise of an inmate being suspected of coronavirus infection and several officers who have been in close contact with him.

Wearing protective gear, two pairs of gloves and goggles, the officers carried a male officer who played the role of an inmate to a separate building by wheelchair. They also disinfected the inmate's cell. 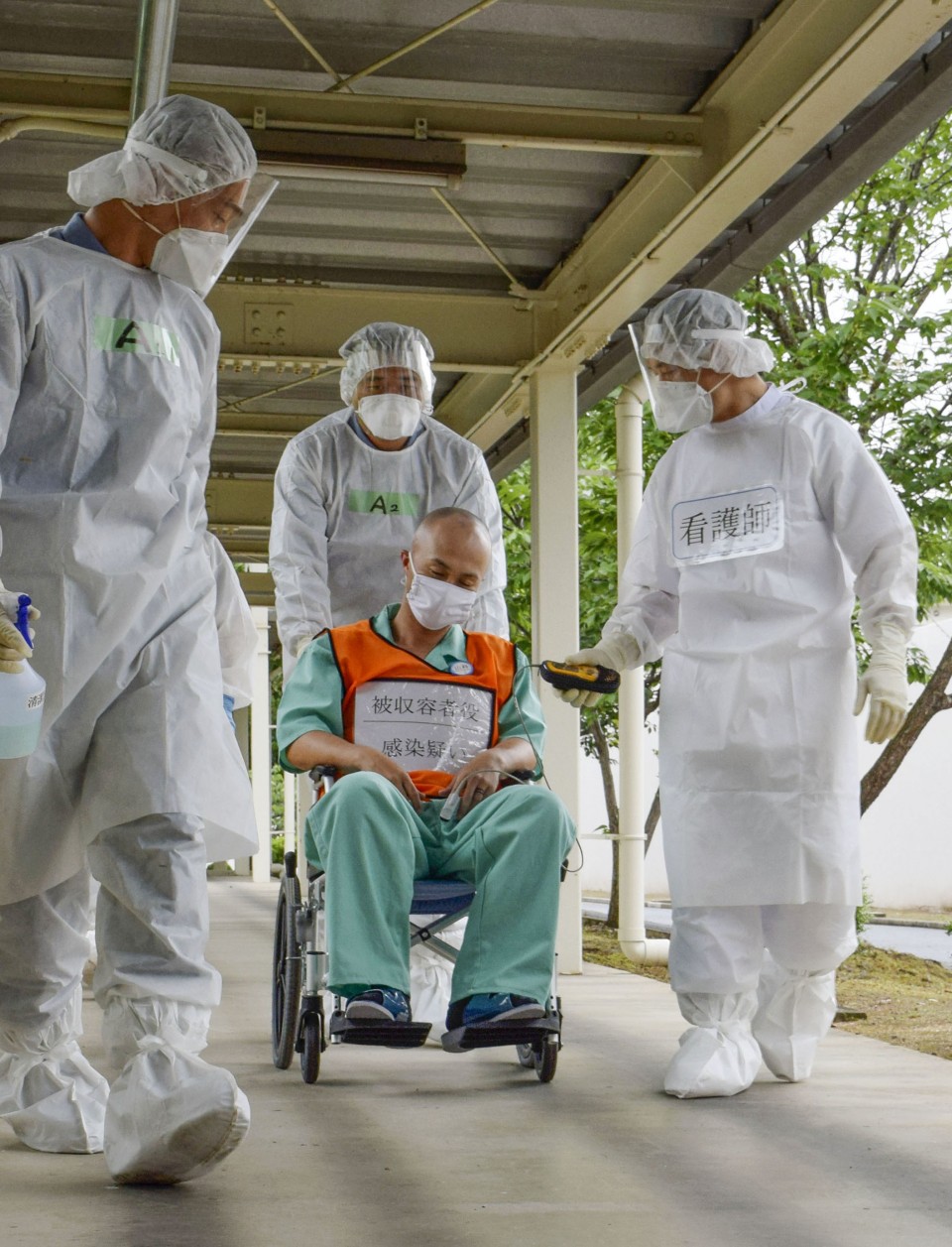 "Kyoto Prison has many elderly inmates, and 60 percent of people aged 70 or older here have underlying health conditions," said Hiroaki Otake, the head of the prison. "We will remain vigilant and strengthen measures against the virus amid growing concerns over a second wave of infections."

The drill was based on coronavirus countermeasures drawn up by the Justice Ministry, which oversees penal detention facilities across the country.

In April, a defendant in his 60s at Tokyo Detention House was confirmed to have COVID-19, the disease caused by the virus, while eight officers at Osaka Detention House and a male officer at a prison in northern Japan's Hokkaido tested positive for the disease.