Shiori Ito, a journalist and symbol of Japan's #MeToo movement, sued cartoonist Toshiko Hasumi for damages on Monday for allegedly defaming her on Twitter.

In a suit filed with the Tokyo District Court, Ito is seeking 5.5 million yen ($50,000) in damages from Hasumi for five posts she made between June 2017 and last December that included an illustration of a woman who appears to be Ito, and 2.2 million yen from a creator and a doctor, both men, who allegedly spread the posts.

She is also asking for the posts to be taken down.

In a country where few sexual assault victims come forward, Ito, 31, has become a symbol of Japan's movement against sexual abuse after going public with a rape accusation against Noriyuki Yamaguchi, a 54-year-old former Washington bureau chief of Tokyo Broadcasting System Television Inc. 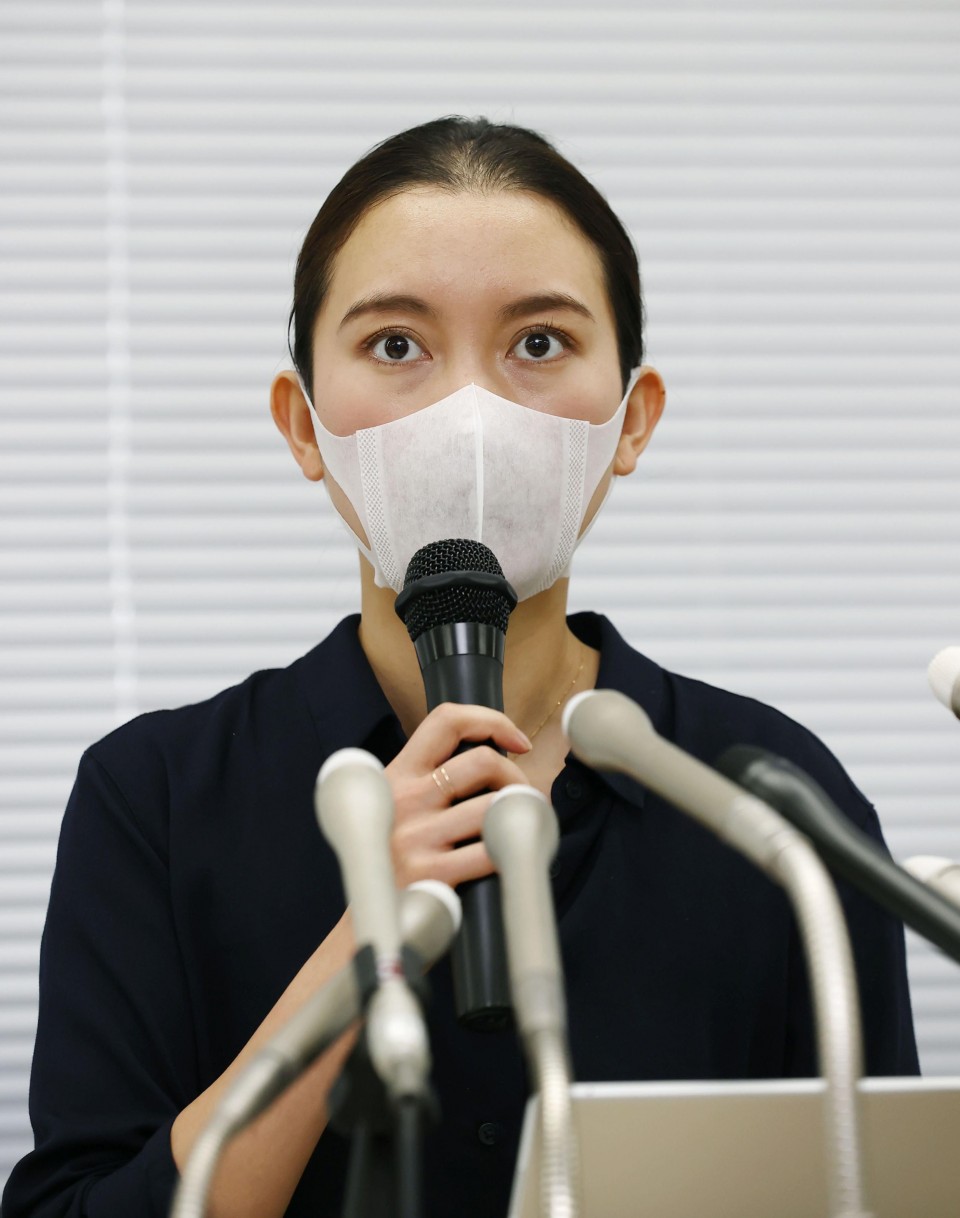 (Journalist Shiori Ito speaks at a news conference in Tokyo on June 8, 2020)

The district court last December ordered Yamaguchi, a biographer of Prime Minister Shinzo Abe, to pay 3.3 million yen in damages to Ito, recognizing he "had sexual intercourse without the consent of Ito, who was in a state of intoxication and unconscious."

The civil court's decision, which Yamaguchi has appealed, contrasted sharply with the criminal proceedings that were launched after Ito filed a complaint with police when prosecutors decided not to indict Yamaguchi due to insufficient evidence.

Ito claims Hasumi's cartoon defamed her by suggesting she filed a false rape accusation and is pretending to be a rape victim.

Although Hasumi has defended her work as "satire" and fictional and that it is "unrelated to any real person," the lawsuit says the cartoon and its content make it easy to identify the character as Ito.

"I kept telling myself that I only have to refrain from looking online but decided to take action because if I don't, it will continue to spread," Ito told reporters at a press conference in Tokyo after filing the lawsuit.

She also said she is making preparations to sue others she claims have defamed her online.

Hasumi is known for releasing in December 2015 a collection of illustrations titled "Soda nammin shiyo! Hasumi Toshiko no sekai" (That's right, I should become a refugee! The world of Toshiko Hasumi).

The title comes from a controversial illustration she posted on Facebook earlier in which she depicted a Syrian refugee girl commenting that she wishes to lead a life of luxury at someone else's expense.

Her works have been widely criticized as stoking hatred of Syrian refugees and other minorities.