Yuya Osako scored his sixth goal of the season on Saturday but it was not enough to lift Werder Bremen out of the relegation zone as the German first-division side went down 3-1 at Mainz.

The Japan forward pulled one back for Werder Bremen with a left-footed cannon off the crossbar in the 58th minute after Robin Quaison and Jean-Paul Boetius put the hosts up 2-0 before the break. 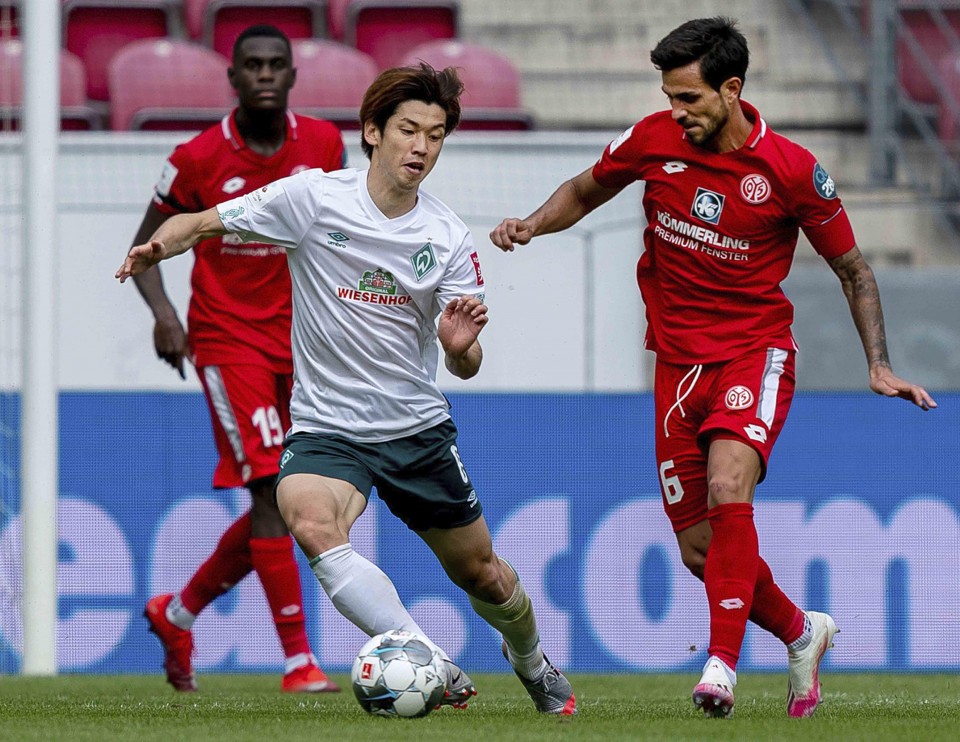 Yuya Osako (L) of Werder Bremen in action during a Bundesliga match against Mainz on June 20, 2020. (Pool)(Kyodo)

But Edimilson Fernandes sealed the win in the 85th as Mainz secured the three points to ensure they stay in the Bundesliga.

Werder Bremen remain second to last in the table and need a win against Cologne in their final match of the season Saturday to have a chance of avoiding relegation by finishing 16th and clinching a relegation playoff place.

Fortuna Dusseldorf, who are currently in 16th and two points ahead of Bremen, can ensure they finish in that place with victory over Union Berlin next week.