A man who lost his father to the new coronavirus said Wednesday that he has filed a suit seeking compensation and an apology from local governments, including the central Chinese city of Wuhan, the original epicenter of the outbreak.

It is the first known case of a bereaved family member of a victim of the pneumonia-causing virus taking this kind of legal action. The lawsuit says the authorities initially tried to cover up information and suppressed medical warnings about the epidemic. 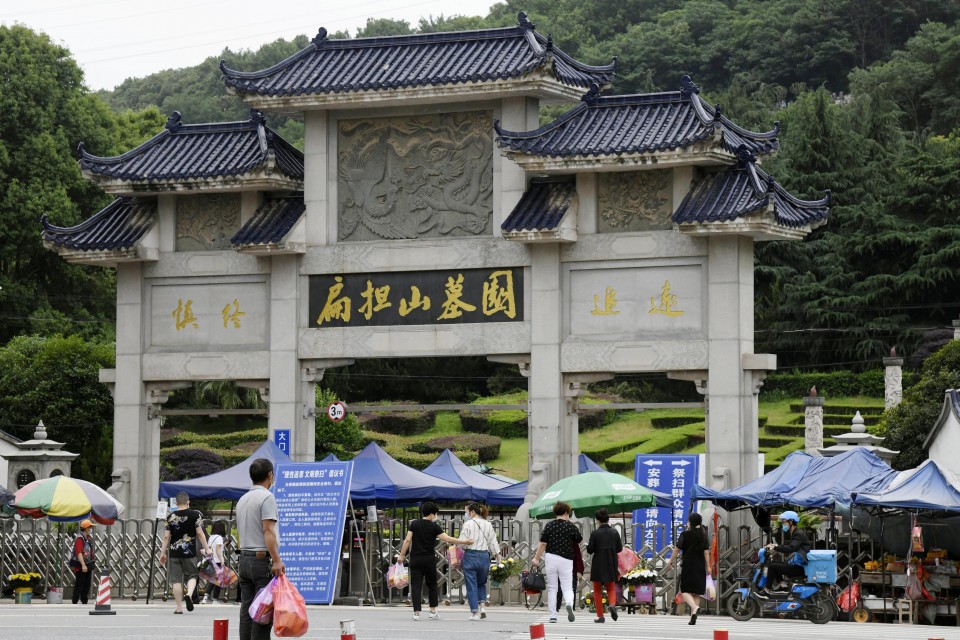 Photo taken on May 20, 2020, shows a cemetery where COVID-19 victims were buried in the central China city of Wuhan, the first epicenter of the global coronavirus pandemic. (Kyodo)

Zhang Hai, 50, sent the complaint against municipal governments, such as Hubei Province and its capital city, to Wuhan Intermediate People's Court on Wednesday, but it remains uncertain whether it will be accepted.

"For an extended period, the Wuhan government has ignored complaints of the bereaved families and put various pressures on calls to take responsibility," said Zhang, whose 76-year-old father, Zhang Lifa, died of the virus on Feb. 1.

Based on scientific papers and domestic reports, the complaint emphasizes that the virus was already transmitting from person to person in Wuhan by late December to early January and that the number of patients with respiratory diseases rapidly increased.

Nevertheless, health authorities failed to reveal relevant information in the early stages of the virus spread, and placed political pressure on medical experts, the complaint said, urging the court to identify such actions as "illegal."

In Hubei Province, a male civil servant has also filed a suit against the local government, but security authorities have asked him to drop it, a source familiar with the situation said.