Organizers of the 2020 Olympics and the Tokyo metropolitan government are moving away from holding celebrations this summer to mark one year before the delayed Olympics open, a source with knowledge of the matter said Thursday.

Because the Olympics have been postponed a year until July 23, 2021 due to the novel coronavirus pandemic, a lavish one-year-to-go celebration is being seen by those planning the games as inappropriate.

A source within the organizing committee revealed that posters and messages of encouragement to athletes may take the place of a big event, a move that is in keeping with the current thinking of organizing and local government to streamline the games.

Last year on July 24, Tokyo staged a lavish one-year-to-go ceremony, showed off its 2020 Olympic medals and invited International Olympic Committee President Thomas Bach and athletes from around the world.

Because of the coronavirus' global toll in infections and deaths and the fact that the situation is not improving in many nations, the organizing committee believes public opinion this time demands a different kind of message. A more moderate tone, organizers believe, will do more to build Olympic momentum while meshing with the new goal of reducing the cost of the games.

The poster would be published through newspapers and other media channels and will include messages for athletes facing hardships. 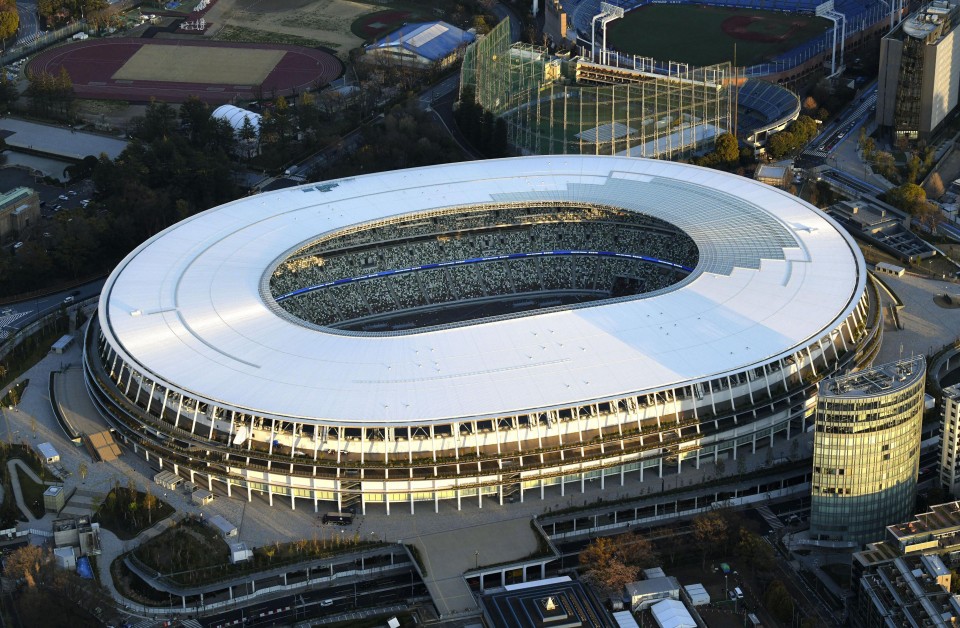 File photo taken on March 24, 2020, shows the National Stadium in Tokyo, the main venue of the Tokyo Olympics and Paralympics. Japan may simplify the format of next year's Tokyo Olympics as part of efforts to prevent the spread of the novel coronavirus, according to government sources. (Kyodo)