A European Parliament committee adopted a resolution earlier this week urging the Japanese government to take measures to stop Japanese parents from abducting their children within the country when their marriages with EU nationals fall apart.

Japan is already a party to the 1980 Hague Convention on the Civil Aspects of International Child Abduction, an international treaty providing a framework for the return of a child abducted by a parent living in another country. But its principles have no direct application to domestic abductions.

The resolution, adopted unanimously Tuesday by the Committee of Petitions and expected to be presented at a plenary session of the European Parliament in July for adoption, adds pressure to the Japanese government to change its domestic legal framework to better address the issue.

"The significant number of unsolved parental child abduction cases where one of the parents is an EU citizen and the other is a Japanese citizen is alarming," the resolution said, calling on EU member states to bring up the issue when holding bilateral or multilateral meetings with Japan.

The resolution stated "child abduction is a strong form of child abuse" and "access or visiting rights of the so-called 'left-behind' parents in Japan are severely limited or non-existent."

It called on Japan to "follow international recommendations to introduce necessary changes in their legal system and put in place the possibility of shared/joint custody after the dissolution of parents' relationship in order to bring in line their domestic laws with their international commitments."

Japan adopts the sole custody system and the country's courts often award mothers custody. It is not unusual for children to stop seeing their fathers after their parents break up. 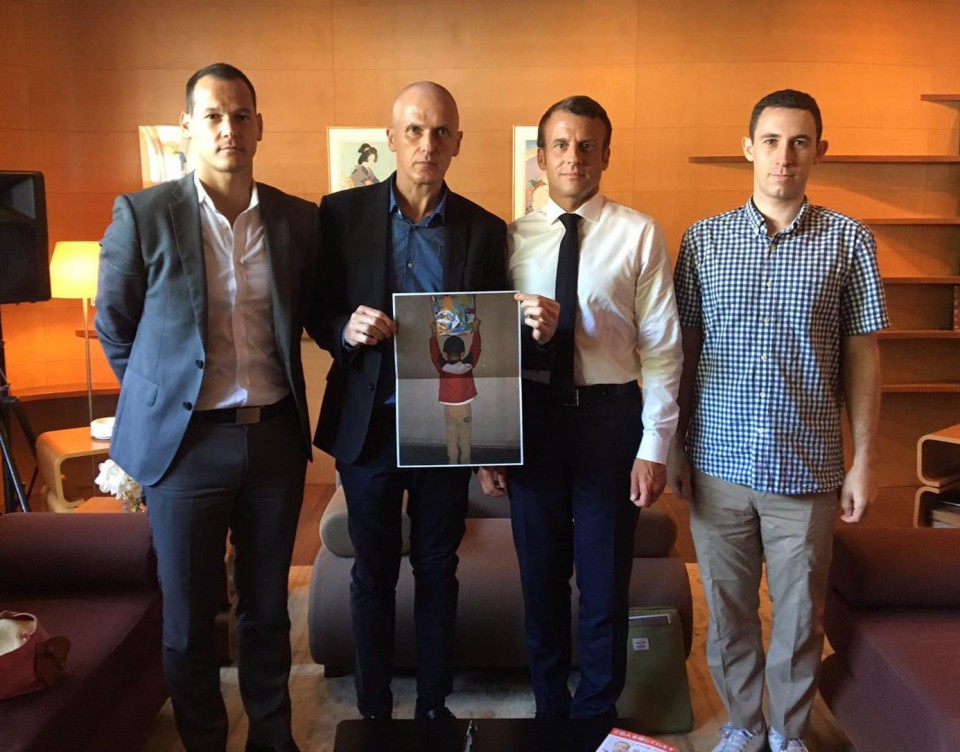 Parental child abduction has affected not just foreign parents in Japan but many other parents in the country as well. Some left-behind parents have sued the Japanese government, seeking damages for failing to set a legal framework to maintain their ties with children.

A Justice Ministry study group has been discussing whether to introduce joint custody since last November but concerns have been raised over parents with a history of spousal or child abuse.

Left-behind parents who brought the issue to the European Parliament committee in February welcomed the latest resolution.

"This resolution demonstrates that the EU is fully supportive of our kidnapped children and acknowledges the lack of response from the Japanese authorities and disregard of its Human Rights obligations," said a joint statement by Vincent Fichot, a 38-year-old French national and Tommaso Perina, a 42-year-old Italian national.

Both Fichot and Perina live in Tokyo.

After Fichot met with French President Emmanuel Macron in Japan in June last year to share his experience of being a left-behind parent, Macron, together with other leaders, raised the issue with Prime Minister Shinzo Abe.

Japan acceded to the Hague Convention in 2014 after long-standing international criticism for being a safe haven for international child abductions by parents.

Tokyo has also been a party to the U.N. Convention on the Rights of the Child since 1994, which respects children's right to maintain personal relations and direct contact with both parents on a regular basis.