Citizens in Pyongyang, most of whom were wearing protective face masks amid the new coronavirus pandemic, laid flowers at a major cemetery in the city on Thursday, the 70th anniversary of the start of the 1950-1953 Korean War.

The Fatherland Liberation War Martyrs Cemetery was founded in the capital in 2013, when North Korea celebrated the 60th anniversary of what it calls its victory in the war. North Korean leader Kim Jong Un has often visited there on memorial days. 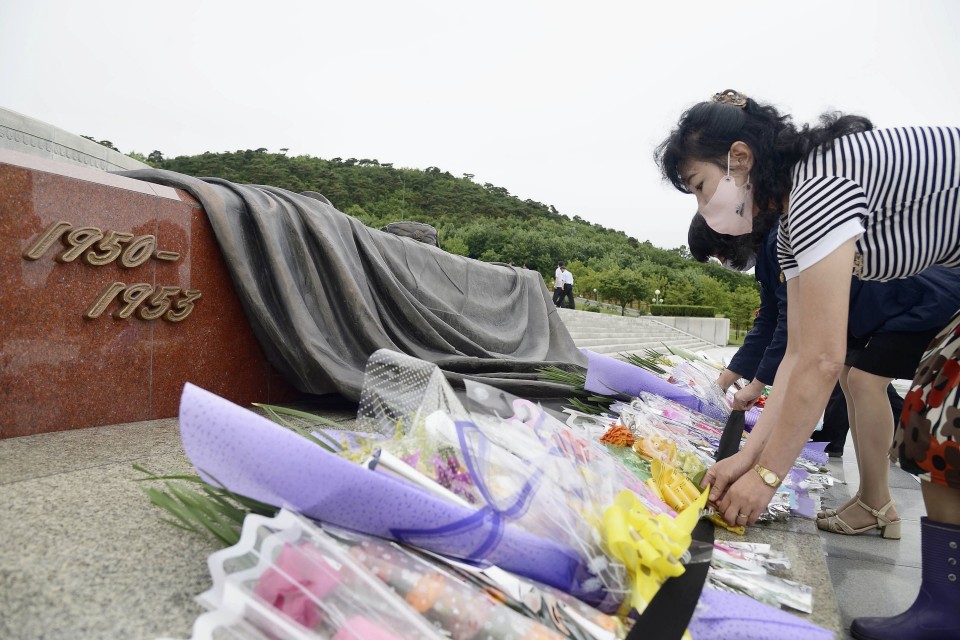 North Korean citizens offer flowers for soldiers who died in the Korean War at the Fatherland Liberation War Martyrs Cemetery in Pyongyang on June 25, 2020, the 70th anniversary of the war's outbreak. (Kyodo)

Thursday's edition of the Rodong Sinmun, the mouthpiece of the ruling Workers' Party, said in its editorial, "Now that the rising generation has become the main force of the revolutionary ranks, the spirit of defending fatherland has become more and more precious."

But North Korea's most influential newspaper did not run articles criticizing the South, while tensions between the two Koreas have sharply intensified since defector groups sent leaflets lambasting Kim's rule across the border by balloon late last month.

Recently, Kim has been attacking the South in an apparent bid to maintain his clout at home as the country's economy has been languishing against a backdrop of the outbreak of the new virus. Pyongyang has claimed it has seen no infections in the nation.

On June 16, North Korea blew up the inter-Korean liaison office in the country's border city of Kaesong -- one of the symbols of reconciliation on the Korean Peninsula.

The following day, Pyongyang said its troops would redeploy to two areas that had been demilitarized under agreements with the South in retaliation for the scattering of anti-Pyongyang leaflets, fanning fears that inter-Korean military strains would escalate.

On Monday, North Korea's state-run media reported that the nation has almost completed preparations for "the largest-ever distribution" of propaganda material against the South, saying it has printed 12 million leaflets.

Pyongyang, however, suddenly said Wednesday that it has "suspended" military action plans against Seoul, although the intention of the announcement was unclear and it remains doubtful whether the move will trigger a thaw in inter-Korean relations.

During the Korean War, which began on June 25, 1950, with a North Korean invasion, the United Nations forces led by the United States fought alongside the South against the North, supported by China and the Soviet Union, Russia's predecessor state.

Hostilities ceased with an armistice agreement signed on July 27, 1953, by the U.S.-led U.N. Command, North Korea and China. South Korea was not a party. The Korean War is called in the North the "Fatherland Liberation War." 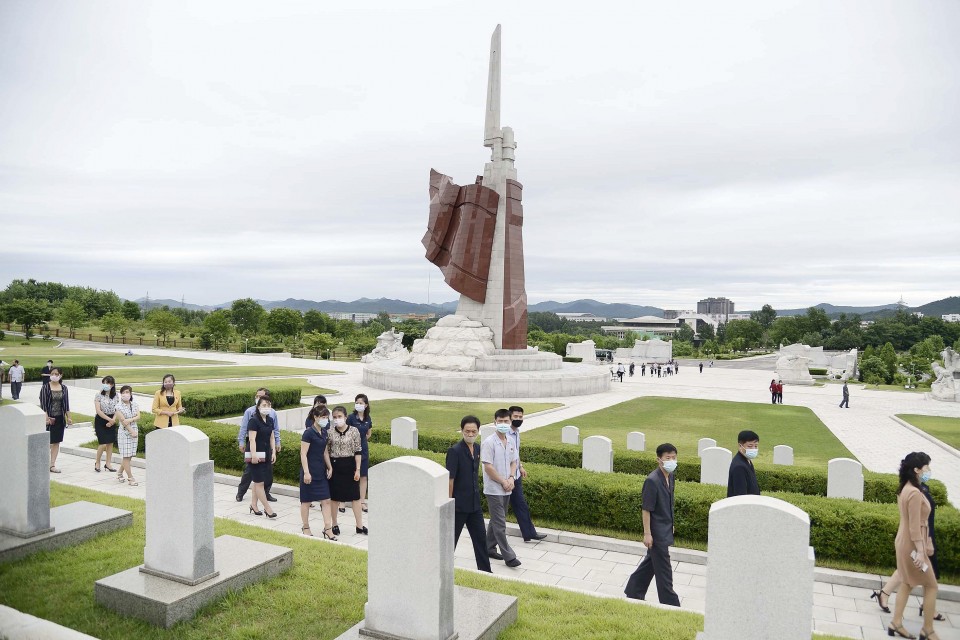 North Korean citizens visit the Fatherland Liberation War Martyrs Cemetery in Pyongyang on June 25, 2020, the 70th anniversary of the outbreak of the Korean War, to offer flowers for fallen soldiers. (Kyodo)