H.I.S. Co. plans to close around 80 to 90 outlets in Japan, or about a third, within a year as part of cost-cutting efforts after the major travel agency was left reeling at the effects of the coronavirus pandemic.

H.I.S. has also decided to suspend new-graduate recruitment for the year starting April 2021.

The company reported Wednesday a group net loss of 3.45 billion yen ($32.19 million) for the fiscal 2020 half-year through April, falling into the red for the first time on an interim basis since its listing in 2002. 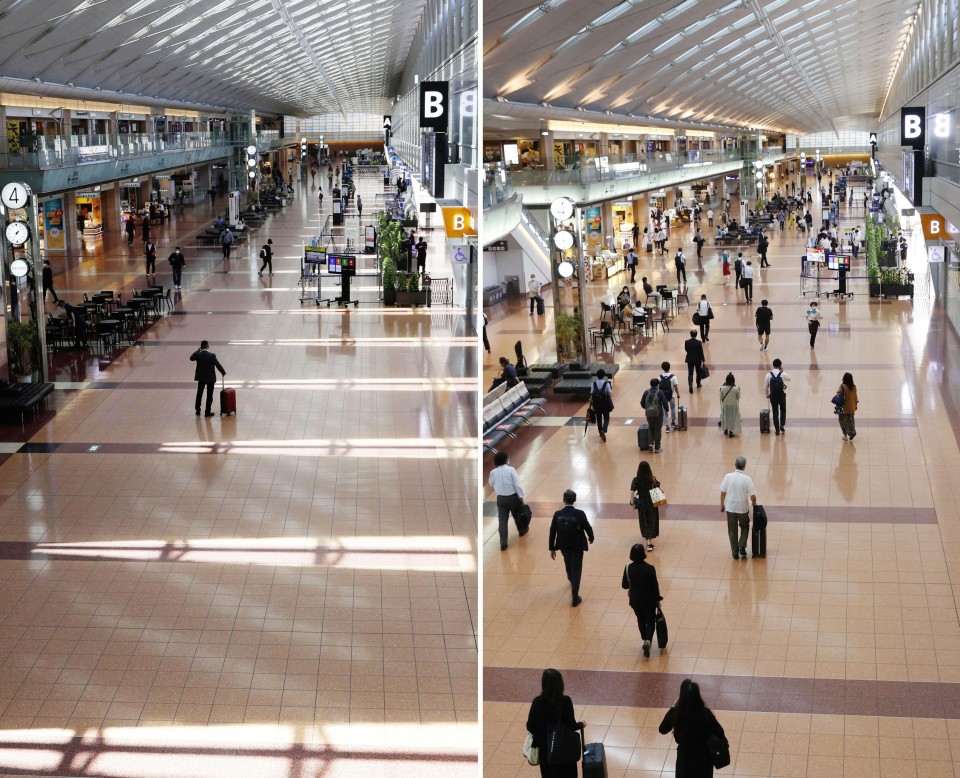 It cited a host of overseas package tour cancellations as the main reason for the dismal results, and did not give an earnings forecast for the year through October.

Speaking during an online press conference, H.I.S. Chairman Hideo Sawada said it is difficult to see demand for overseas trips recovering before next year due to the impact of the virus.

The company aims to slash spending by about 20 billion yen this year by cutting personnel and advertising costs, among other measures. It has also decided not to pay summer bonuses to staff.

The number of Japanese nationals departing the country in April plunged 99.8 percent from a year earlier to 3,915, according to the Japan National Tourism Organization.

Freedom of travel restored across Japan as virus fears ease