Hong Kong leader Carrie Lam said Wednesday that the enactment of a controversial national security law for the special administrative region would not undermine freedoms and human rights there, despite mounting fears China will tighten its grip on the territory.

The envisaged law would not prevent most Hong Kong citizens from exercising their basic rights, Lam told a press conference in Beijing after a three-hour meeting with Chinese Vice Premier Han Zheng. 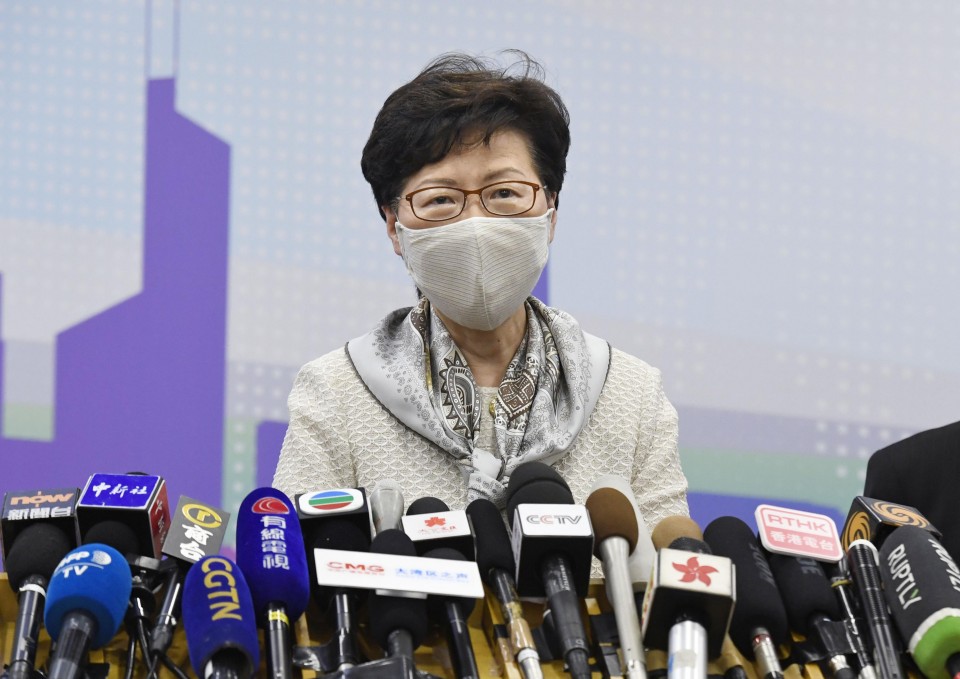 It would only target the extreme few who do harm to national security, she said, while quoting Han, who is in charge of Hong Kong affairs, as saying that the central government will decisively advance the legislation to protect national security.

Asked about whether she told him that objections to the law are rife in Hong Kong, she declined to disclose the details of what they discussed.

Last week, China's parliament passed a resolution to introduce a national security law to crack down on what Beijing views as subversive activity in Hong Kong, antagonizing pro-democracy protesters in the territory and much of the international community.

If the law comes into effect, even people in Hong Kong who criticize Beijing may be accused of sedition, making a sham of the one country, two systems framework, pundits say.

In a recent interview with state-run China Central Television, Lam said, "Every country in the world needs national security legislation, so why should Hong Kong be an exception?"

She added that Beijing has to follow "very important principles" in preparing it. "One is to uphold one country, two systems. Second is to safeguard national security, and third, which is very important one, is to uphold all the rights and freedoms enjoyed by the Hong Kong people," she said.

Over the Communist-led Chinese government's perceived endeavor to erode Hong Kong's freedoms and human rights, U.S. President Donald Trump has said his administration has decided to drop Hong Kong's preferential treatment as a separate customs and travel territory from the rest of China.

Britain, Australia, Canada and the United States have also called on China to work with the Hong Kong government and people to reach "a mutually acceptable accommodation that will honor China's international obligations."

Last year, large-scale protests against Chinese President Xi Jinping's leadership repeatedly erupted in Hong Kong in the wake of its attempt to put a now-withdrawn controversial extradition law in place, prodding Beijing to craft a security law for the territory.