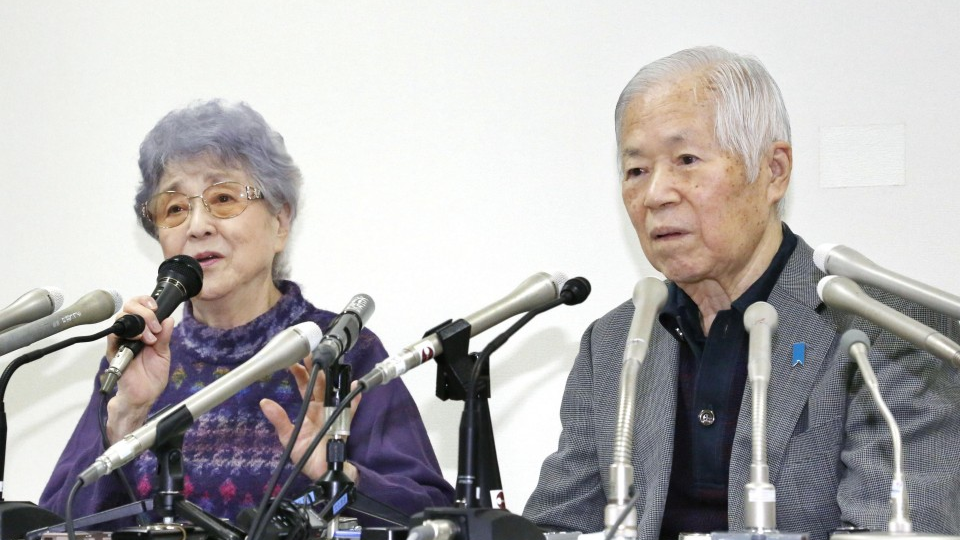 Shigeru Yokota (R) and his wife Sakie, the parents of Japanese abductee Megumi Yokota, speaks at a press conference in Kawasaki, near Tokyo, on Nov. 15, 2017, the day their daughter was abducted by North Korea 40 years ago at age 13. (Kyodo)

TOKYO - Shigeru Yokota, a central figure in efforts to bring back Japanese nationals who were abducted by North Korea in the 1970s and 1980s, among them his daughter Megumi, died Friday, his family said. He was 87.

Always mild-mannered despite the heartbreaking situation he was thrown into, Yokota worked for more than two decades with family members of other abduction victims in pressing the government to rescue their children and siblings, whom they believe are still alive in the North.

Megumi was 13 when she disappeared on her way home from school in 1977. At the time, the family were living in Niigata Prefecture on the Sea of Japan coast after Yokota, an employee of the Bank of Japan, was transferred to a local branch of the central bank.

The group has since worked tirelessly to raise public awareness of the issue, maintaining hope for the return of the victims even in the face of worsening relations between Japan and North Korea due to Pyongyang's nuclear and missile development programs.

Yokota served as the group's chief for more than 10 years until November 2007, when he resigned due to health reasons. He died of old age at around 3 p.m. Friday, with the family planning to hold a private funeral.

"My husband and I did our best together, but he passed before seeing Megumi again. I'm at a loss right now," Sakie, 84, said in a statement also signed by their sons, Takuya and Tetsuya.

Prime Minister Shinzo Abe expressed his condolences and said his government would renew its efforts to bring the abductees home.

"I'm filled with regret and sadness that as prime minister I have not been able to bring Megumi back to her parents. We must act decisively and take every opportunity to bring her and the other abductees home," he told reporters. 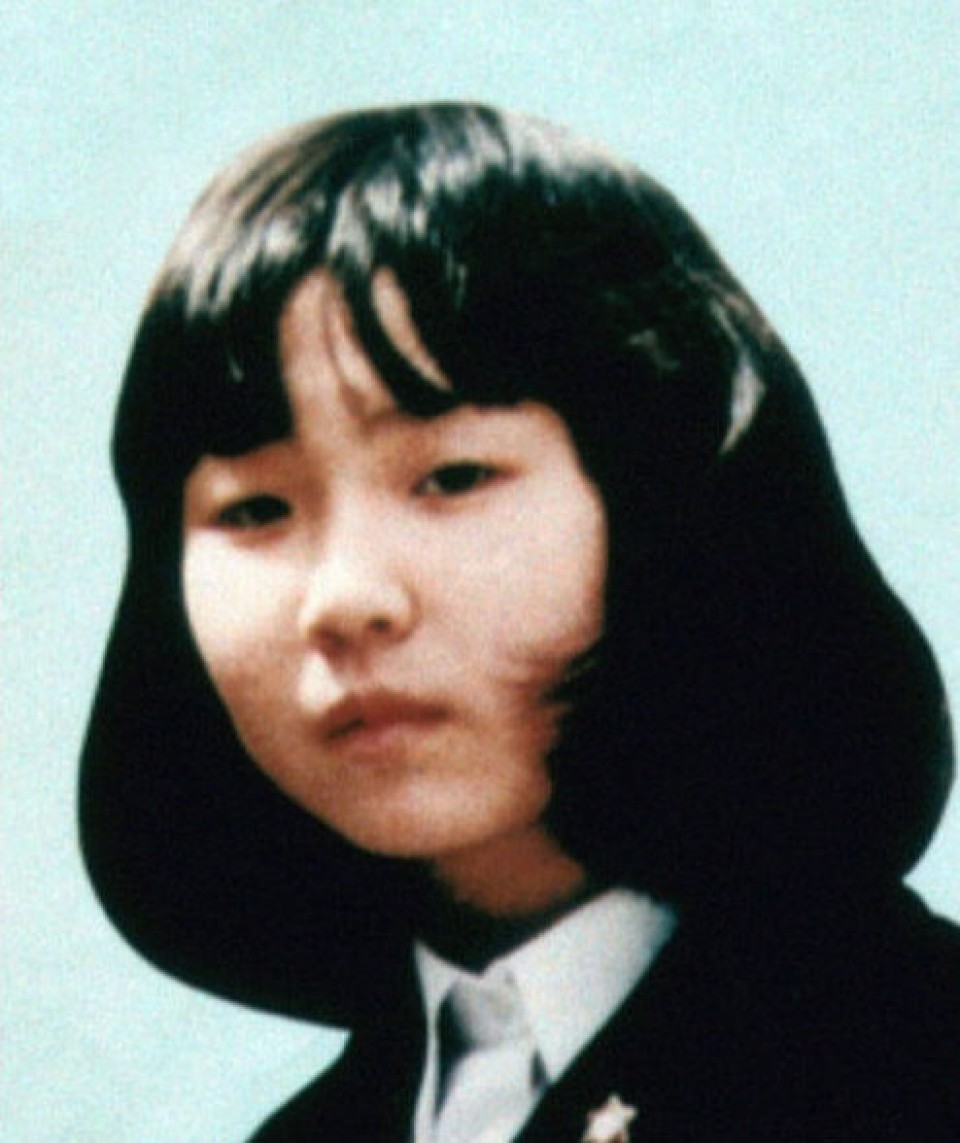 Japan officially lists 17 nationals as abductees but suspects North Korea was involved in many more disappearances. While five of the 17 were repatriated in 2002, Pyongyang maintains that eight, including Megumi, have died, and the other four never entered the country.

The North initially said Megumi killed herself while being treated for depression in 1993, but later changed the year of her death to 1994.

Japan rejects the claim that she has died, in part because the cremated remains submitted by Pyongyang were found through DNA tests conducted in Japan to not be hers.

North Korea says Megumi married Kim Young Nam, a South Korean who is believed to have been abducted as a teenager, in the North in 1986 and the couple had a daughter the following year.

The Yokotas were allowed by Pyongyang to secretly meet with their granddaughter Kim Eun Gyong in the Mongolian capital Ulaanbaatar in March 2014.

The abduction issue becomes more pressing each year as the families of the victims grow more elderly. Shigeo Iizuka, the current leader of the group Yokota helped found, said in a statement, "We knew this would happen someday. That's why we said 'Resolve it now, while we're still alive and healthy!'"

Desperate for a breakthrough, Japan solicited help from the United States. President Donald Trump referred to Megumi in an address to the U.N. General Assembly in September 2017, saying, "We know it (North Korea) kidnapped a sweet 13-year-old Japanese girl from a beach in her own country to enslave her as a language tutor for North Korea's spies."

But there has been little progress in recent years, as denuclearization talks between the United States and North Korea have stalled and Pyongyang has resumed ballistic missile tests in defiance of U.N. Security Council resolutions.

Yokota was always adamantly against the abductions being politicized, saying "It isn't a political issue, but a human rights issue where families have been torn apart."

He also opposed them becoming a source of racism toward ethnic Koreans living in Japan, writing in his memoir, "I always wanted to remain as reasonable as possible and avoid becoming extreme, because that is how you get more people to understand."