Okinawa on Tuesday marked the 75th anniversary of the end of a major World War II ground battle that claimed over 200,000 lives, including large numbers of local civilians as well as Japanese and U.S. combatants.

The annual memorial service was held on a scaled-down basis amid the coronavirus pandemic and Prime Minister Shinzo Abe was not invited. It also came amid the continued conflict between the Okinawa and central governments over the sizeable presence of the U.S. military in the island prefecture. 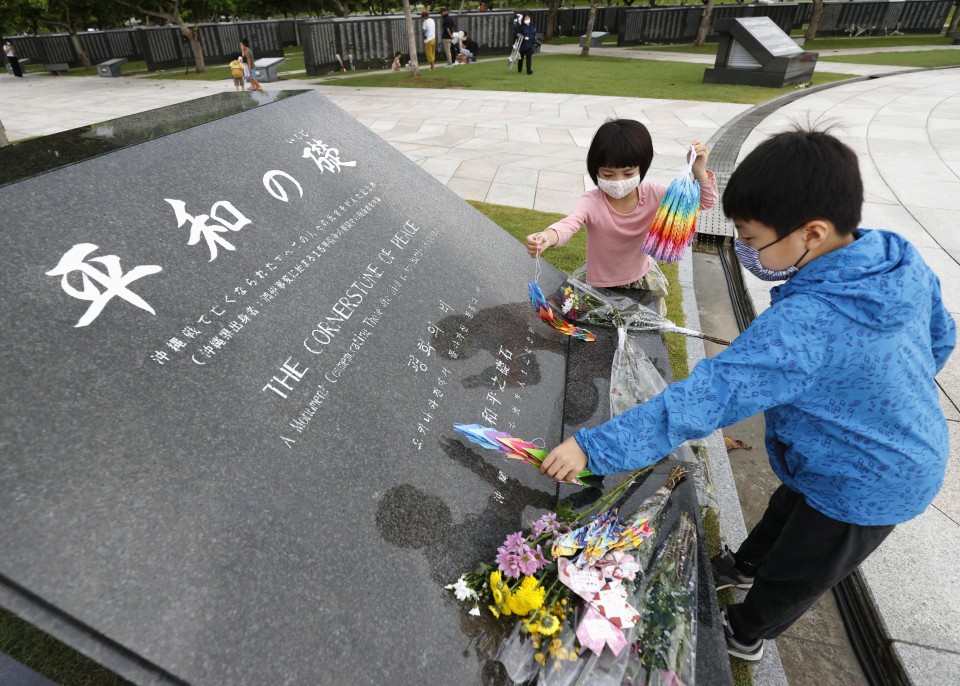 (A brother and sister place paper cranes before the Cornerstone of Peace at the Peace Memorial Park in Itoman, Okinawa Prefecture, on June 23, 2020, the 75th anniversary of the end of a major World War II ground battle in Okinawa)

U.S. base construction work in Okinawa resumes after virus hiatus

"We send our heart seeking peace to the world and ask (people) to share it," Okinawa Gov. Denny Tamaki said in his "peace declaration" at the ceremony held at the Peace Memorial Park in Itoman, the site of the final stage of the Battle of Okinawa.

He also said Okinawa shares the desire for peace with Hiroshima and Nagasaki.

Okinawa initially planned for the first time to invite the mayors of the two Japanese cities devastated by U.S. atomic bombs in August 1945, and a representative from the United Nations, but canceled the plan amid the pandemic.

The mayors sent video messages to the ceremony, calling for working together to achieve world peace.

Izumi Nakamitsu, U.N. undersecretary general and high representative for disarmament affairs, said in her video message, "In order to avoid repeating the unimaginable sufferings the victims of Okinawa experienced, international society as a whole needs to keep world peace and security." 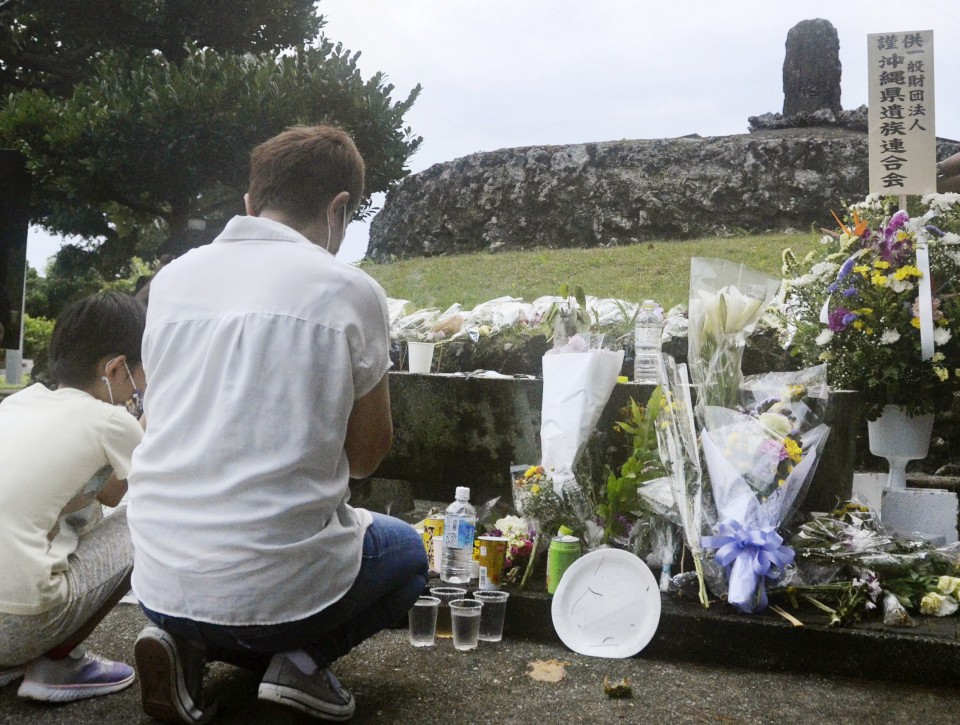 (People pray in front of a cenotaph in Itoman, Okinawa Prefecture, on June 23, 2020, the 75th anniversary of the end of a major World War II ground battle in Okinawa)

Around 160 invited participants who live in Okinawa Prefecture were allowed to attend Tuesday's ceremony. Last year, over 5,000 people attended.

Abe, who also sent a video message, acknowledged the "tremendous burden" that people in Okinawa have been bearing from a concentration of U.S. bases.

"I am determined to achieve results in stages in order to work toward relieving the burden," he said.

Okinawa accounts for about 70 percent of the total acreage exclusively used by U.S. military facilities in Japan, despite the prefecture only representing 0.6 percent of the country's land.

It has opposed a central government plan to move a U.S. base currently located in a crowded residential area to elsewhere in the prefecture, calling for shifting the base out of Okinawa altogether.

But Tokyo and Washington have already agreed to relocate the U.S. Marine Corps Air Station Futenma from Ginowan to the less populated Henoko coastal area of Nago.

In a prefectural assembly election this month, a bloc opposed to keeping the base in Okinawa retained a majority, reflecting strong local sentiment against Abe and his administration.

Yasuko Chinen, 82, who lost her father during the battle and escaped from the fires of war, visited the memorial park with her 15-year-old granddaughter and other family members.

"Children and grandchildren are growing up and we want no wars," she said.

Shosei Oshiro, 78, visited another park in Itoman to remember his father who died during the war. "I want the Japanese government to think about the pain of Okinawa."

Approximately 94,000 civilians, about a quarter of Okinawa's population at that time, as well as over 94,000 Japanese soldiers and some 12,500 U.S. troops died in the fighting that ran from March through June 1945, according to the government of the southern Japan prefecture. 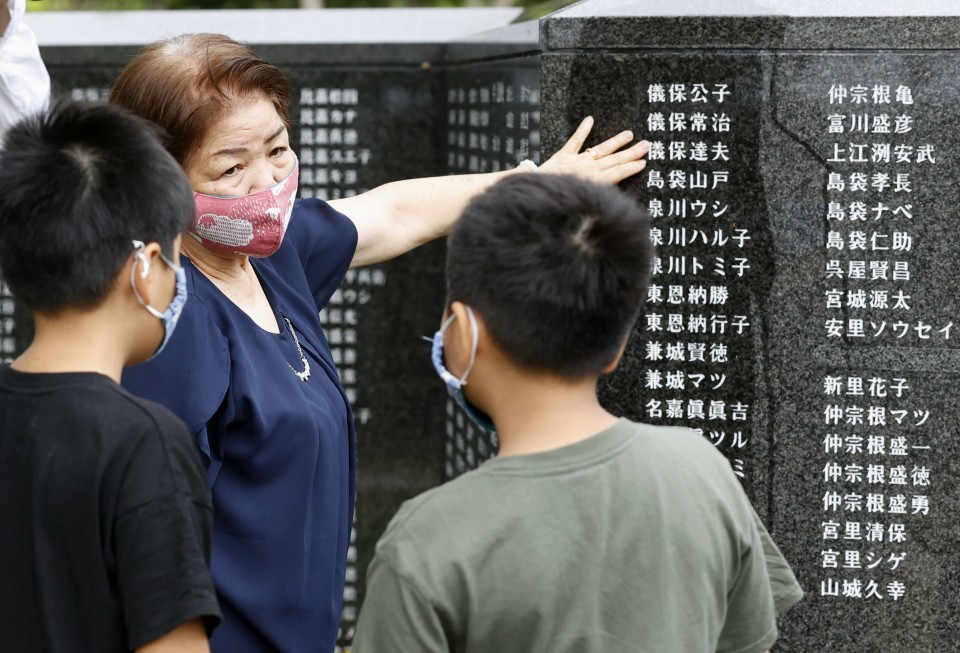 (People visit the Cornerstone of Peace at the Peace Memorial Park in Itoman, Okinawa Prefecture, on June 23, 2020, the 75th anniversary of the end of a major World War II ground battle in Okinawa)