Freedom of travel restored across Japan as virus fears ease

Japan lifted its final advisories on inter-prefecture travel on Friday, as the government said it believes the spread of novel coronavirus has been kept in check.

Long-distance passengers started returning to railway stations and airports while a number of entertainment venues across the country reopened.

Although the government lifted the nationwide state of emergency in late May, people had been advised to avoid all nonessential travel to and from Tokyo and its surrounding prefectures of Chiba, Kanagawa and Saitama, and Hokkaido in northern Japan.

With travel advisories already lifted elsewhere, Friday's opening up of these prefectures paves the way for a recovery in tourism as the government seeks to revitalize the struggling sector once the coronavirus epidemic subsides. 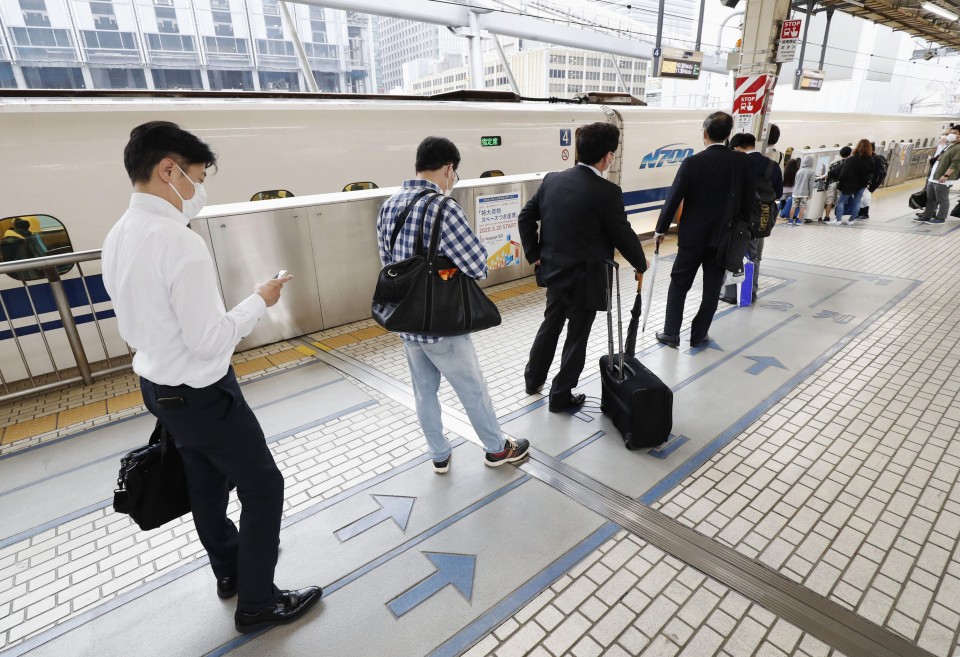 At JR Tokyo Station, many passengers lined up on shinkansen bullet train platforms that had been deserted in recent weeks.

"I appreciate that the travel advisories have been lifted," said Takahiro Okamoto, a 33-year-old resident of Chiba, east of Tokyo, as he prepared to head with his family to Osaka where his wife is due to give birth.

"As (my wife) has been requested by her hospital to stay home for two weeks before admission, we still need to be careful," he said.

"I hope passengers will be able to use (the station) with peace of mind as we carry out frequent disinfection," said Yasuhiro Sato, a Central Japan Railway Co. employee.

Tokyo has the largest number of confirmed coronavirus cases among the country's 47 prefectures, and close economic links with its neighboring districts, while Hokkaido was recently hit by a fresh wave of infections.

For all departing domestic and international flights, All Nippon Airways Co. has started splitting passengers into six groups and inviting those seated at the rear of the aircraft to board first. At Tokyo's Haneda airport, ANA ground staff wearing face shields requested passengers to keep their distance from each other. 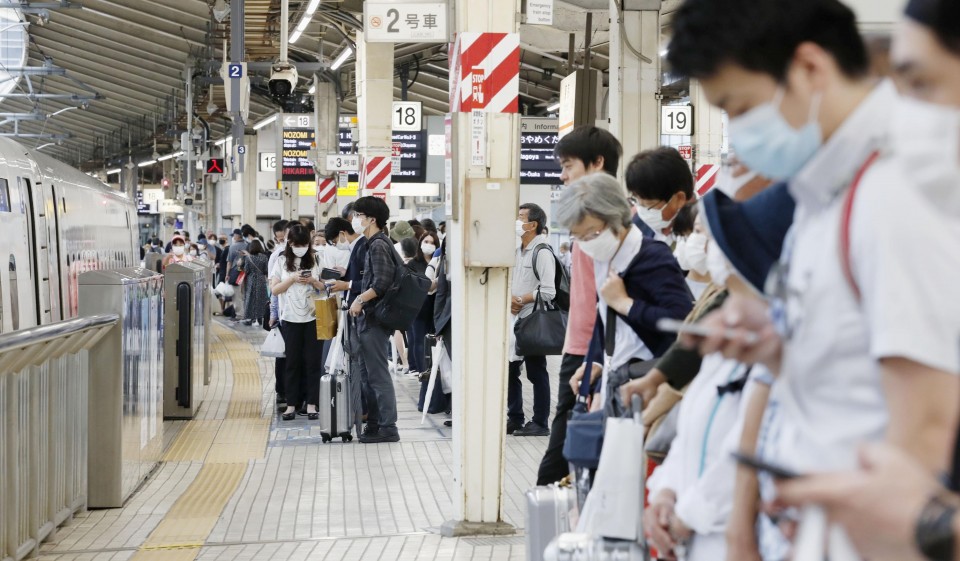 "I think airline companies have responded appropriately," Teruo Anase, a 71-year-old from Hokkaido, said before boarding a flight to Sapporo.

Under the state of emergency, declared ahead of the Golden Week holidays between late April and early May, the government had asked people to refrain from crossing all prefectural borders.

Regional tourist sites were quiet on Friday, with most visitors yet to return. In Iwate, the only prefecture with no reported coronavirus cases, the Buddhist temple Chuson-ji, a UNESCO World Heritage site, remained deserted.

"I hope at least a few visitors come now that advisories on inter-prefecture have been lifted," said Naoko Sato, 57, an employee of a souvenir store close by the temple.

Saori Kishino, 42, an employee of a souvenir store near the famous Toshogu shrine in Nikko, Tochigi Prefecture, said that even those that do venture out can't be open about their travels, with many purchasing only one box of sweets as souvenirs for themselves.

"It'll be a problem if it gets crowded inside the store, so it's difficult for service industries to coexist with coronavirus measures," she said.

Japan has tried to strike a balance between expanding economic activity and adopting stronger precautionary measures, while health experts have warned the country could see a second wave of infections if people let their guard down.

The number of people now allowed at events such as concerts has been raised to 1,000, from 100 for indoor venues and from 200 for outdoor sites.

However, indoor venues are allowed to fill only half their capacity, while those outdoors have been asked to ensure sufficient distancing.

In Osaka, entertainment powerhouse Yoshimoto Kogyo Co. resumed its comedy shows in front of live audiences at the Namba Grand Kagetsu theater in the western Japan city for the first time in three and a half months.

"At last, I have returned to this stage. We will do our best and take great care as it would be meaningless if people became infected after the reopening," Katsura Bunshi VI, a master of rakugo Japanese traditional comedy storytelling, told a news conference.

Professional sports have been allowed to resume -- without spectators -- with this year's Nippon Professional Baseball season starting Friday, while business closure requests for establishments such as nightclubs have also been lifted.

Some baseball fans were seen taking photos outside the Tokyo Dome, the home stadium of the Yomiuri Giants. "I am here to see what the stadium is like on the opening day," Yumi Shimizu, a company employee, said.

"I feel sad that games will be held without spectators. I hope we will be able to watch them as soon as possible," said the 30-year-old from Tokyo's Sumida Ward.

On Friday, over 50 new virus infections were reported in Japan, bringing the total number of cases to more than 18,400, including those from the Diamond Princess cruise ship that was quarantined in Yokohama near Tokyo in February. The country's death toll from the virus stood at 972.