Japanese Rugby World Cup star Kenki Fukuoka will give priority to pursuing a medical career and abandon his bid to play sevens at the Tokyo Olympic Games next summer, a source said Saturday.

The 27-year-old, who is studying to become a doctor, had planned to bid farewell to international rugby after the Tokyo Olympics, originally scheduled for this summer.

But the one-year postponement of the games due to the coronavirus pandemic had reportedly made it too difficult to balance his studies with his rugby commitments. 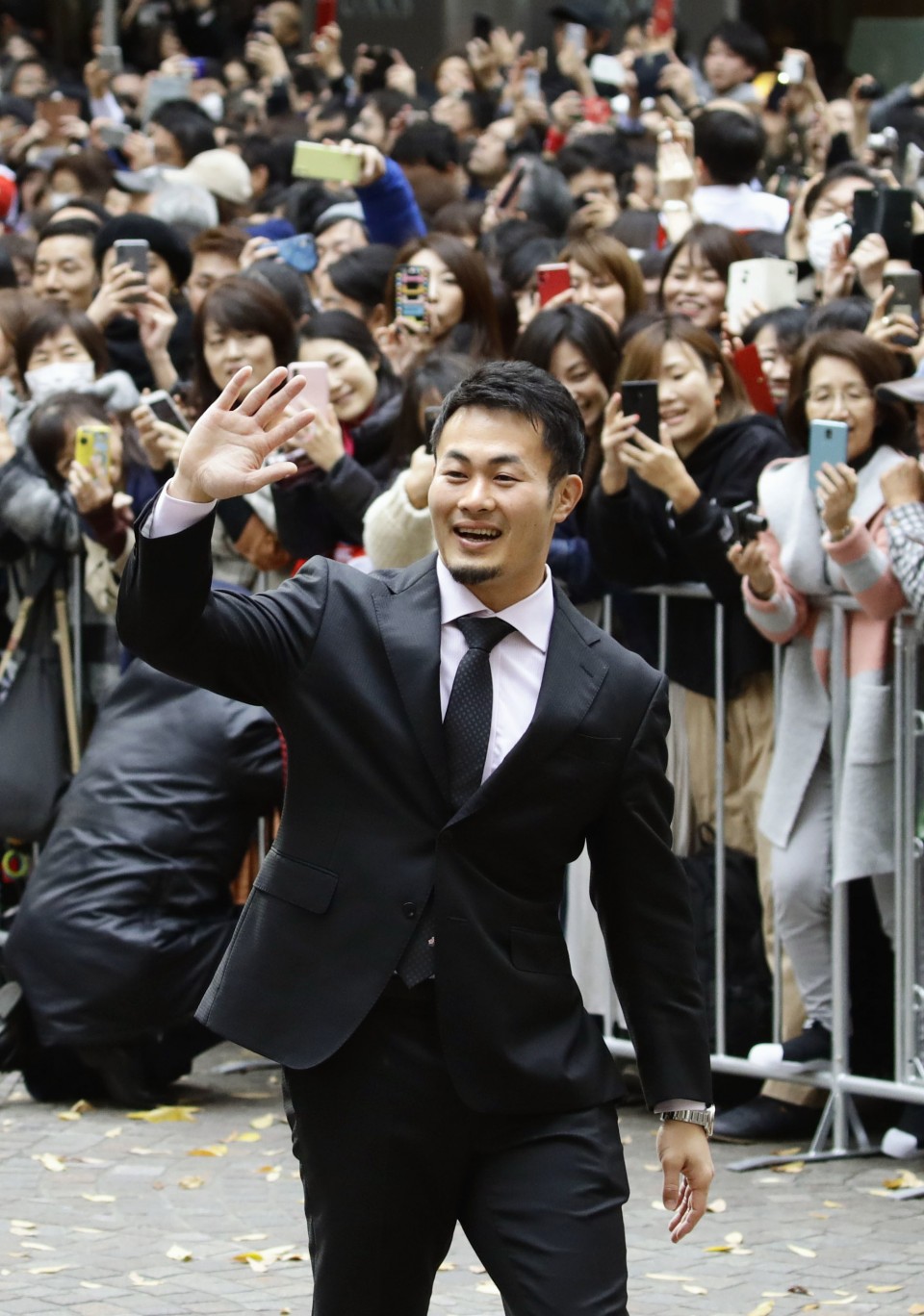 (Kenki Fukuoka waves as he and other members of Japan's Rugby World Cup team parade through Tokyo's Marunouchi business district on Dec. 11, 2019)

The Japan Rugby Football Union has confirmed Fukuoka's departure from the Olympic practice squad. The player is expected to make an announcement in an online press conference scheduled for Sunday.

The speedy winger emerged as one of the stars of last year's World Cup on home soil, scoring four tries and playing an instrumental role in Japan's historic run to the quarterfinals.

He was named man of the match as the Brave Blossoms defeated Scotland 28-21 in their final pool match to ensure their first-ever berth in the knockout stage of the tournament.

Fukuoka said before the World Cup he planned to play one more season of Top League rugby for the Panasonic Wild Knights before entering medical school, with a source from the club confirming Saturday they expected him to suit up next season.