Japan's department sales in May dropped 65.6 percent from a year earlier as the novel coronavirus pandemic continued to take a toll, but the pace of decline moderated following the previous month's record plunge, an industry body said Tuesday.

The latest data from the Japan Chain Stores Association reflected the government's lifting of a nationwide state of emergency in stages during May and compared with April's record drop of 72.8 percent.

While the outcome in May represented the second biggest percentage fall since comparable data became available in 1965, the association said recent sales suggest the recovery trend is continuing, with sales in the first 17 days of June at 41 large outlets down 27 percent from the same period a year earlier.

May sales at 203 outlets run by 73 operators totaled 151.54 billion yen ($1.4 billion) on a same-store basis, marking the eighth straight month of decline, the body said.

Duty-free sales dropped 97.5 percent on a same-store basis to about 770 million yen with Japan's cross-border travel restrictions for over 100 countries still in place.

By product, sales of clothing fell 74.1 percent and those of miscellaneous products such as cosmetics and jewelry shrank 74.5 percent, respectively.

Sales of food items sagged 45.2 percent, showing a comparatively milder decline than most other items as many stores kept their grocery floors open.

Meanwhile, sales at supermarkets, which were exempted from the government's business closure advisory, rose 1.3 percent in May from a year earlier, with consumers stocking up on food and eating more meals at home, according to data released the same day by the Japan Chain Stores Association. 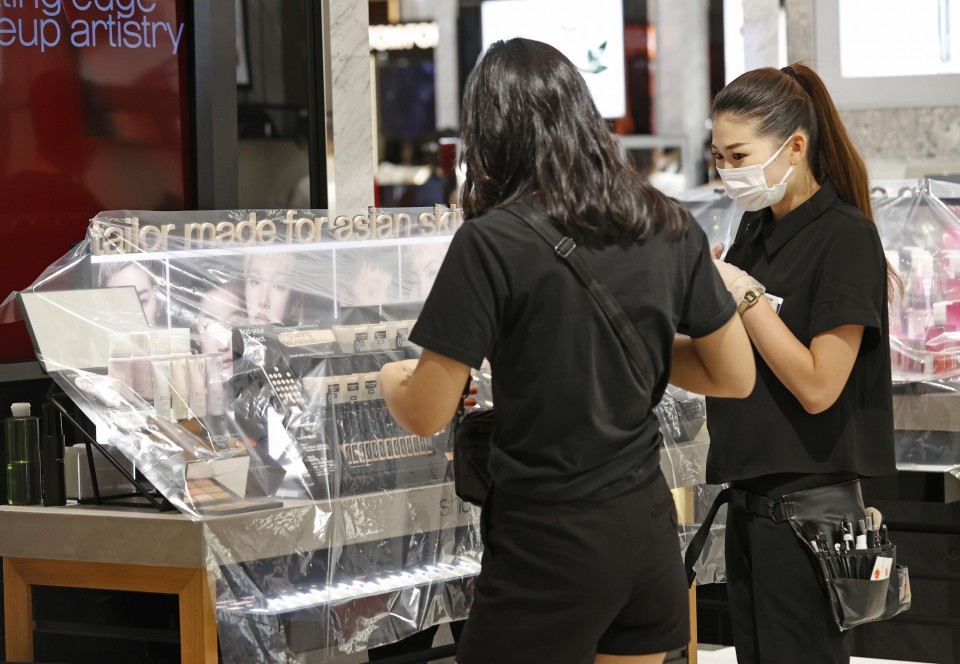 (Customers shop at an Isetan department store in Tokyo on May 30, 2020, on the first weekend after Japanese Prime Minister Shinzo Abe announced an end to the coronavirus state of emergency)