Performing in a team setting comes naturally to Yoshito Okubo, his long and successful career at the pinnacle of Japanese soccer teaching him the collective always wins out over the individual.

Despite this, he sometimes found himself struggling to emulate his on-field work ethic and hustle at home, until the coronavirus pandemic changed everything. 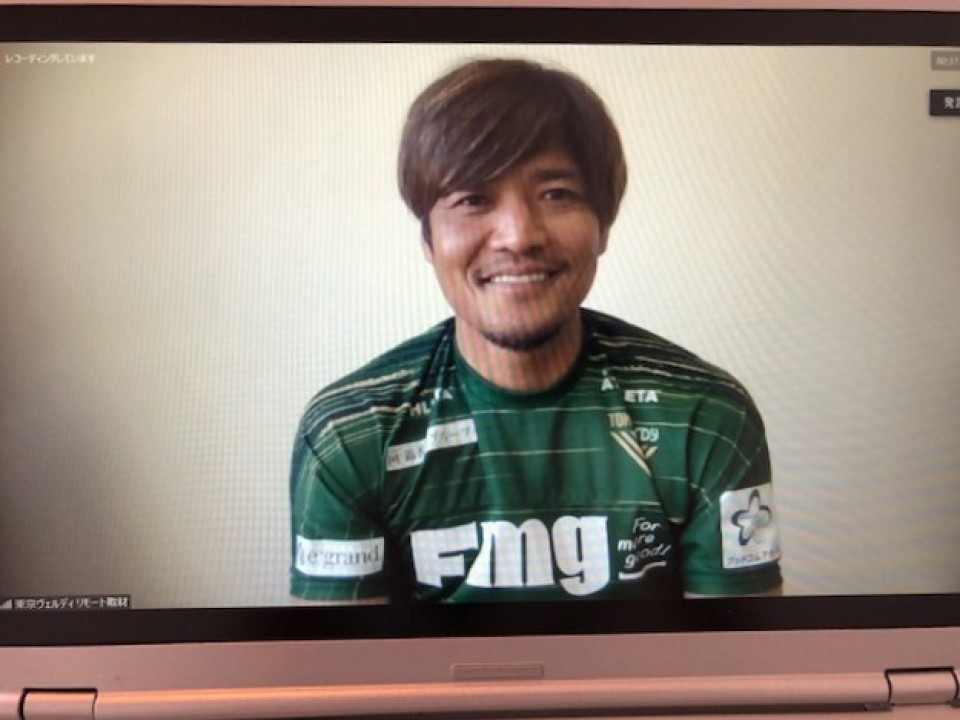 When pandemic-necessitated school closures shut children out of classrooms, Okubo suddenly found himself in the unfamiliar position of spending his waking hours shifting between the role of a parent, teacher and playmate.

Try hunkering down under one roof breaking up fights between your four sons, the 38-year-old said with a somewhat resigned look on his face. His troublemaking troopers are aged 14, 10, 8, and 3.

"With kids around 24/7 there's no way for me to keep the house clean, and getting three meals on the table every day has been a challenge for my wife," Okubo told Kyodo News in a recent video interview.

As a striker, his familiarity with facing adversity on the soccer pitch helped Okubo score some goals on home turf, starting in the kitchen.

"I made curry rice once and everyone loved it. After trying laborious and time-consuming tasks like peeling and cutting vegetables, I have much more appreciation for my wife," he said, confessing that it was the first time in his life he cooked a meal. 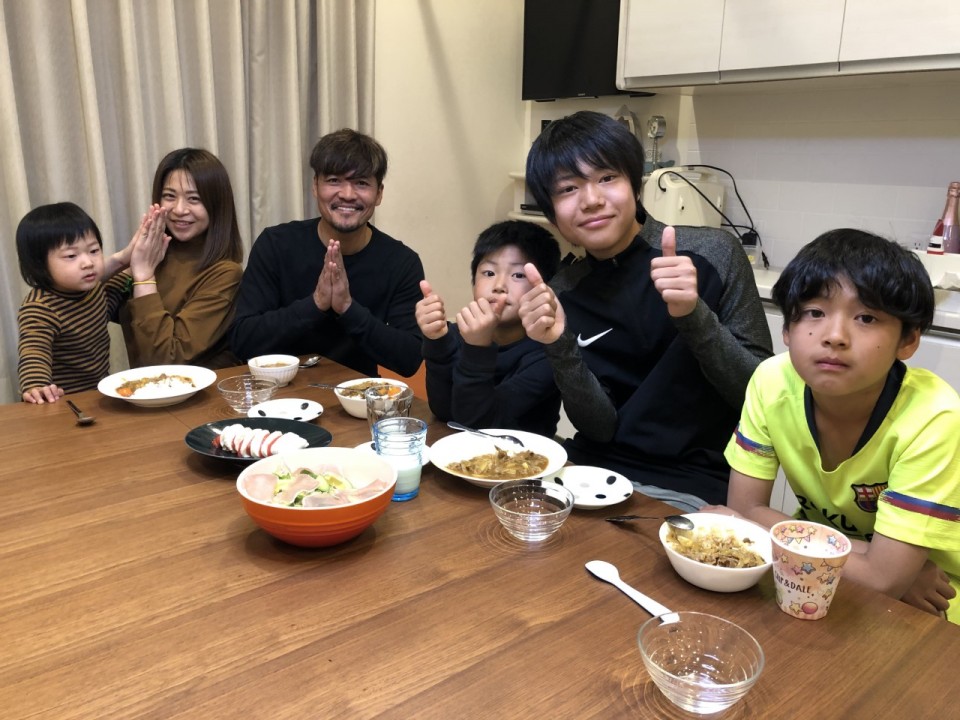 Veteran soccer player Yoshito Okubo (3rd from L) poses for a picture with his family at their home in Kanagawa Prefecture after cooking a meal for the first time in his life during the stay-at-home period amid the coronavirus outbreak. (Photo courtesy of Okubo)(Kyodo)

As sports and businesses slowly return, Okubo has been reveling in his new normal, especially grateful for the things he took for granted before life was turned upside down.

He may have rejoined Tokyo Verdy for training on May 29, but he cannot ever see life going back to the way it was, proudly explaining that cleaning the house and washing dishes have become a part of his new morning routine.

Okubo is one of the many fathers in Japan who in recent months have learned how dividing household chores is just as important as chemistry for maintaining a happy and lasting relationship.

"I'm guessing the coronavirus served as a wake-up call for many fathers in Japan to share the load with their wives. I'll bet many of them, like me, learned to help," Okubo said. 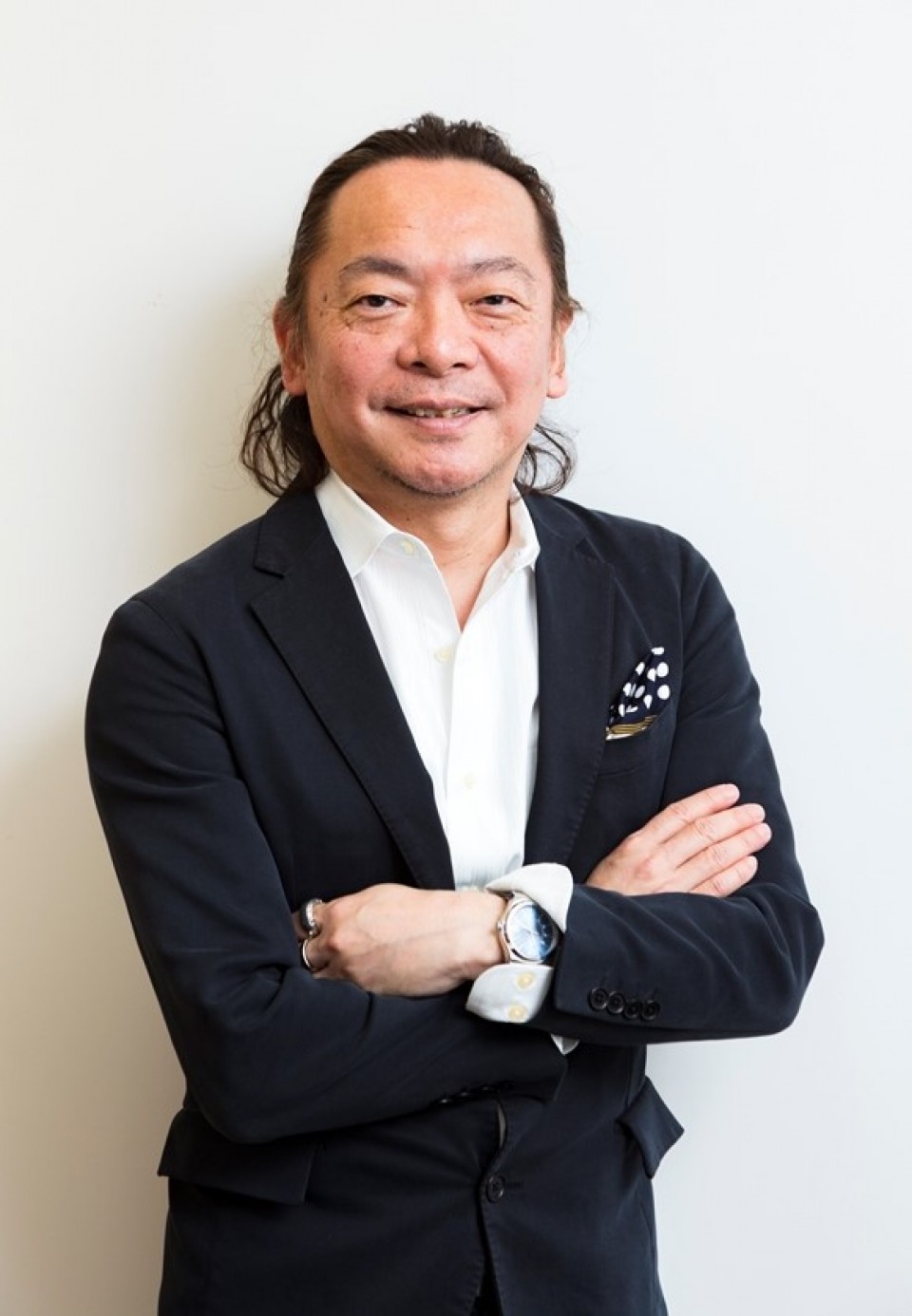 "Helping" may seem like a gesture of love, but parenting expert Tetsuya Ando, the founder of nonprofit organization Fathering Japan, points out that it is a problematic concept.

"I want men in Japan to consider this their chance to put more time into their families, get to know their kids, and share home and child-rearing responsibilities with their wives," he said.

According to a recent survey conducted by the Nomura Research Institute of approximately 6,000 people, only 24.5 percent of men in their 30s and 40s in dual-income families said they increased the time they spent on domestic tasks since the first wave of the coronavirus appeared, and 27.7 percent said they put more time toward caring for their children.

Ando says men had similar opportunities to change after the collapse of Lehman Brothers and related financial crisis in 2008, and in the aftermath of the Great East Japan earthquake in 2011, but unfortunately many slipped back into their old ways.

In order for Japanese men to realize there is more to life than work, fathers have to rewire their brains to be more like a mother's, says Ando, explaining that the only way to do that is through hands-on parenting experience.

If dads roll up their sleeves and start changing a few diapers, reading to or feeding their kids without having to make panicked phone calls to their wives, and those things start to feel natural, the rewiring may be under way, according to Ando.

Though he has never been an office worker, Okubo wants fathers who are relatively absent from the home and are not active in their kids' lives because of work commitments to reassess.

"I wish I had a solution," the player who represented Japan at the 2010 and 2014 World Cups laments.

Okubo left home for boarding school after he finished elementary school, and he had always envied his friends who had open, honest relationships with their fathers.

He remembers his dad taking him to batting cages and ramen shops, but cannot recall them ever having a man-to-man talk.

So when he had children of his own, he knew he wanted to be an emotionally available parent. 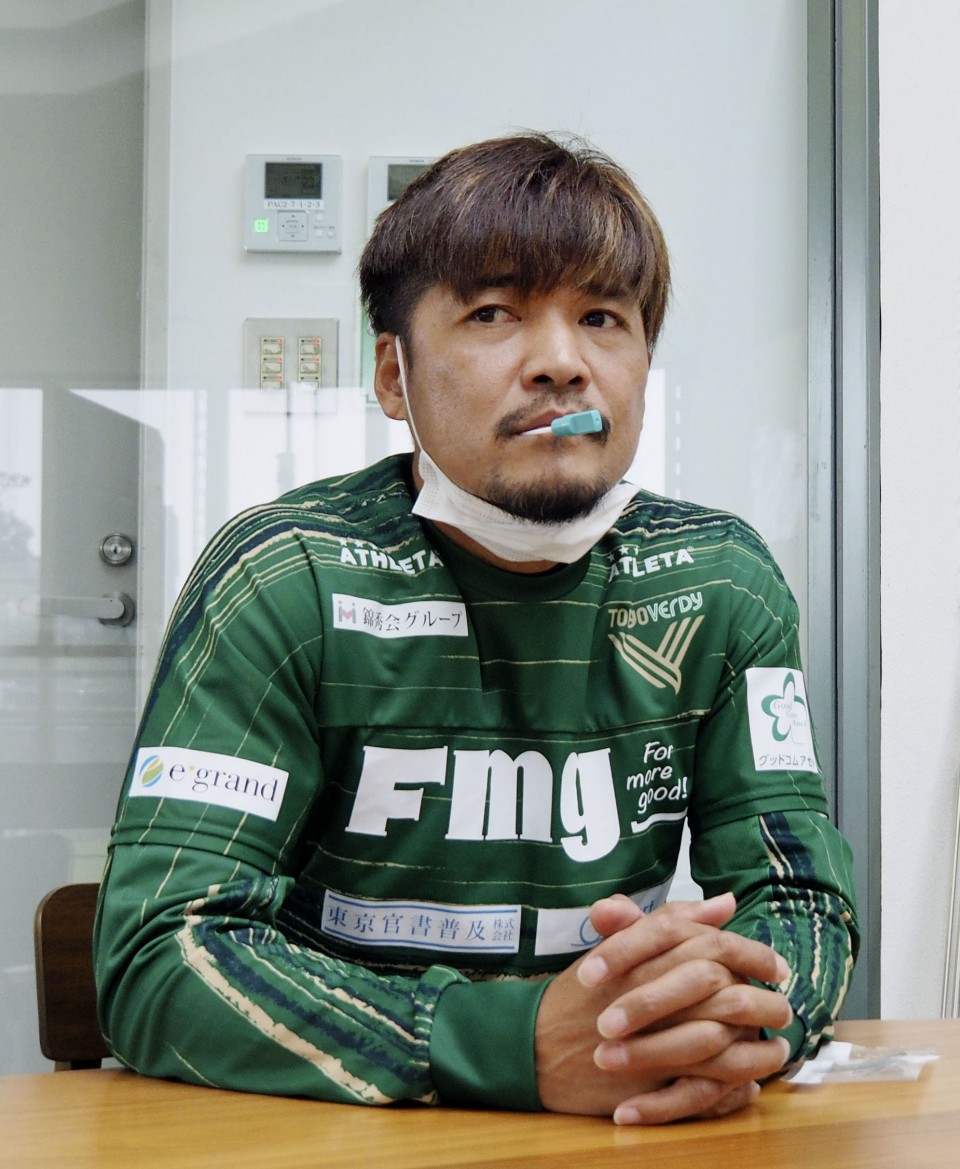 "During the stay-at-home order they were excited that I was home, but that's not to say it was always peaceful. Siblings fight. I had to stop the drama. I also witnessed my eldest son, the ninth-grader, turn into a rebellious teenager during that period."

Fathering Japan's Ando, whose NPO has over 300 members, wants dads to know that having a baby is disruptive to both partners' lives, a fact he backs up with studies. Women, he says, are often increasingly unhappy with their marriages after childbirth because they begin to feel an imbalance in workload.

"I want fathers to know the facts and feel threatened because, otherwise, they won't take action. Through our workshops we support fathers who want to develop nurturing relationships with their children. It doesn't happen automatically," he says.

"I don't think wives are counting how many diapers their husbands changed or how many dishes they've washed. It's not the amount of time a man devotes into housework that matters, but whether he's being a contributing member of the family."

The difficulty is reaching the masses, Ando says. Half of the fathers who take part in Fathering Japan classes do so because their wives sign them up, he says.

And that is why he thinks it is great that influential, high-profile figures like Okubo are using their platforms to encourage father-child bonding. The more positive role models for fatherhood we have in Japan, the better, he says.

Okubo has always been happy to share the trials and tribulations that his family members experience.

"I have no issue posting photos of my family on social media. I want my fans to see a different side of me, and if someone gets a good laugh out of my parenting episodes at least I'm helping someone," he says.

In one Instagram post in October 2015, he posted a photo of himself and his three sons all smiling with freshly shaved heads. Okubo explains in the caption that they cut their hair off in solidarity with his wife who at the time was undergoing chemotherapy.

"To me being an athlete and a dad is more of an advantage than a disadvantage. Even after a bad day, like when I play in a loss, I can relax and be myself at home. My family gives me a sense of emotional security."

The coronavirus will someday loosen its grip and the world will return to some sense of normal, but people's family life may not change back in tandem, with a new set of values, beliefs and needs taking hold.

Like everyone else, the Okubo family is adjusting to this new reality.

"I'd watch the kids and do the dishes when my wife wants to go to yoga lessons. I have no problem with that."

"Happy wife, happy life" is a good motto to live by, Okubo says.

"I knew all four of them have different personalities, but I got to know my kids better during the last two months. We learned to take care of ourselves and each other. Of the many lessons we've learned, that's probably the most important of all." 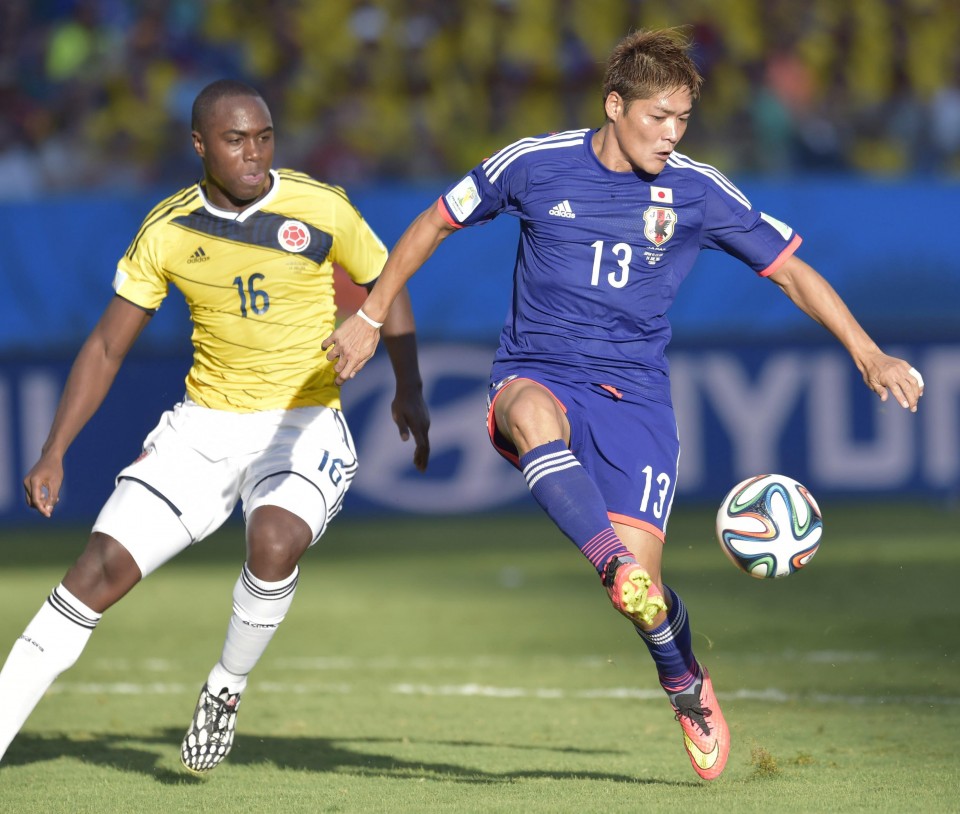