A cat in central Japan's Toyama city has been honored by local police for helping lead to the rescue of an elderly man who had fallen into an irrigation channel.

On June 16, a 77-year-old woman taking a walk around 7:30 p.m. found female cat Koko, who belongs to a neighbor, staring into the canal and acting strangely. When she followed the cat's gaze, she found a man lying on his back in a 60-centimeter-wide, 40-cm-deep canal. The water was about 15 cm deep.

Calling out for help from her 48-year-old daughter who lives nearby, she immediately went to the man's rescue, and was shortly joined by Koko's owner, 45-year-old Tomoko Nitta, and her 20-year-old and 18-year-old sons. 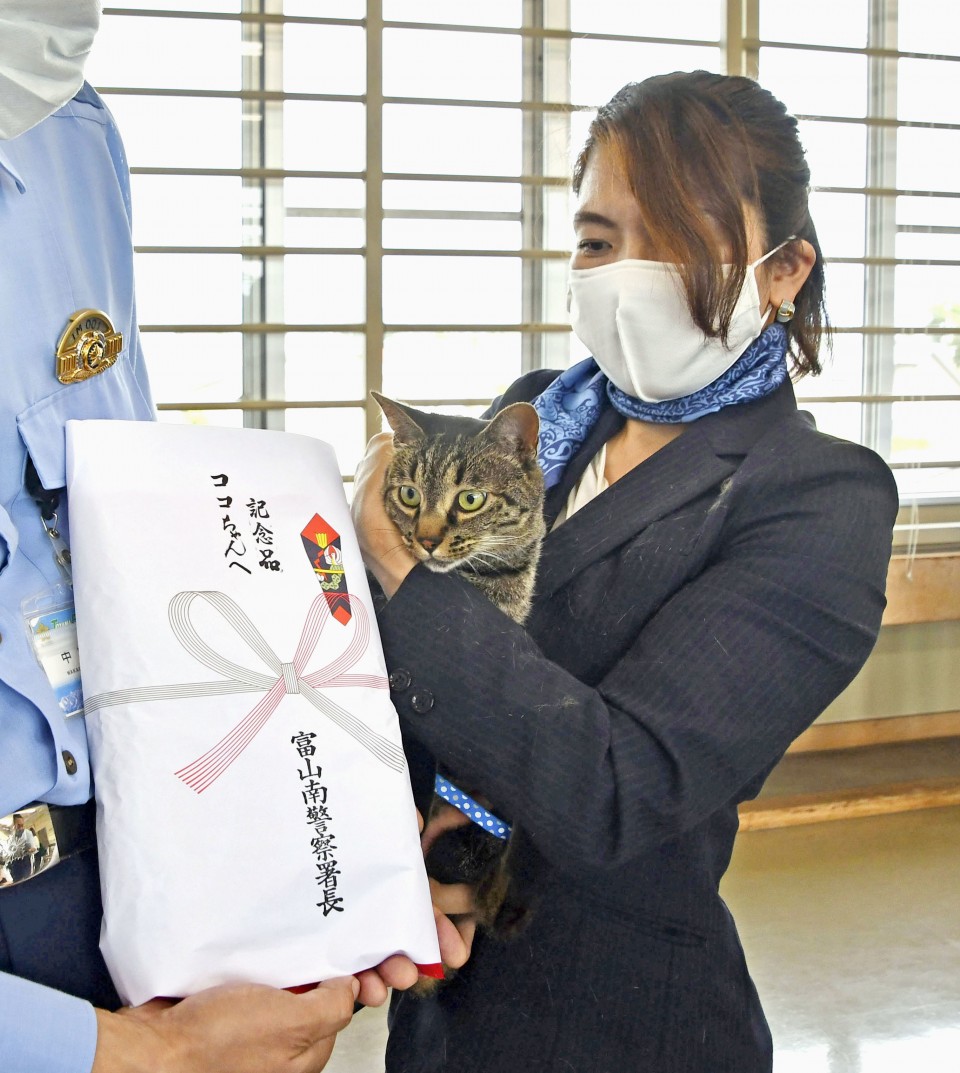 Tomoko Nitta and her cat Koko receive an award at a police station in Toyama on June 27, 2020. Koko discovered an elderly man had fallen in an irrigation channel in the central Japan city on June 16, leading to the rescue of the man by Nitta and four neighbors. (Kyodo)

The five people managed to lift the man out of the canal. He was found to have sustained only scrapes.

Toyama Minami Police Station honored the five neighbors with certificates of commendation on Saturday, while Koko got some cat food.

Holding Koko in her arms, Nitta said, "I want to tell her well-done, as (her discovery of the man) led to his rescue."

Satoshi Nakada, chief of the police station, said the "bonds among local residents, including the cat, saved a man's life."

But Koko, described by Nitta as being "shy of strangers," appeared not to welcome the police chief's attempt to stroke her head, which she turned away from him. 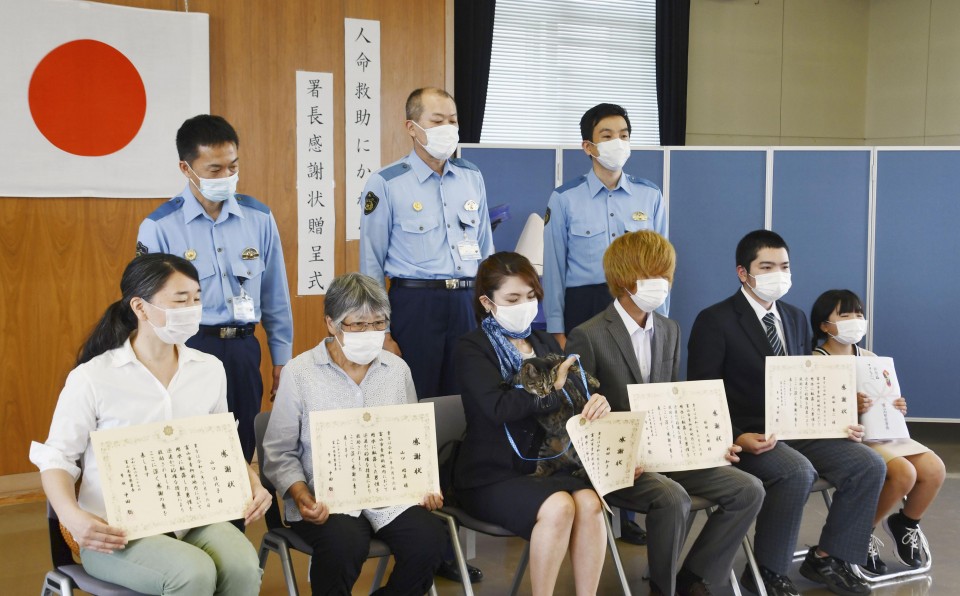 Tomoko Nitta (C) and her cat Koko, along with four neighbors, receive an award at a police station in Toyama on June 27, 2020. Koko discovered an elderly man had fallen in an irrigation channel in the central Japan city on June 16, leading to the rescue of the man by Nitta and the neighbors. (Kyodo)