Only 60% of municipalities have emergency supplies for infants, elderly

Only around 60 percent of 131 municipalities in Japan have emergency food supplies designed for infants, the elderly and other vulnerable people during times of disaster, as most of them prioritize stockpiling staple foods for the general population, a Kyodo News survey showed Tuesday. 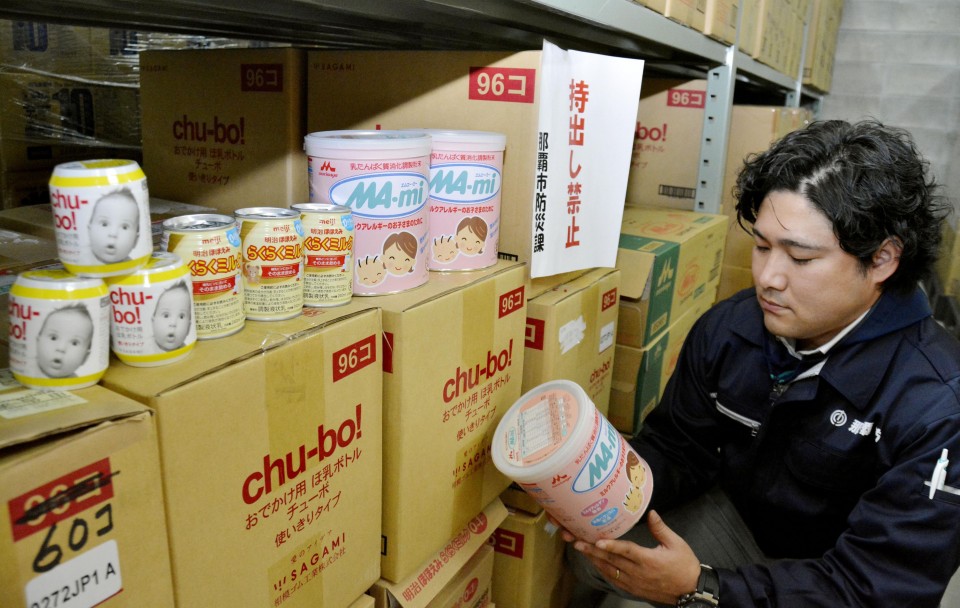 The survey was sent to 84 major cities including prefectural capitals and designated cities, as well as 47 towns and villages across the nation. Replies were received between January and March.

Local governments have a tendency to prioritize stockpiling staple food for the general public, such as dried rice that is ready to eat just by adding water, and rely on private companies to supply food for infants and the elderly during an emergency.

Among municipalities that did not have powdered milk or rice porridge in their emergency food stores, around 35 percent said they planned to procure the supplies during times of emergency from private businesses under supply agreements.

But observers say that while such an arrangement will make it easier to control inventories, distribution networks could be disrupted during an emergency.

Around 20 percent responded that they advise households to prepare such supplies on their own.

"Increasing the variety of foods would increase purchase and inventory control costs," one municipality said.

"We are not sure what amount of each product would be sufficient," another municipality said.

The survey found a stark contrast between the variety of emergency foods prepared by populous big cities and by smaller towns and villages.

While 82 percent of the 84 major cities had supplies of powdered milk, only 38 percent of towns and villages did, with a similar disparity shown for other food types.

"Households that require special consideration should always have two weeks' worth (of food supplies) at hand," said Nobuyo Kasaoka, head of the Global Disaster Nutrition section at the National Institute of Health and Nutrition.