Over half of young adults in Japan said they felt there was a gap between the learning opportunities they had access to compared with those of other students in the wake of school closures caused by the spread of the novel coronavirus, according to a recent survey.

The online survey, carried out by the Tokyo-based nonprofit organization Nippon Foundation, found 58.6 percent of respondents aged 17 to 19 felt there was an inequality in education during the pandemic, with some noting the lack of online classes in some schools during the closures. 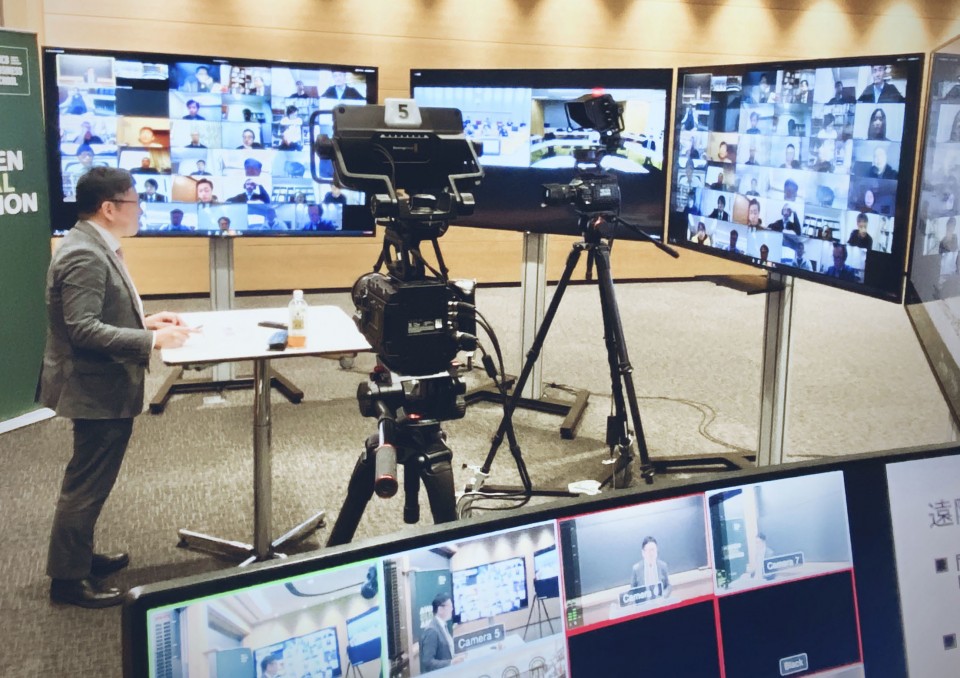 Undated supplied photo shows a class at Nagoya University of Commerce and Business conducted online. (Photo courtesy of the university)(Kyodo)

In the May 26 to 28 survey that covered 1,000 people, some said there were huge discrepancies depending on location and cited the family situation of students, such as whether they had the means to secure the necessary equipment for online learning.

As to what concerned them about extended school closures, those who were worried about their studies accounted for the largest number at 37.4 percent, while for 20.3 percent it was communicating with friends. Respondents concerned about entrance exams for higher education or their employment prospects came to 17.8 percent.

In a section inviting any other comments, some wrote that they were hesitant about their first online classes, and that they were unable to make new friends since starting university.

In a multiple-answer question on potential solutions to making up delays in studies, the most cited measure at 52.5 percent was increasing online classes.

A total of 38.8 percent said schools should reduce the number of holidays, such as shortening the summer vacation, a move that a number of municipalities are considering or have decided to implement.

In the event of another school closure, 50.8 percent said schools should implement and maintain online classes.

"Despite being hesitant about their first virtual classes, they may be expecting this could eliminate inequality or delays in education caused by the spread of the virus," the foundation said.