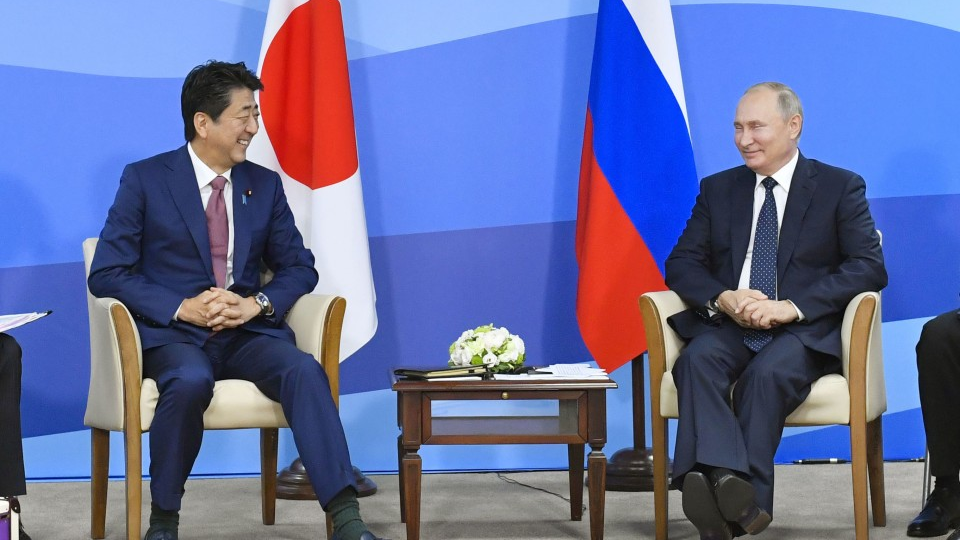 TOKYO - Japanese Prime Minister Shinzo Abe will not visit Moscow next week to attend a parade commemorating the 75th anniversary of the defeat of Nazi Germany in World War II, a government official said Friday.

Abe was invited to the parade, originally scheduled for May 9, before it was postponed due to the coronavirus pandemic. He had also been slated to hold a summit with Russian President Vladimir Putin during the trip.

Russia has been notified that Abe will skip the rescheduled parade next Wednesday to focus on responding to the virus outbreak in Japan, Hideki Uyama, deputy director general of the Foreign Ministry's European Affairs Bureau, told an upper house committee.

Abe had been leaning toward skipping the parade because the schedule clashed with a Group of Seven summit that had been slated to be held in the United States around the same time.

Although the G-7 summit was eventually postponed until the fall, there are lingering concerns over the continuing spread of the coronavirus in Russia, which has seen the third most infections globally behind the United States and Brazil.

Abe and Putin last held talks in September last year in Vladivostok, in Russia's Far East, with the aim of advancing stalled negotiations over a long-standing territorial dispute between their countries.

But the organizer of the Eastern Economic Forum said Friday it has called off the annual event this year and plans to resume it in September 2021, meaning Abe will not be able to meet Putin on the occasion this fall.

Abe has joined the forum for four consecutive years beginning in 2016, holding bilateral talks with Putin each time. The organizer did not reveal the reason for forgoing the event.

The spat over the Russian-held group of islands off Hokkaido, which Japan calls its Northern Territories and Russia calls the Southern Kurils, remains a hurdle to the signing of a postwar peace treaty between the countries.