Former Japanese abduction victims of North Korea mourned the death Friday of Shigeru Yokota, a key figure in the fight to bring abductees home, and vowed to continue pressing for a resolution to the issue as surviving family members age.

"I am frustrated, sad, and my heart breaks. So many thoughts are running around in my mind," Hitomi Soga, 61, told reporters Saturday in Sado Island, Niigata Prefecture. Yokota died at age 87 without seeing his daughter Megumi after she was kidnapped in 1977 when she was 13 years old.

Reading aloud a letter addressed to Yokota, who along with his 84-year-old wife Sakie carried on their cause for more than 40 years, Soga said, "We will turn the pain into our strength to continue our movement, and will do our best to work toward an early resolution." 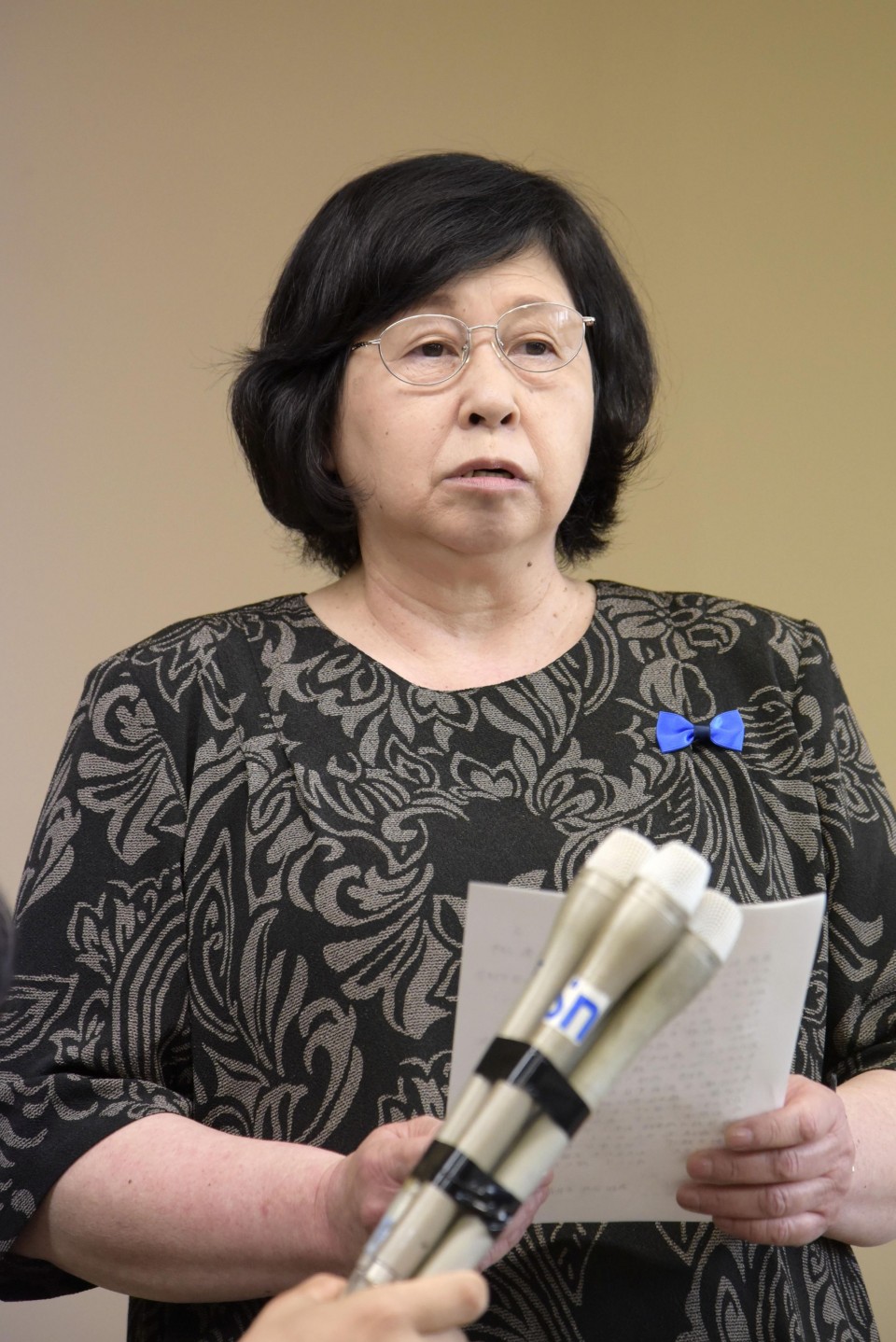 Hitomi Soga, a former Japanese abduction victims of North Korea, reads a letter on June 6, 2020, addressed to Shigeru Yokota, a key figure in the fight to bring abductees home who died the previous day. (Kyodo)

"I cannot thank him enough from the bottom of my heart for having rescued me," she said. Soga is among five Japanese kidnapped by the North decades ago who were allowed to return home in 2002.

Yasushi Chimura, 65, and his wife Fukie, 64, who were among the five, has said through their city government that they were grateful for Yokota who "put an extreme amount of effort into our rescue."

The Yokotas, along with seven other families of Japanese citizens abducted in the 1970s and 1980s by North Korean agents, formed a group in March 1997 to raise public awareness and pressure the Japanese government on the issue.

"The abductees' families are getting older and there is no time to lose to resolve the issue," the Chimuras, who live in Obama, Fukui Prefecture, added.

In a comment issued through their city government in Niigata's city of Kashiwazaki, Kaoru Hasuike, 62, and his wife Yukiko, 64, said, "We cannot calm our anger at North Korean authorities who until the very end blocked the parents and their child from reuniting.

The Japanese government officially lists 17 people as having been abducted but suspects North Korea was involved in more disappearances. Of the 17, including the five who were repatriated, Pyongyang maintains that eight died, including Megumi, and that the other four never entered the country.

Megumi's friends and former classmates also expressed their frustration. Emiko Shimbo, who was friends with Megumi in elementary school and junior high school, told Kyodo News that she was "sad and bitter" that the father and daughter were unable to reunite.

Shimbo said she last visited Yokota in a hospital in March, adding that she and her friends now want to lend their support to Sakie.

Sakie said in a statement Friday also signed by the couple's sons, Takuya and Tetsuya, "My husband and I did our best together, but he passed before seeing Megumi again. I'm at a loss right now."

Mother dies at 94 with daughter's return from North Korea unfulfilled