The idea, along with tougher punishments for school teachers who commit sexually lewd acts, was added to a draft policy plan which the government aims to submit at a meeting Thursday to discuss steps against sexual violence and crimes, the source said.

The plan, to be implemented within three years, is expected to be reflected in the annual economic policy blueprint to be compiled in July. 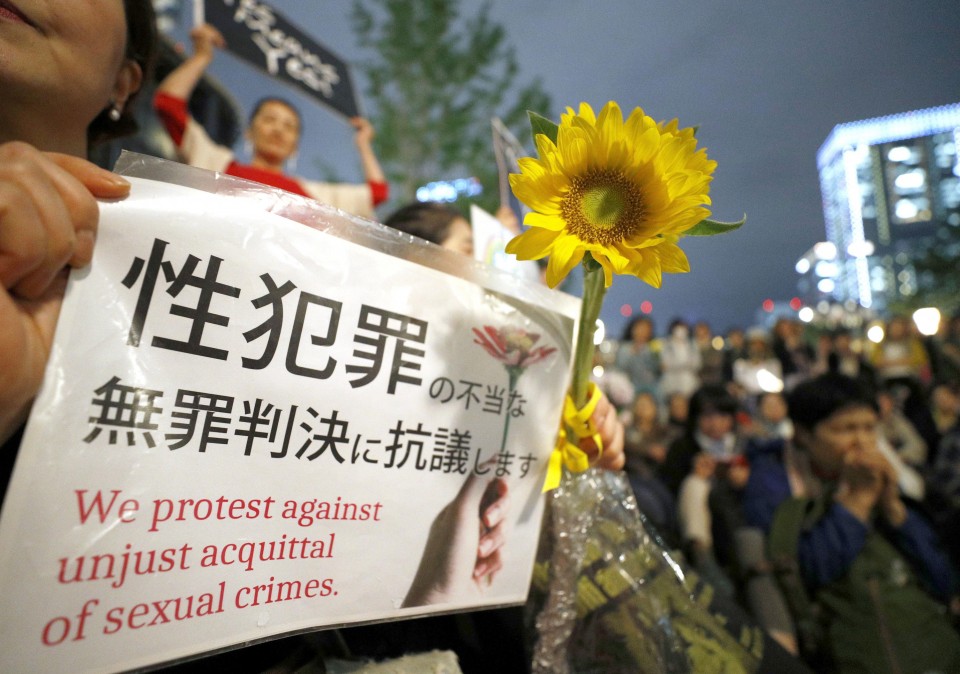 Women take to the streets in Tokyo on June 11, 2019, to protest a series of court acquittals of men in sex crime cases. (Kyodo)

The government will study overseas laws and monitoring technology for their discussion on the issue. It will also consider tougher rules on teachers who commit obscene acts, including dismissal.

According to the Justice Ministry's 2015 White Paper on Crime, the recidivism rate for sex crimes was 13.6 percent, based on a study of around 1,800 people who had been convicted during one year from July 2008 of crimes including rape and forced indecency.