Prominent Hong Kong pro-democracy activist Joshua Wong on Wednesday accused China of using the coronavirus pandemic to silence protesters in Hong Kong and employing "wolf diplomacy" to deflect criticisms leveled at it from other countries.

"The pandemic comes from China, but China is just using the effort and attention (in the hopes of turning) Hong Kong into another Xinjiang," Wong said, referring to Beijing's crackdown on Uyghurs and other minority Muslims in the country's far west Xinjiang region. 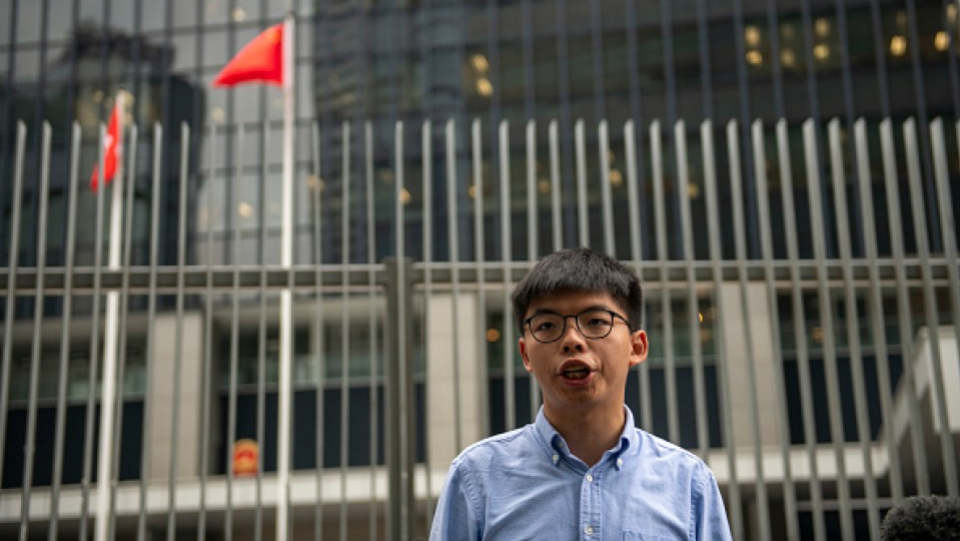 In an online press briefing organized by the Foreign Correspondents' Club of Japan, he was joined by fellow pro-democracy advocate Agnes Chow and Au Nok-hin, a former lawmaker in the city's legislature who was arrested in a police roundup in April.

Au, who has now been released, criticized China for using COVID-19, the pneumonia-like disease caused by the virus, as "an excuse to try and suppress Hong Kong's freedom and democracy."

"The police try to use the fines as a penalty to control the crowd," and investigate shops and restaurants operated by those who support the anti-extradition movement so frequently they can't do business, he said.

Chow agreed, saying, "It is very obvious the Hong Kong government is always trying to use the excuse called 'coronavirus' to suppress the protest movement in Hong Kong."

With the annual vigil to commemorate the anniversary of the Tiananmen Square massacre on Thursday banned for the first time in Hong Kong, there are growing fears that Beijing's grip on the former British colony is tightening.

China's parliament last month passed a resolution on the introduction of a national security law to crack down on what it views as subversive activity in Hong Kong.

"In the context and the framework of Hong Kong, national security just means how loyal to Beijing, and serving the interests of the communist regime, instead of safeguarding the basic freedoms of Hong Kong," Wong said.

However, Wong said that China has broken that promise.

"Once the national security law passes, we might not be arrested by Hong Kong police anymore. In Hong Kong, protestors, journalists, NGOs and religious groups might be arrested by secret police appointed by Beijing," said Wong, who has served three jail sentences in Hong Kong for his activism.

The three speakers called on the international community to take a more active role in opposing the national security law, which could signal the end of the free flow of information, the free flow of capital, and the economic freedom that has formed Hong Kong's status.

"I just worry that the first it's Hong Kong, the next it's Taiwan, and later on it's the rest of Asia," Wong said.

"We urge all leaders in Asia to send a clear signal to Beijing: tightening Hong Kong's freedom should not be the way out."